As I said in my last post Andrew was a cow in the Christmas program for his school.  Monday night was the big performance and I was so excited leading up to it.

On Monday I had to pack a lunch for him because they were bussing the kids to the church in the morning to have a little run through and then they were having a picnic lunch with the kids. Andrew was pretty pumped about getting to ride a bus like a big kid and according to J that was all he talked about on the way to school that morning.

I left work at 4:00 so I could go pick him up and get him home to eat dinner before we had to head to the church at 6:00. I put the pants of his costume on him and told him we'd wait til we got there to put the top on so he wouldn't get messed up.  We grabbed the cameras, some snacks for Elliot and the diaper bag and headed out the door.  We got there right at 6:00 and headed in to find out where he was supposed to meet everyone.

We found the room where they would be performing and I took Andrew back to the waiting area. His teachers were rounding everyone up to sit in a circle and I couldn't stop smiling at the cuteness: 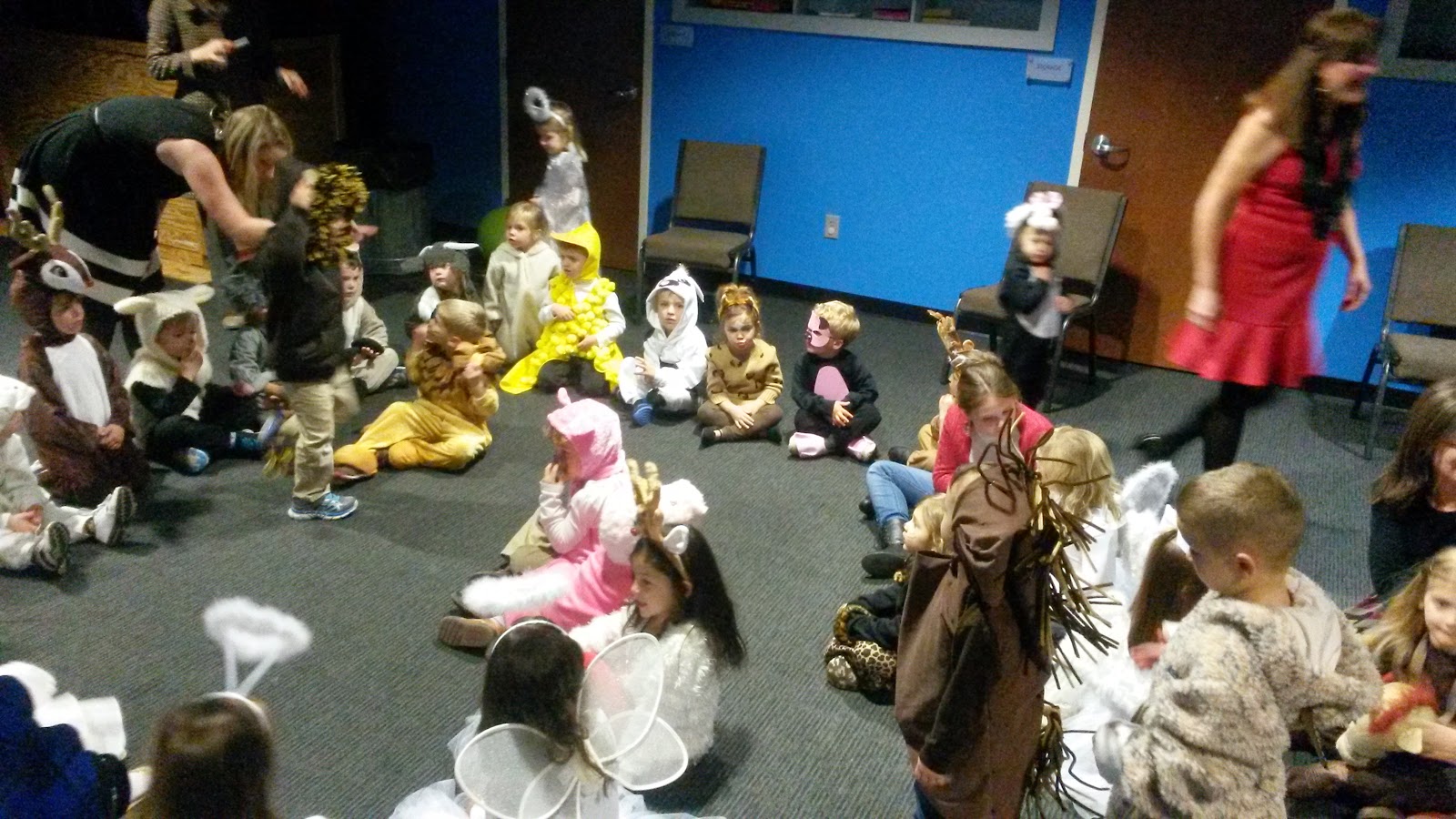 I snapped a few pictures and headed out to find our seats.  We had about 20 minutes to entertain Elliot before the program started. Fortunately he was pretty happy to stand in front of us and eat some goldfish snacks while watching all of the action around us: 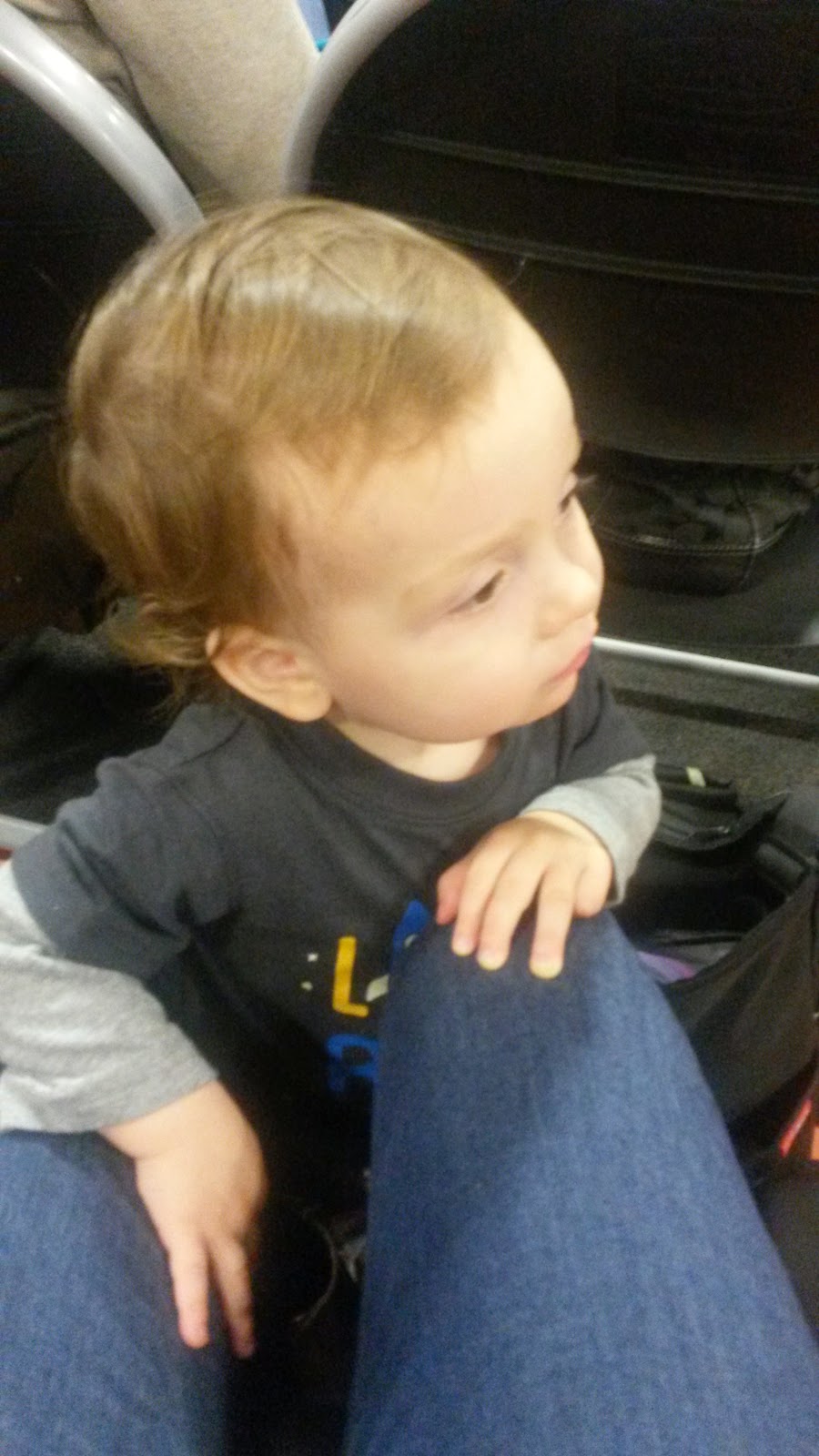 At 6:30 the director of the school said a few words letting us know that the kids were so excited, but that if anyone saw their child getting upset and freaking out they could go get them off the stage.  Right after that the kids started coming out: 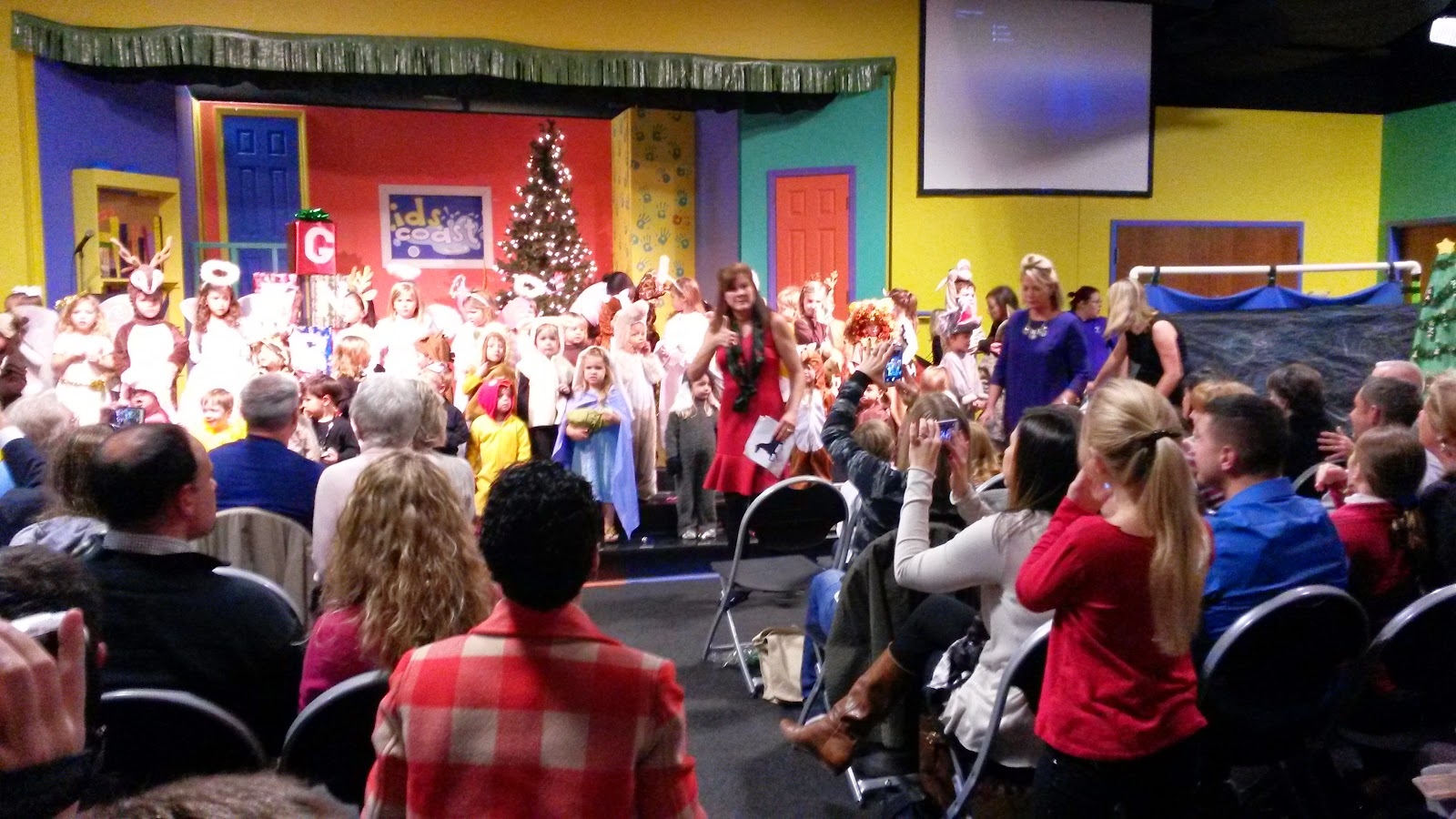 Unfortunately Andrew ended up being to the far right so it was hard to see him. I didn't want to stand up and block the view of parents behind us, but I held up my phone to snap some pics: 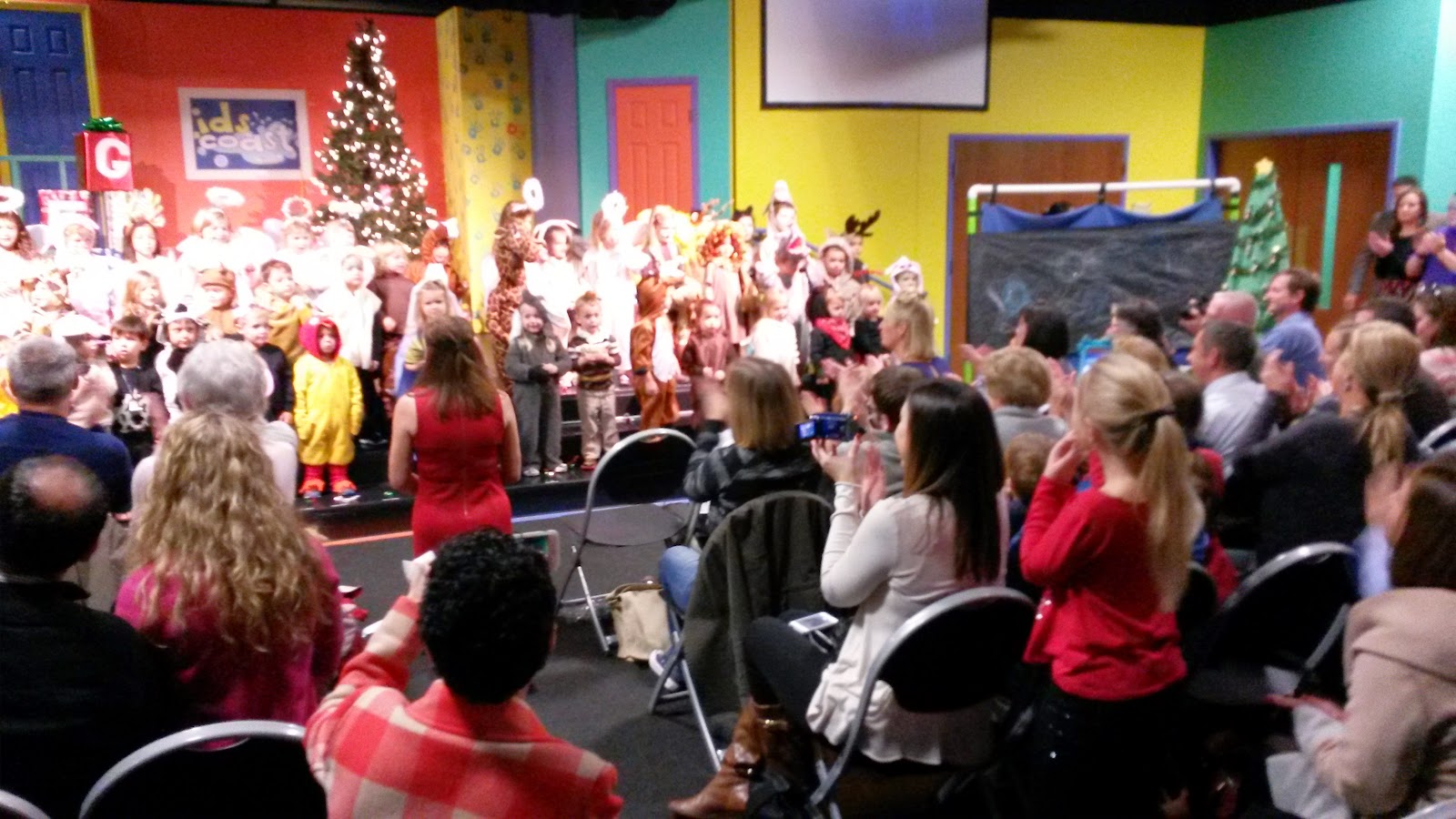 He's the little head all the way to the right: 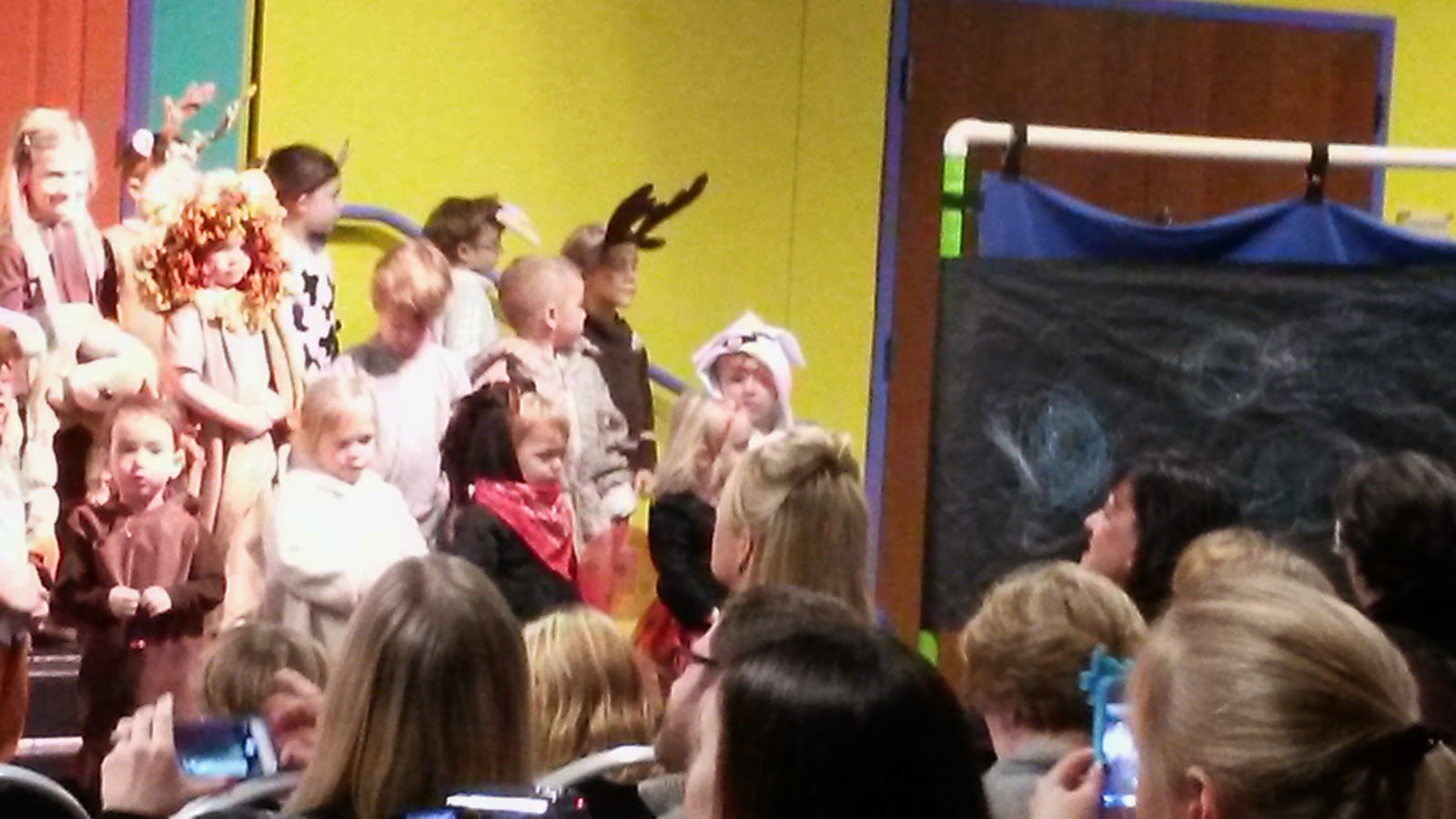 I could see him looking around for us and I finally made eye contact with him. Once he saw me he got a giant smile on his face.  They sang a whole medley of songs. We got some video with the flip camera, but I was trying to do it while juggling Elliot so it's kind of shaky. I got this one with my phone:


Elliot hung out with me and watched the singing: 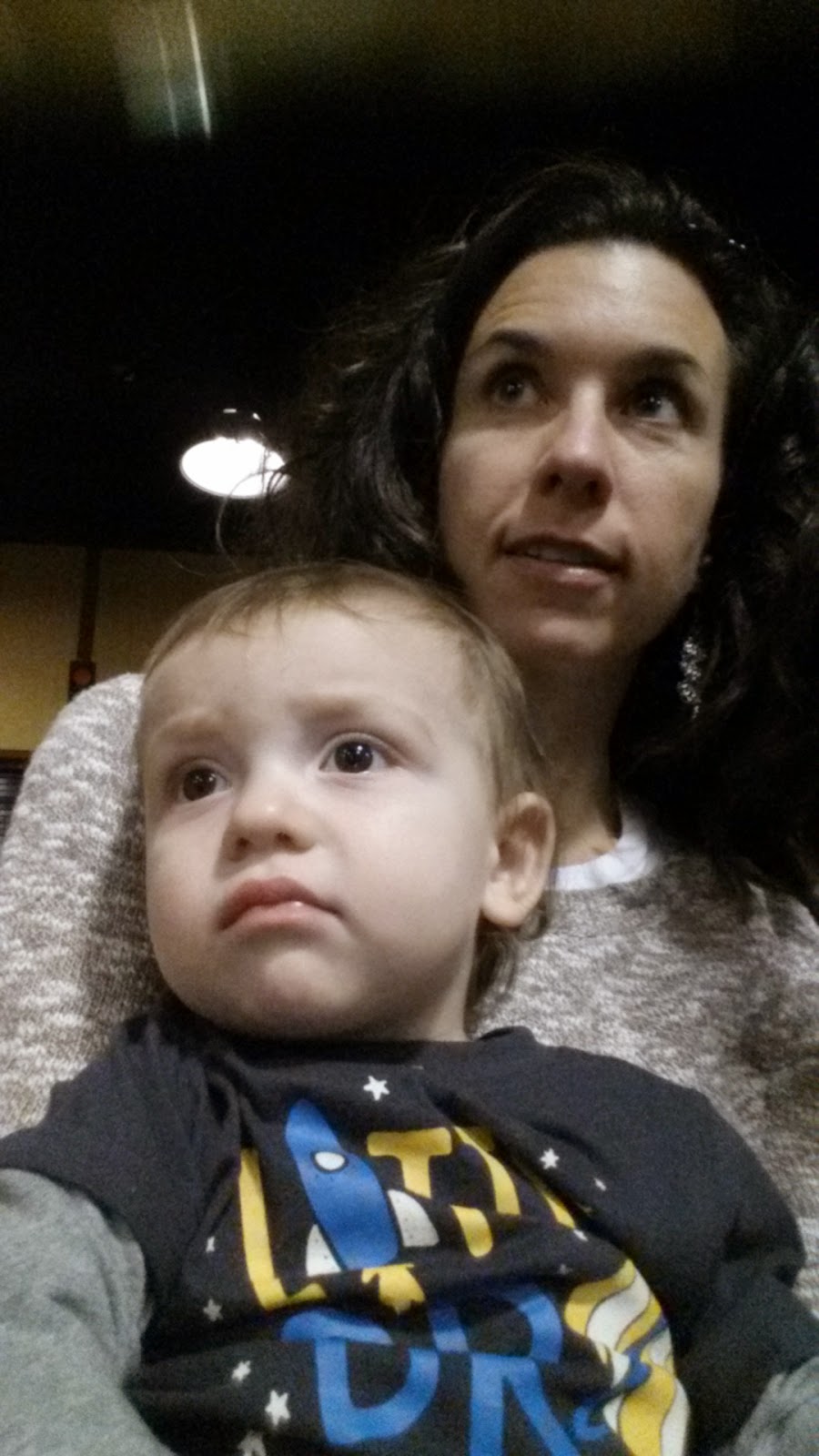 After it was over they herded the kids back to the waiting area and I went back there to get him. He was so excited about the performance.  We snagged some snacks on the way out, and I tried to get a cute picture of him on stage: 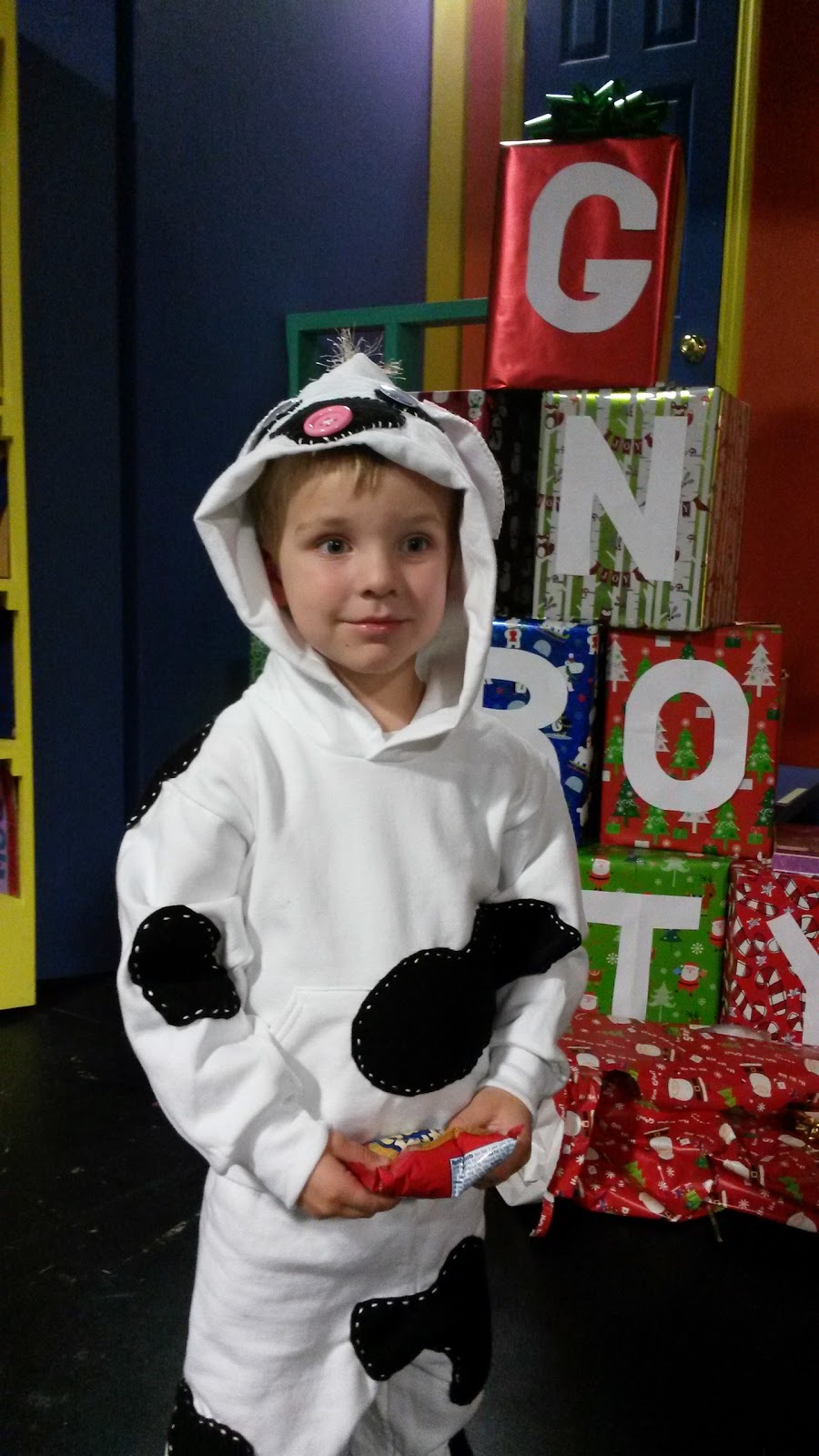 At that point I think he was kind of overwhelmed with the crowd, so we made our way out to the hallway. As we were walking out another mom stopped me and asked if I was Andrew's mom.  When I said "Yes" she said she was so happy to meet me because her son, Leopold, talks about Andrew all of the time.  I was excited to meet her as well, because Andrew talks about Leopold all the time, too.  They are new to town and Leopold is only at school on Monday-Wednesday-Friday, but according to their teacher they are good buddies.  I love that he is making little friends.

Anyway, even though our seats weren't good and it was hard to see him (and he didn't sing much) it was such a cute performance.  I was so proud of him and can't wait for his next little performance.