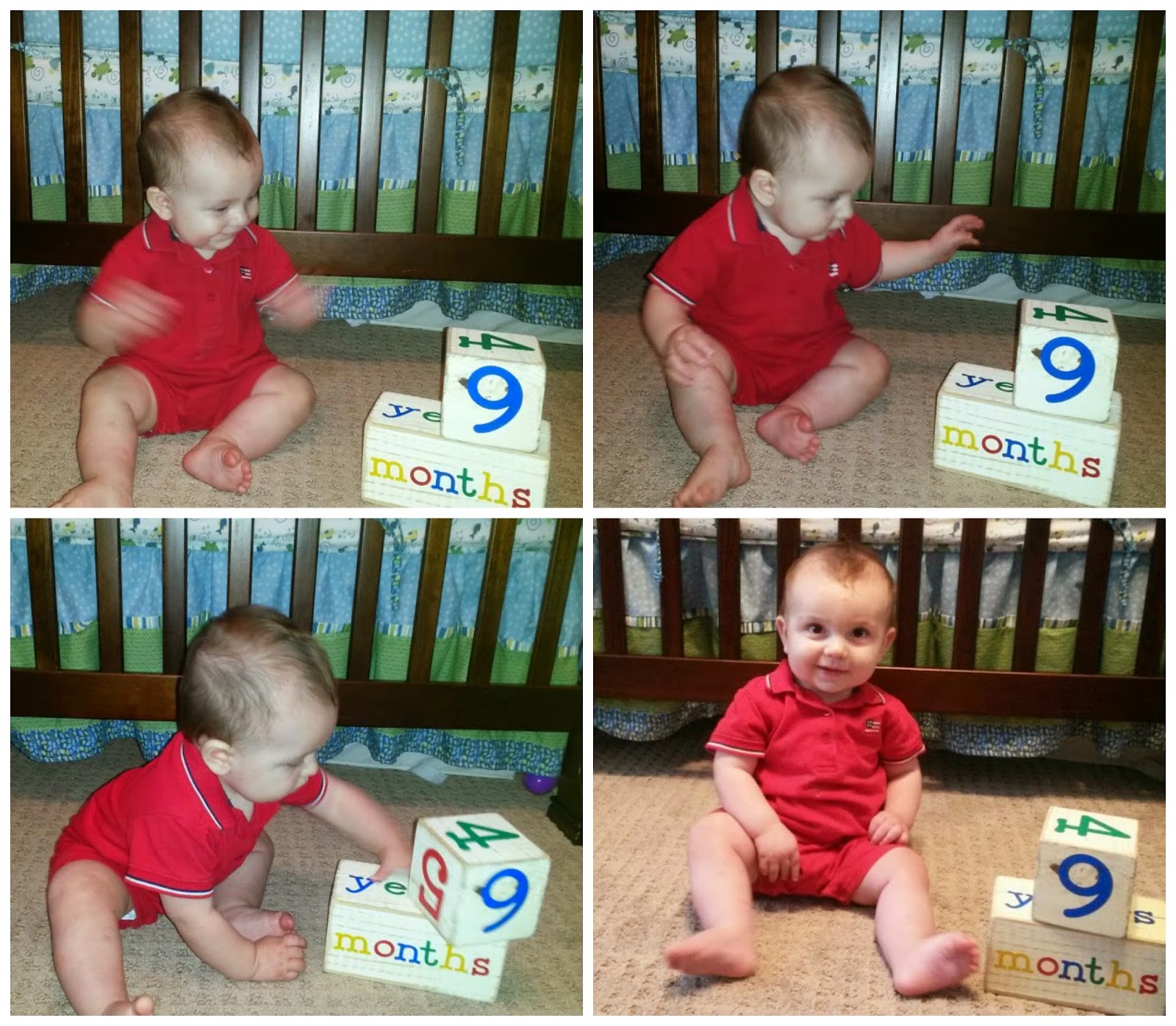 These pictures are getting harder and harder to capture. Kid won't sit still!


Size: His well check is this afternoon so I will update after that. I'm going to guess 20 lbs and 28".

Wearing He's still in size three diapers and wearing mostly 9 month clothes. 12 month ones are still really big on him and I can occasionally fit him in a 6 or 6-9 month size outfit.

Milestones:  We definitely have a crawler.  He was mostly army crawling but in the last couple days he's been getting up on his knees and really crawling. I watched him do it when I dropped him off at daycare this morning and couldn't stop smiling. He's also started pulling up to standing in the last week or so and he loves playing at the activity table: 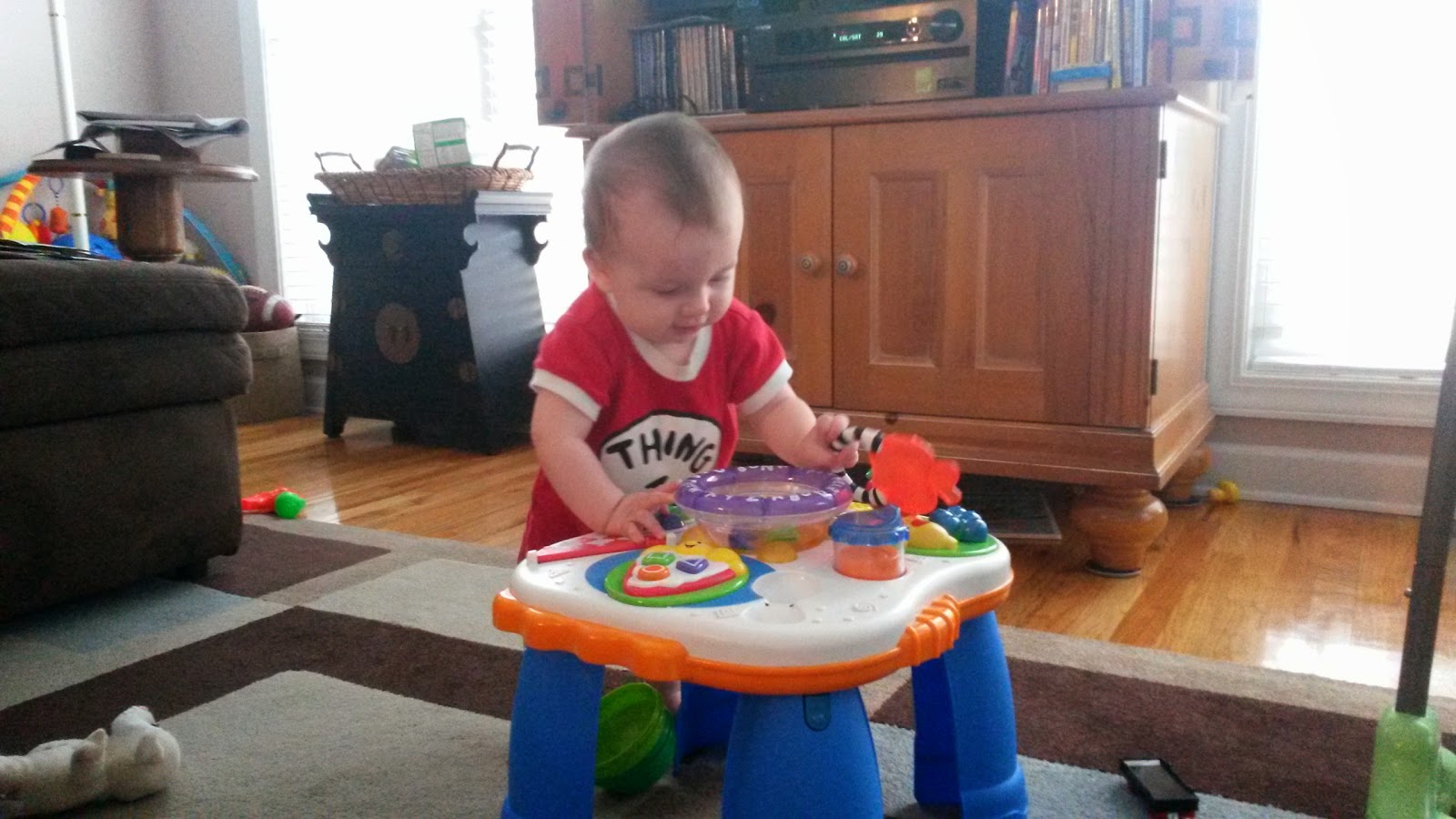 He has six teeth now and has been a fussy mess the last couple days so I think another couple might be coming.

Eating: He's still EBF and we may be in the midst of another bottle strike (cue tears from me).  He had been refusing the bedtime bottle last week, but still taking them fine at daycare. After the three day weekend where he was only getting it straight from the tap he refused to take bottles at daycare yesterday. We did get one in him at the farmers market yesterday and he took one this morning, so maybe there's hope.  I believe that he hates baby food purees so I'm going with the BLW approach.  When we went to dinner on Saturday and I got him some steamed broccoli and he loved it: 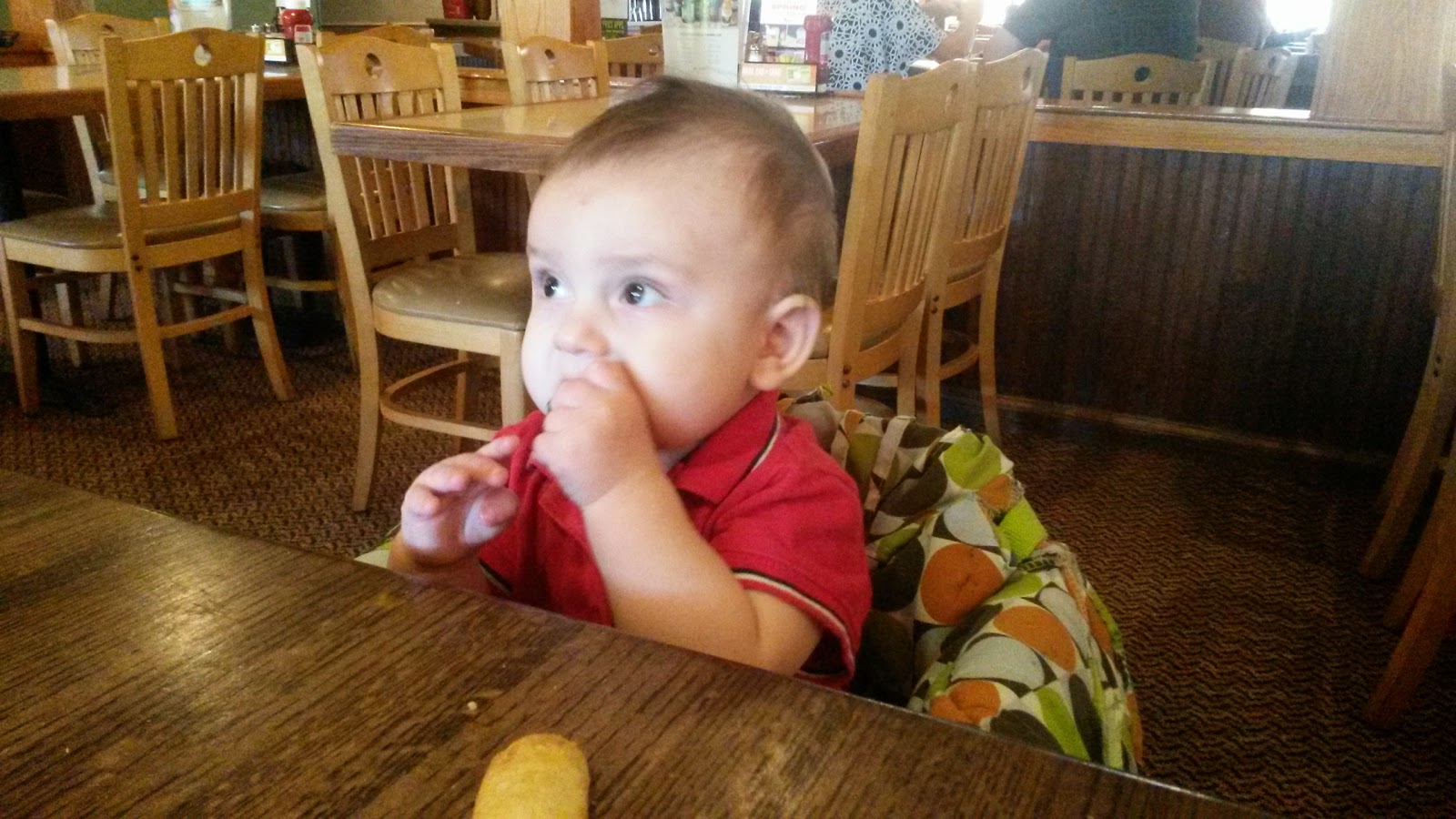 He seems to have some sort of sensitivity to fruits and I'm wondering if it's the acid. I also think he might have a strawberry allergy. I gave him some mixed berry yogurt on Monday morning and after a few minutes he had hives all over his face. I'm used to him getting red and blotchy, but the hives freaked me out. I'll be asking his pedi about it today.

Sleep: He's doing pretty well with sleeping at night, but the naps haven't been great.  He took a two hour one on Monday, but that was benedryl induced.  Most nights he sleeps 8:00 - 6:30 so I'll take it. I just wish he could figure out that weekends are for sleeping in!

Personality: We are definitely starting to see his little personality taking shape and if what he's been doing lately is any indication he is going to be a pistol.  The other day Andrew was on the floor playing with him and leaned on him. Elliot didn't cry, he yelled!  It was almost like "Hey! Get off!".  Also, when he's in his high chair and tired of being there he starts yelling and shaking his head.  We're going to have our hands full with this one!

Loves: The rugs in the kitchen, getting into anything and everything, trying to get our phones, taking baths, swings at the park and playing with his brother.

Hates: Being left by himself, eating food, sitting still and being strapped in to anything (car seat, stroller, high chair).

The little guy drives me crazy sometimes, but I wouldn't trade him for the world. I love that little smoosh more than I can say. 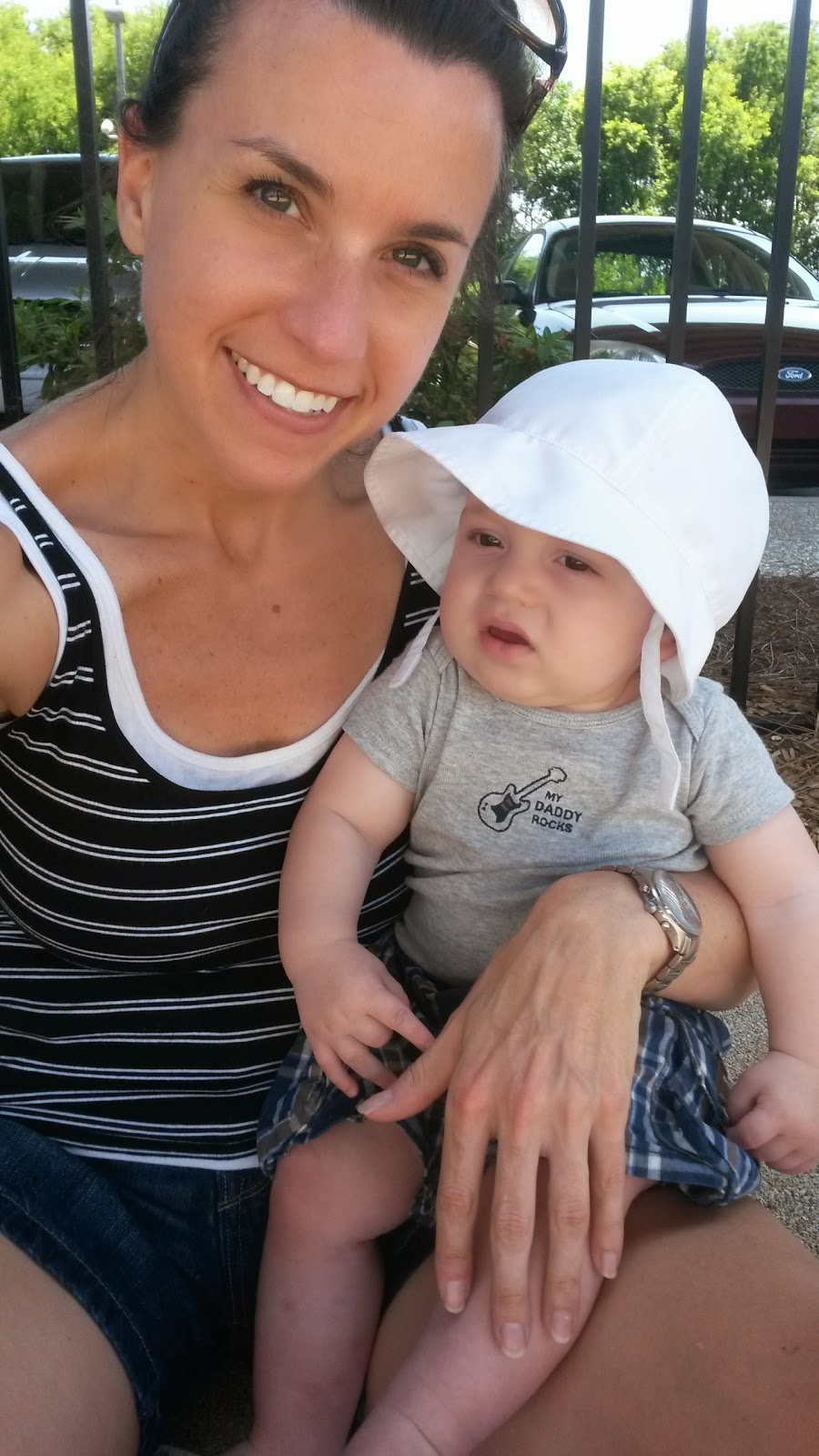