Saturday I took part in the 12th Annual Bocce Bash for Special Olympics.  I played in this two years ago, but last year I was out on maternity leave so I missed all the fun.

Our company is a big supporter of this and was actually one of the main sponsors this year. We had 5 teams in the running to go for the championship. Unfortunately none of our teams did very well, but a good time was had by all.  Over $60,000 was raised for Special Olympics, which I think is pretty awesome.

The weather was a little overcast and chilly, but I actually preferred that to us sweating our asses off like the last time I played.

32 courts with 4 teams per court equals a lot of people out for a good time.

Pictures below are from Shanacott Photography 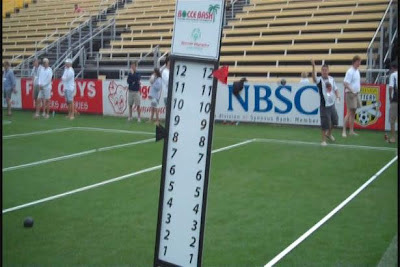 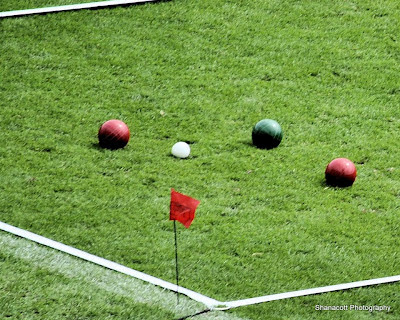 Games were played to 12 points.  In our first of three games we were shut out 12-0.  In our defense we were playing the team that won it all last year.  Still, I can't believe we put up a big goose egg.  Embarrassing. 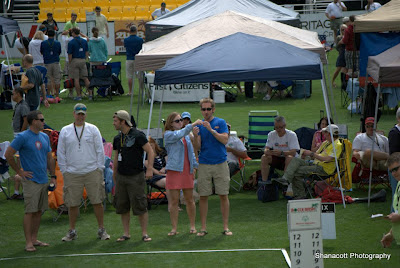 The guys on the left were on one of our teams. 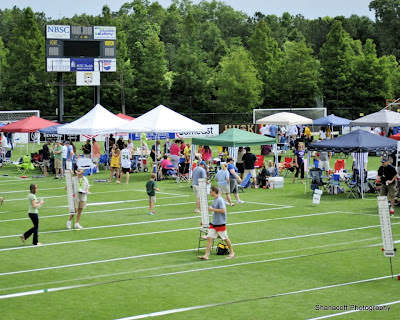 The sun started to peek out after a while. 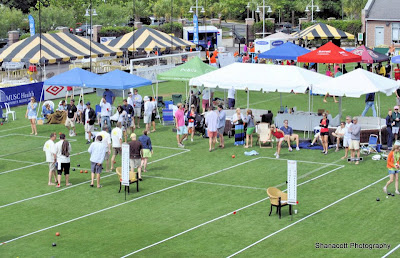 The beer was flowing and the balls were flying 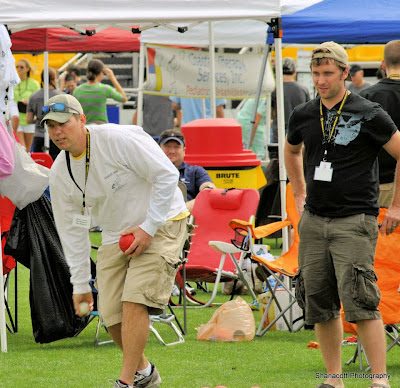 Mike and Rob, deep in concentration 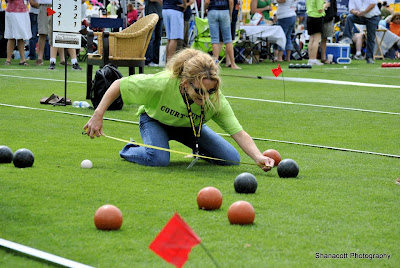 The judges were very official. At least some of them were. I think ours screwed us out of a few points.

I'm an idiot and don't have a picture of our team.  We were "Holy City Bocce Babes... and Some Guy".  It was me, Karen, Rhonda and Clayton (the 'some guy').  Clayton is a big time bowler so we thought we might have an advantage. Not so much.  We lost 12-0 and 12-6 in our first two games and won the last one 12-10.  Not good enough to move on to the afternoon rounds.

Instead of playing more bocce we took advantage of the beer truck and the free lunch and spent the early afternoon hanging out and listening to the band.  J was supposed to bring Andrew out, but his napping was all messed up so that didn't happen. I was kind of bummed since I wanted to show him off, but oh well. He can come out next year and chase the balls around.

All in all it was a fun day and a good way to spend a Saturday.  Much more fun than the way we spent Sunday (building the fence), but that's for another day.