This week's Toddle Along Tuesday topic is Your Favorite Firsts.  I swear I think everything that he does the first time is absolutely amazing, but here are a few of the things that I will never forget.

His first real smile.  I remember that my husband had stopped by the house during lunch to spend some time with us.  He was holding Andrew and the little munchkin looked at him and gave him this little grin. I thought my heart might explode. 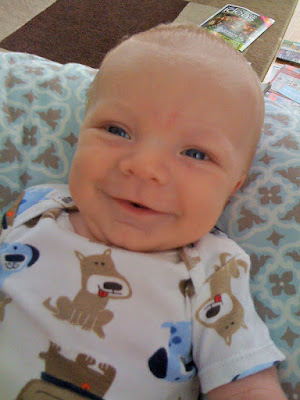 Then there was the first time he popped up on his elbows when I put him on his tummy. It was after a bath and I rolled him onto his belly so I could lotion up his back. He normally raised hell about being in that position, but this time he popped right up on his elbows with a surprised look on his face. I screamed for my husband to get in there to see and we both sat there with goofy grins on our face watching him. 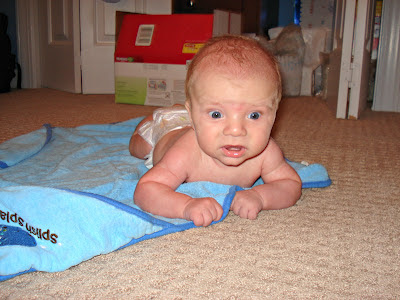 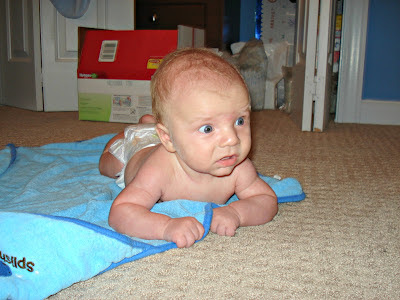 The first time he sat up on his own.  It was on J's birthday - December 17th.  I was getting things ready for the party I was having for him at our house and I had Andrew playing on the floor.  The next thing I knew he rolled and pushed himself to a sitting position - I was so proud.


And finally - the first time he crawled.  For months he had been doing this thing where he laid on his belly kicking his legs and looking like a penguin.  Then he spent a lot of time on his hands and knees rocking back and forth, but not knowing how to go anywhere.  Then on January 5th he put it all together and took off across the room. I was so excited to catch his actual first time on camera.

So there you have it - a few of my favorite firsts.

How about you?  What are some of the firsts that you hold near and dear to your heart?  Pop on over to Growing Up Geeky and share.