This past Saturday was the 37th annual Cooper River Bridge Run.  I've been doing this race every year since 2006 except for 2011 when I was one week postpartum with Andrew.  Last year I ran it when I was 4 months pregnant with Elliot and still got a pretty decent time. I was hopeful that since I'm not pregnant I could beat last year's time.  Of course I probably should have trained more than a week for it.

We got a ride to the start line from my father-in-law and made our way all the way down to Corral D.  I wasn't happy about starting that far back, but we didn't have a choice. And since security was tightened up this year in response to what happened at the Boston marathon last year there was no sneaking in to a better starting position.

We got a picture while we were waiting for the start: 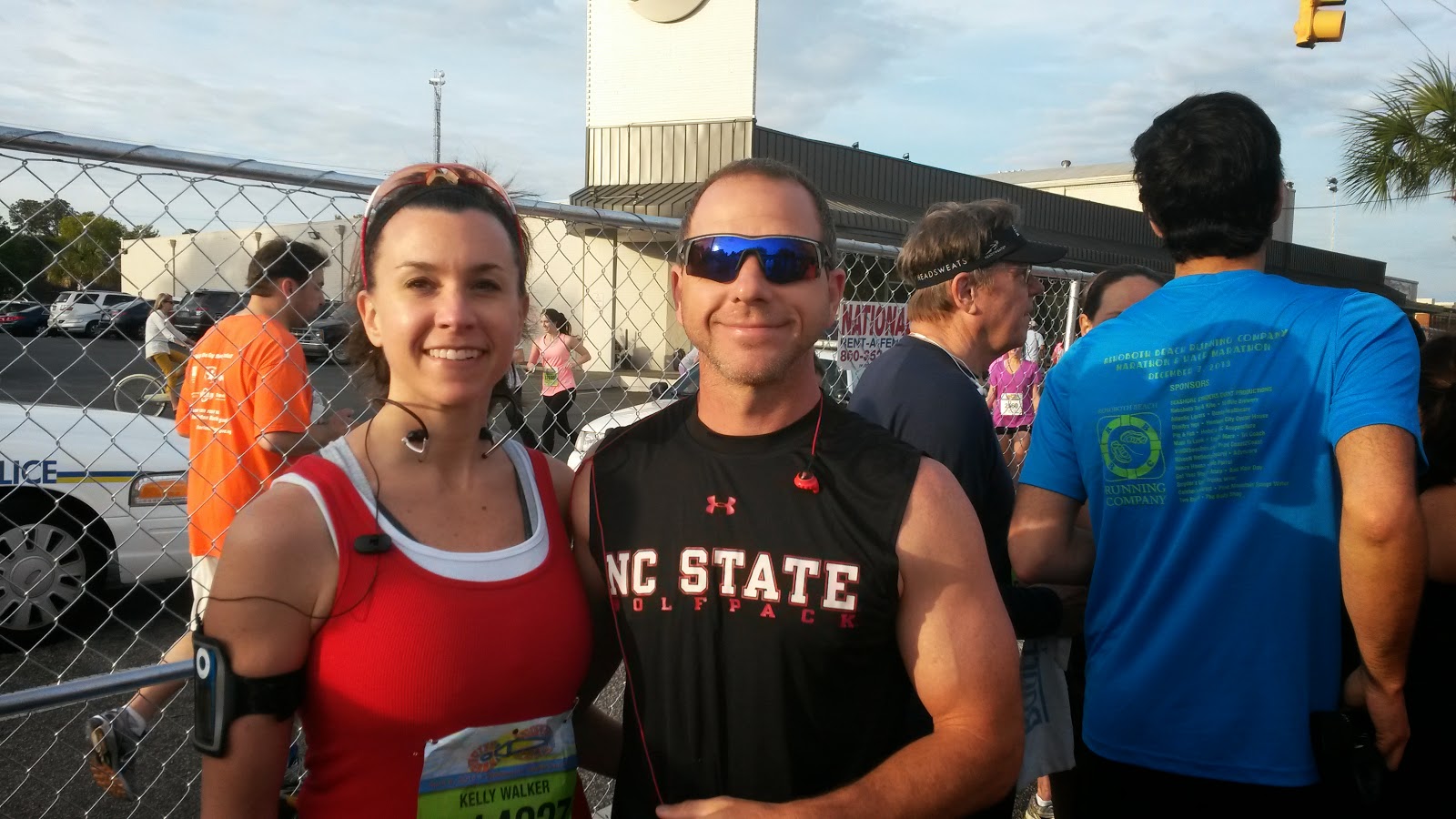 At 8:00 the elite runners got the start gun and were off.  Every five minutes the next group would get to go so we would move up closer to the start: 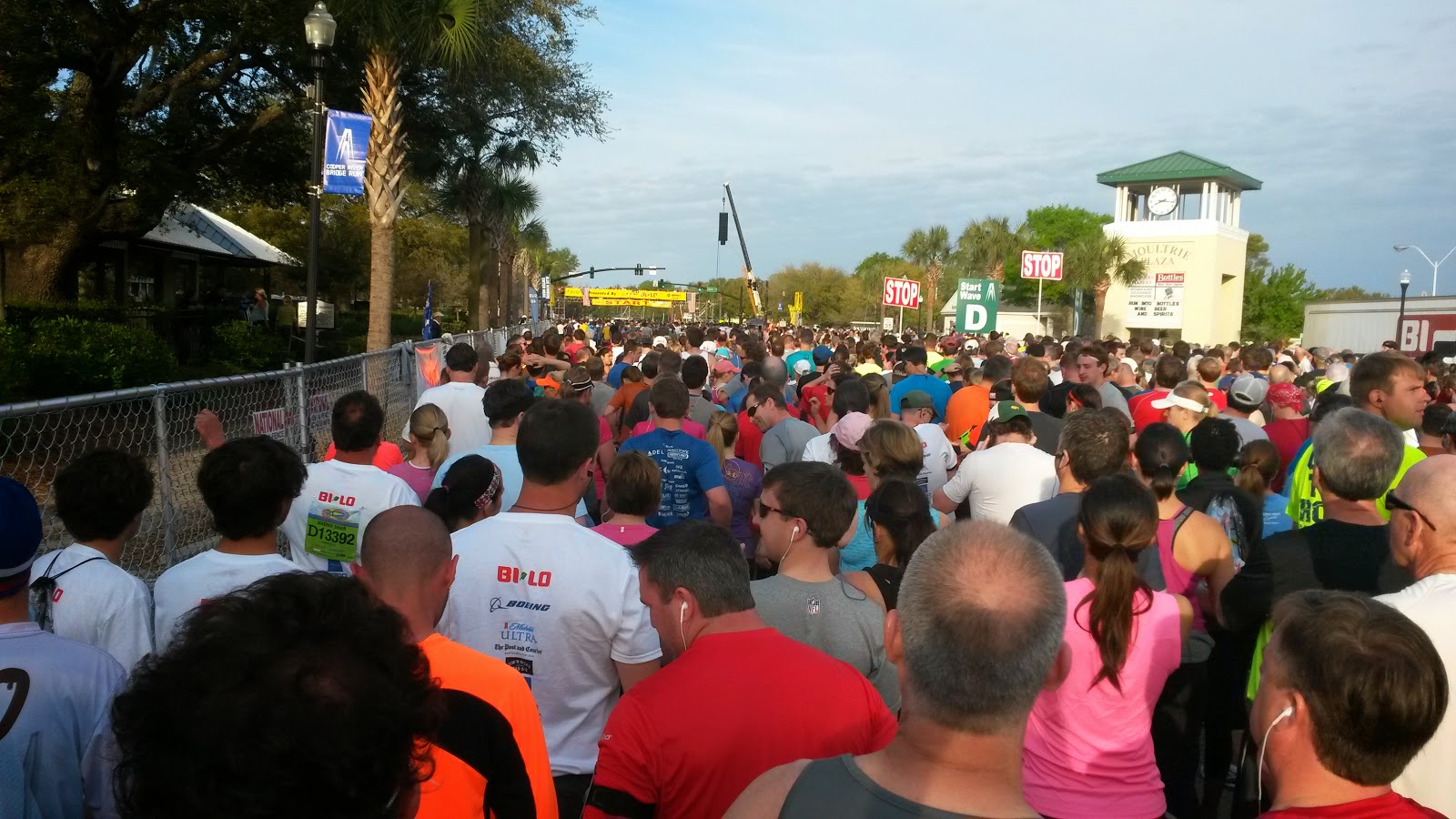 Finally almost 21 minutes after the start of the race we were at the start line and on our way. The first mile and a half was spent zig zagging in and out of people and trying to get into my running groove.  I wasn't feeling awesome and didn't have high hopes for the rest of the race.  By the time we hit the bridge I'd settled in to a relatively good pace.  J was running with me since he hadn't run at all since last year's bridge run and I was hoping that maybe him running with me would get me a better pace.

I felt great on the down hill portion of the bridge, but I knew once we hit the straightaway after the bridge I would hit the wall.  I was right - from mile 4.5 - 5.5 and I wanted to stop and walk so badly.  I almost told J to go ahead, but he stuck with me.  We hit King Street and I kept checking my gps to see how much farther we had to go.  Once we hit the 6 mile mark I tried to kick it in as much as possible. We made the last turn and I could see the finish line. I sprinted as much as I could and we hit the finish.  I stopped my timer and saw 55:45.  I was happy to come in under an hour, but not thrilled that I was able to run it faster last year when I was pregnant.

We made our way over to Marion Square for the after the race party: 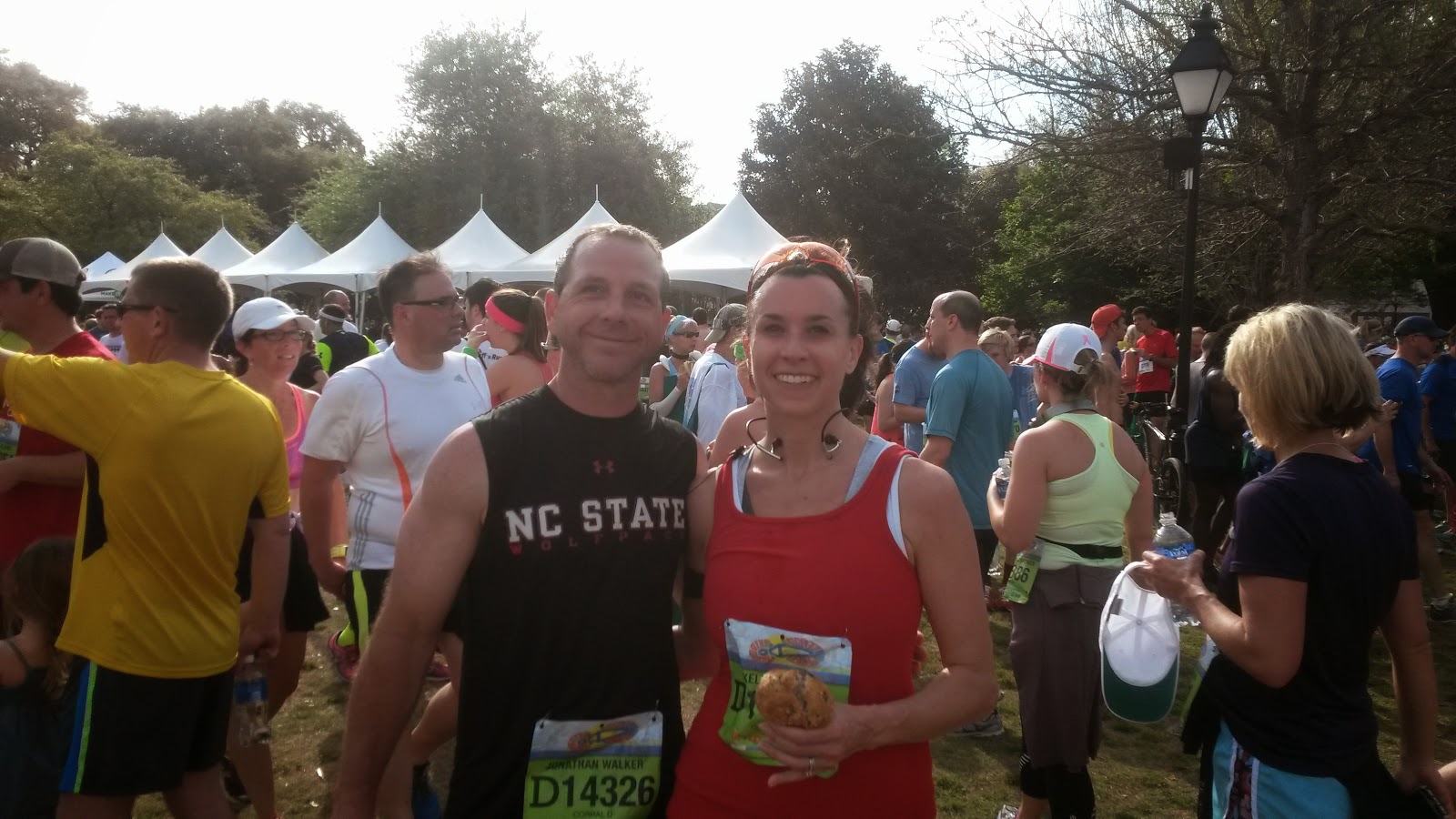 My legs were sore, but it was nothing compared to J.  He hadn't run in a year and was totally feeling it.  We hung out until 11:00 and then made our way back to the car hoping that the bridge would be open so we could head home (it was).

So we made it through the bridge run for another year.  And now I have a time to beat next year and more motivation to train harder pre-race.