I cannot believe that my little smoosh is already 8 months old! 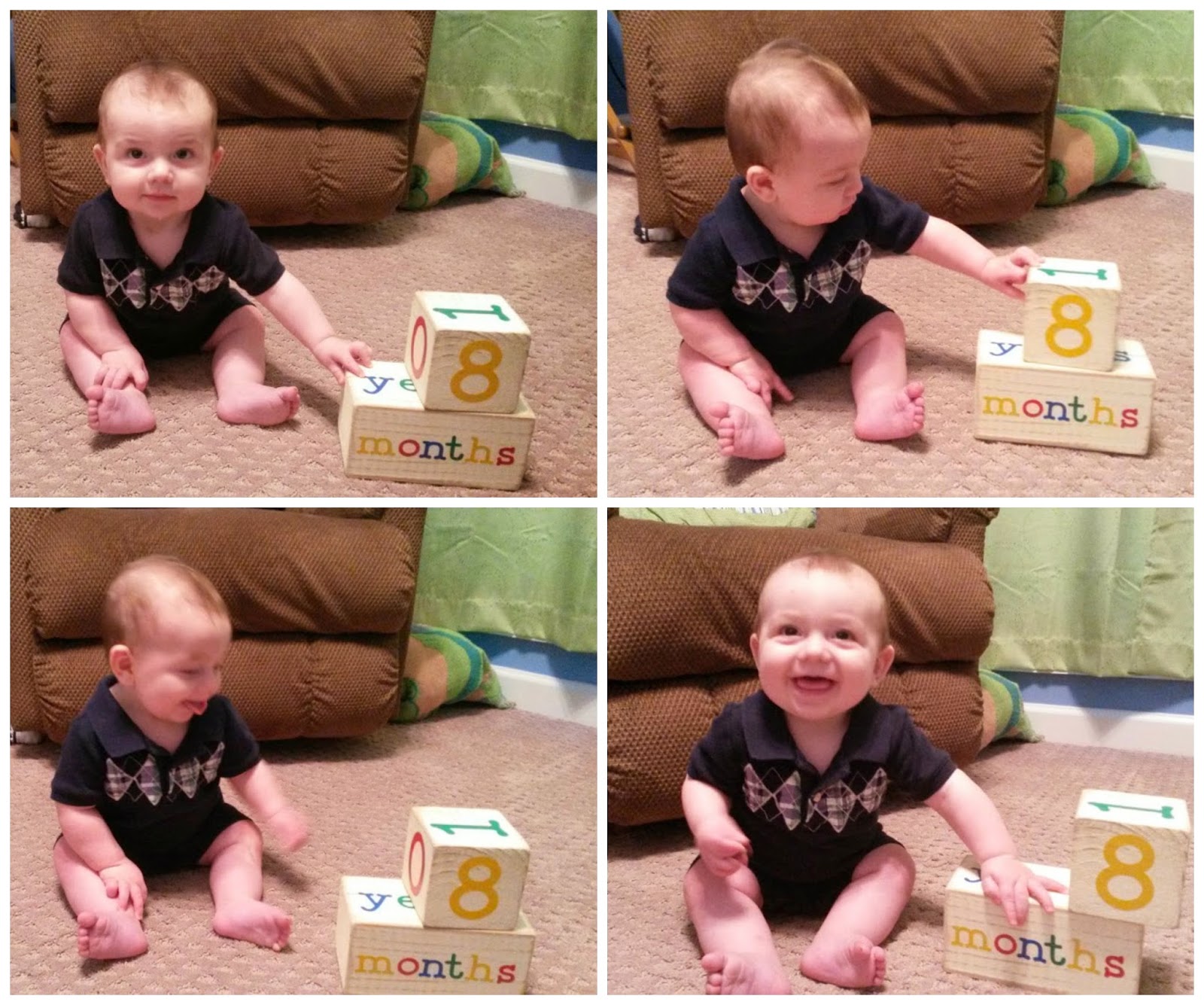 He is such an awesome little baby.  It's been a little more difficult with him not being the amazing sleeper that Andrew was at this age, but damn do I love this kid.

Wearing He's in size 3 diapers and wearing mostly 6-9 or 9 month clothes.  I can get him in a 6 month outfit here and there, which is good since all of Andrew's 9 month stuff was for winter (stupid opposite seasons!)

Milestones:  He is doing really well with sitting unassisted, but he still falls over. He gets up on his hands and knees and has launched himself forward a few times, but mostly he flops down on his belly and scoots around that way. He has cut 5 teeth in the past week (it's been tons of fun, let me tell you) and is gnawing on EVERYTHING.

Eating: He's still mostly breastfed and not showing a ton of interest in food.  He was eating a baby cookie last night and he's been enjoying the mum mums, but he isn't all that big on food.  My mom had good success with cereal and fruit mixed together, but it's been hit or miss with me. I feel like a bit of a mom fail in this regard, because we're so busy with everything else that I sometimes forget to offer him solids.  I should probably just do BLW and give him chunks of what we have.  I've given him some stuff, but he hasn't tried to eat any of it (banana chunks, steamed broccoli, steamed carrots, mango).  I need to get better at this.

Sleep: For the most part he is doing very well.  He goes to bed around 8:00 at night and most nights lately has been making it until at least 6:30 AM. On the weekends he's been taking at least two naps (in the 1-2 hour range) and sometimes three if they are shorter.  He hasn't been napping as well at daycare, but I think it's because of the stimulation.

Personality: As long as he is full and not sleepy he is a pretty happy little guy.  He is VERY vocal and likes to yell.  Andrew gets down there and yells right with him and it's like they are having a little conversation.  He adores his big brother and Andrew gets the biggest laughs out of him.

Loves: Tub time, anything crinkly (newspapers, magazines, mail of any sort), tags on everything (his taggie blanket, stuffed animals, blankets), the blue starfish in the bathtub, knobs and handles on drawers, the jumperoo, and his big brother.

Hates: Taking any kind of medicine, laying on his back for a diaper change, getting dressed, and being left by himself anywhere.

Elliot is a total sweetheart and he is just the piece of the puzzle that our family was missing.

I love these kids! 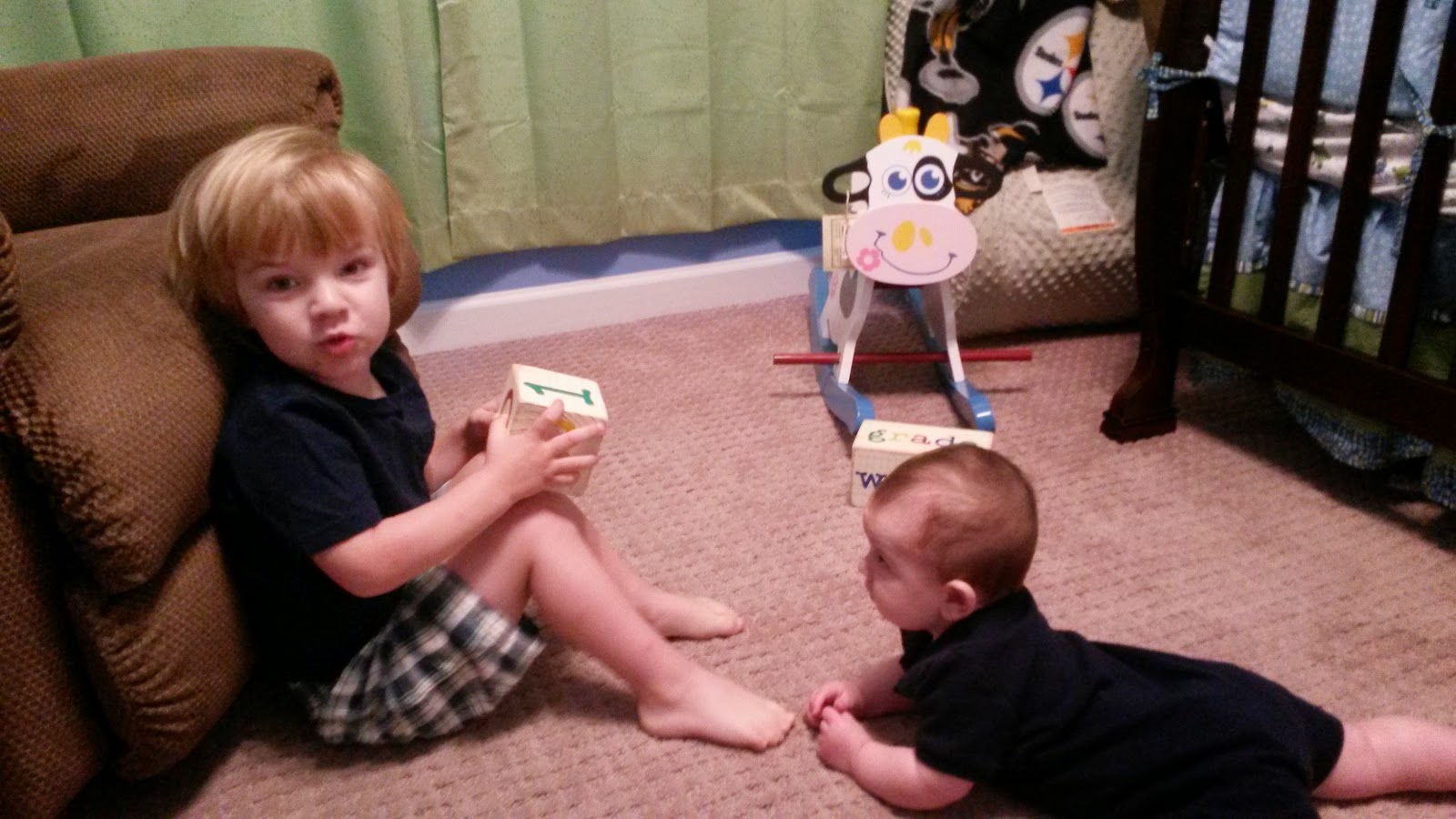