Previously I said I was cancelling my Stitch Fix, but I didn't. I did lessen the frequency to every other month because I think it's getting too expensive, though.

Yesterday when I got home I had the familiar box sitting on my doorstep. I'd forgotten that it was supposed to be delivered (I get the email tracking), so it was a pleasant surprise on a day that I felt like crap.  I eagerly tore into the box to see what goodies awaited me and I have to say I was pretty disappointed with this one.  This fix included two tops, a cardigan, a dress and a pendant.  Here is what I got: 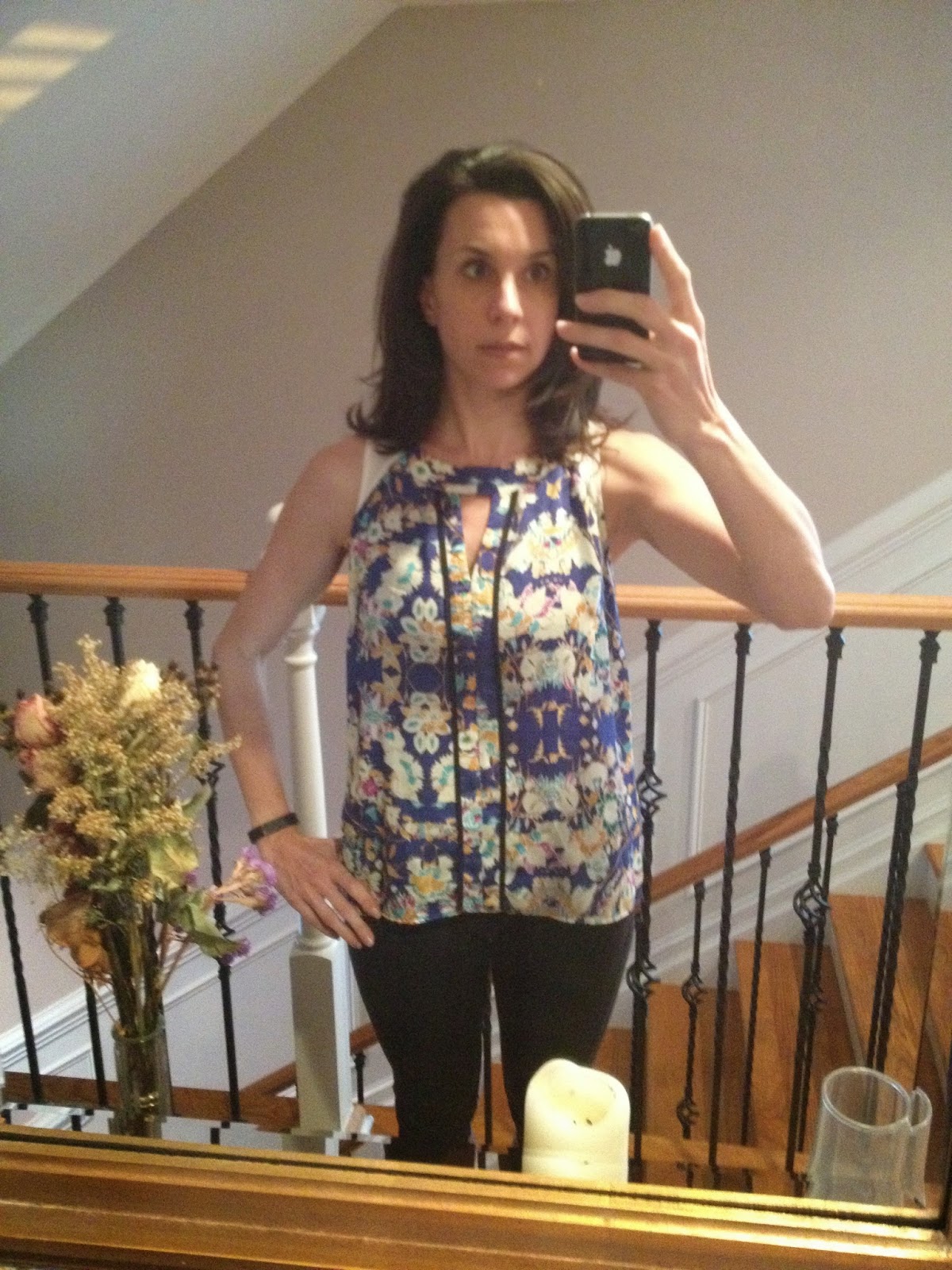 This top is completely shapeless and definitely NOT worth almost $70. It is going back.


Next was this Milan Lace Print Back Pleat Top - $58 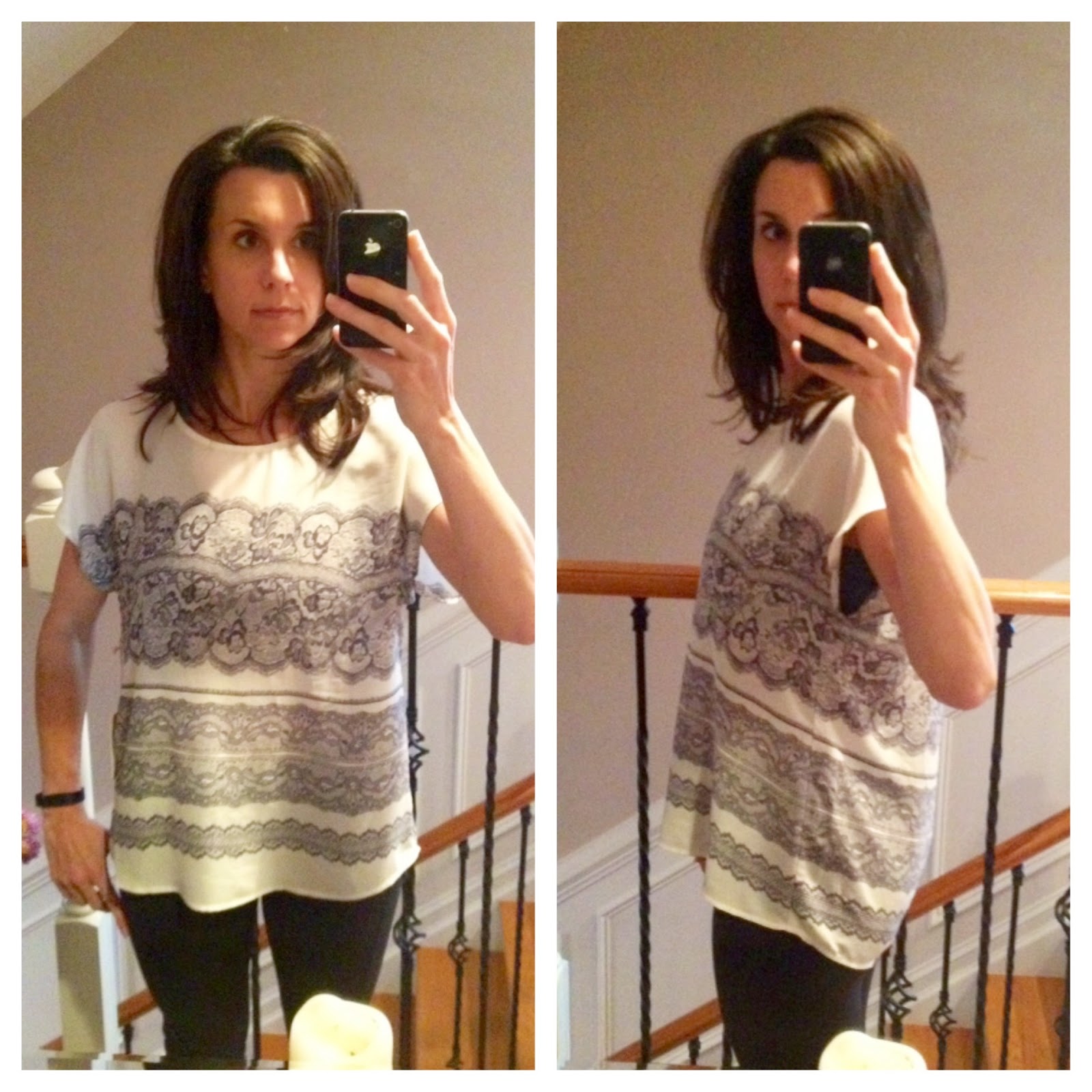 I kind of like this top, but again it is completely shapeless and not all that flattering. For almost $60 I can find something that flatters my figure more so this is going back as well.

Next was this Alan French Terry Asymmetrical Zip Cardigan - $68 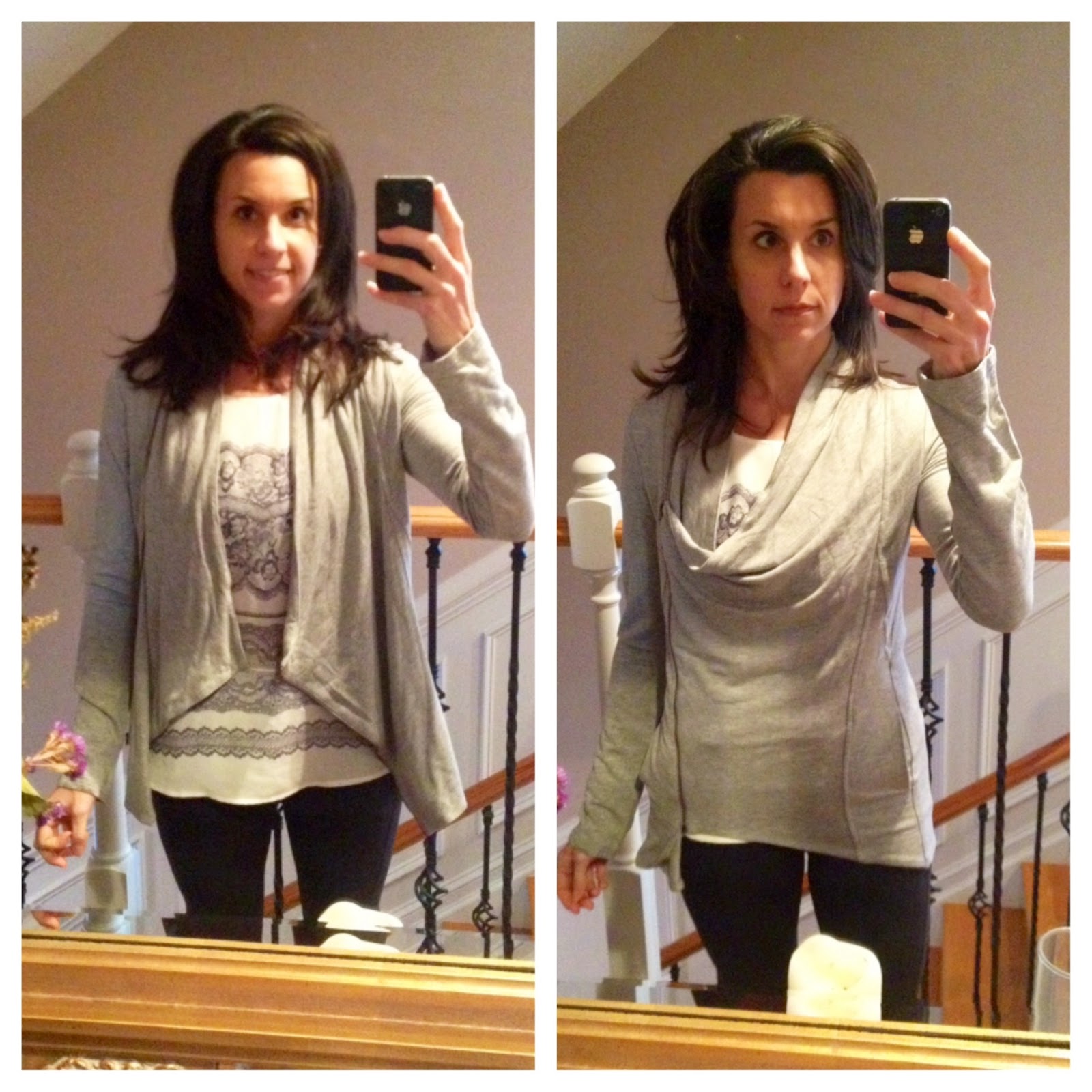 The material of this cardigan is nice and soft and is almost like a stretchy sweatshirt.  I think it looks kind of cool when it is zipped up and that at least makes it so it's not so shapeless, but again, for almost $70 I think I can do better.  This is going back, too.

The last clothing item is this Dita Sleeveless Ponte Dress - $68 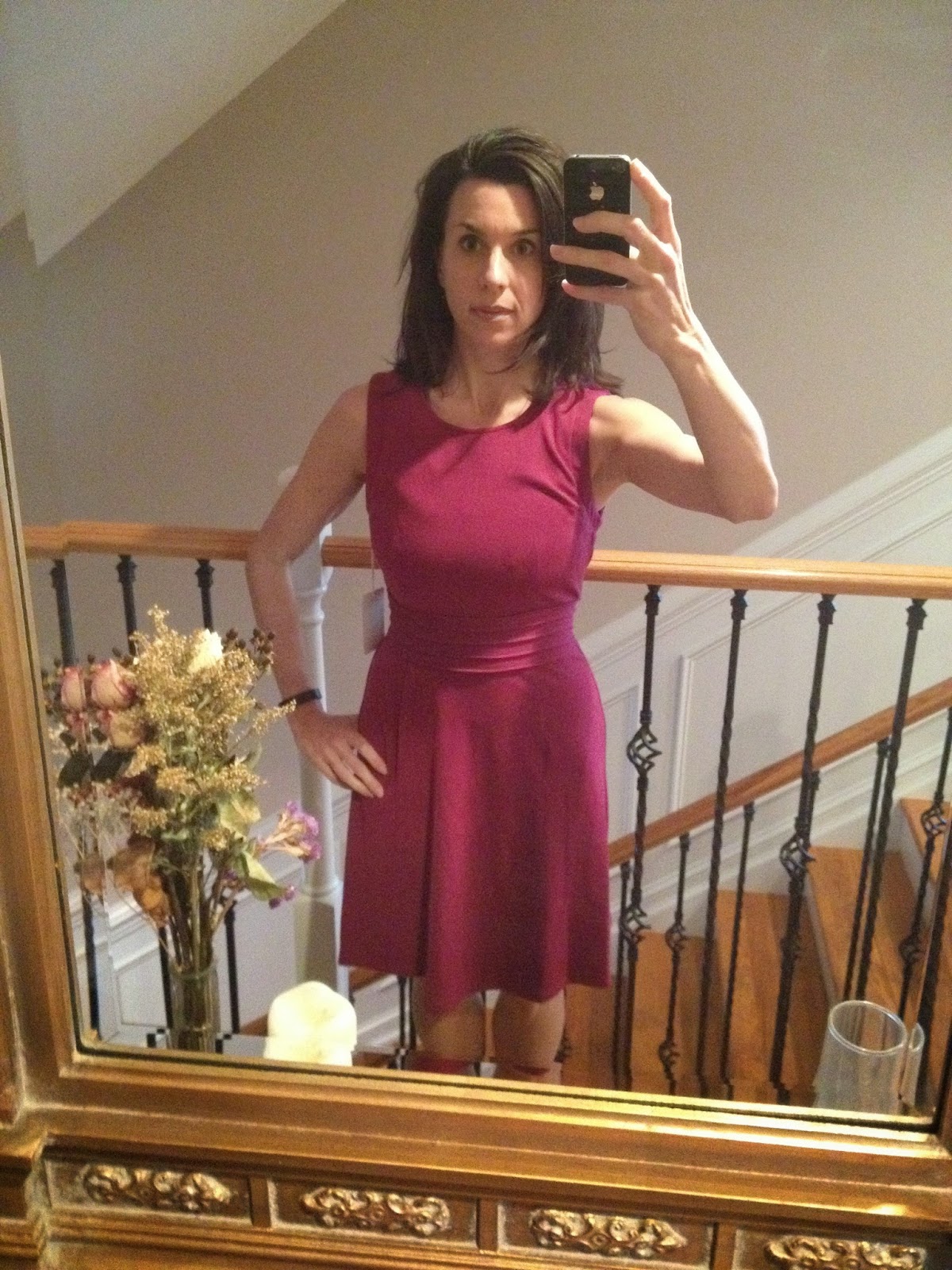 I like the color of it, especially since I wear so much black, but I don't think it's all that flattering on me. I could wear it for work, but I don't know how often it would make it out of my closet.  For almost $70 it isn't a keeper for me, so it's going back.

Last up is this Joyce Sunburst Pendant Necklace - $28 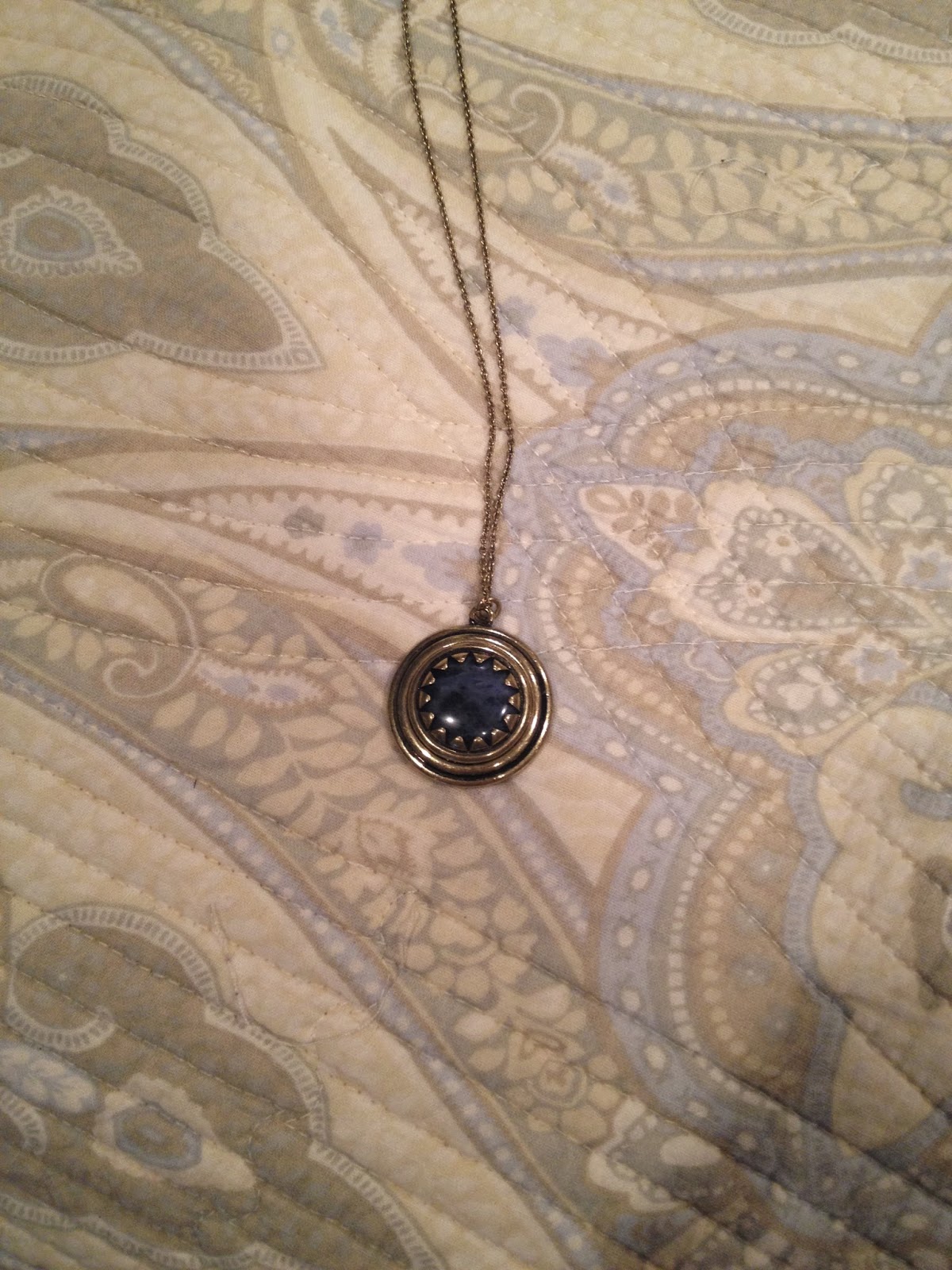 It's a nice long necklace, which is something I don't currently own, and since if I don't keep anything I lose the $20 styling fee I am going to keep this.

To say this fix was disappointing is an understatement.  I know a week or so ago I got an email asking if I had any input for my stylist and it's my fault for not saying anything, but I figured the feedback I'd given on previous fixes about not liking shapeless clothing would have been heard. I also know on my profile I put that I prefer more fitted items.  Because I have a large chest if I wear loose shirts they hang on me and make me look much bigger than I am.

I also feel like the prices on a lot of the items are way too high for what they are. There is no way in hell I would pay $68 for a top like that first one.  I could find something like that at Marshall's for under $30.

I'm on the fence right know about if I am going to continue with this service. It's fun to get a box of clothes sent to me, but when they keep sending me unflattering and overpriced items it's a lot less fun.  My next fix won't be until April, so I have a little time to decide.  Maybe I'll get lucky and actually want to keep something next time...