When I was single Valentine's Day was always full of pressure - the need to have a date, the need to not be alone.

Now as the parents to two kids Valentine's Day is a little different.  I still want to show Jonathan how much I love him, but the grand romantic gestures have been replaced for the time being with things a little more kid friendly.

Saturday morning Jonathan got up and went riding, which was perfect since it gave me some time.  I had ordered some chocolate covered strawberries from Edible Arrangements since I could pick them up and forgo the delivery fee. (Shari's Berries wanted to charge almost $25 for Valentine's Day delivery - ridiculous).  When I came downstairs I saw these on the counter with a note from Jonathan and the boys: 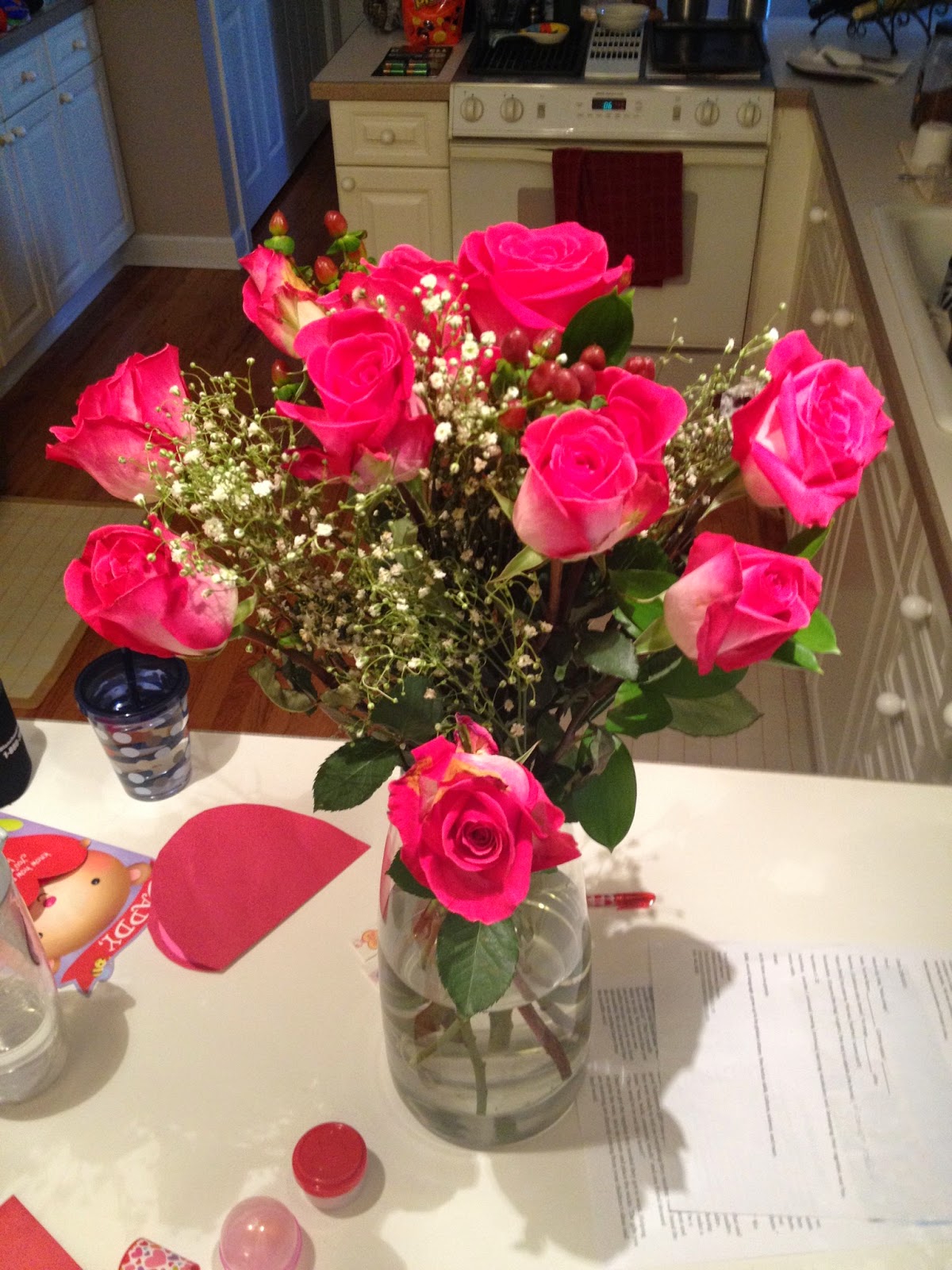 Once the boys had eaten breakfast I got them dressed and in the car and we went to go get the berries.  I ran in and grabbed them and then asked Andrew if he thought his daddy would like some balloons.  Of course he said "Yes!".

We headed to the party store to see if we could find a fun Valentine's balloon.  They had some pre-made balloon arrangements so we looked those over - the whole time Elliot was pointing at them yelling "Ball! Ball!".  Andrew finally decided on one so I paid for it and we headed to the car with Andrew holding onto the balloons.  The entire ride home Elliot was shouting for the balloons and Andrew kept talking about them.

I expected Jonathan to be a little later getting home since they normally ride a lot longer, but he was home a little after 11:00. When I heard him I tried to get Andrew to carry the balloons out to him, but he was pouting so I had Elliot do it instead: 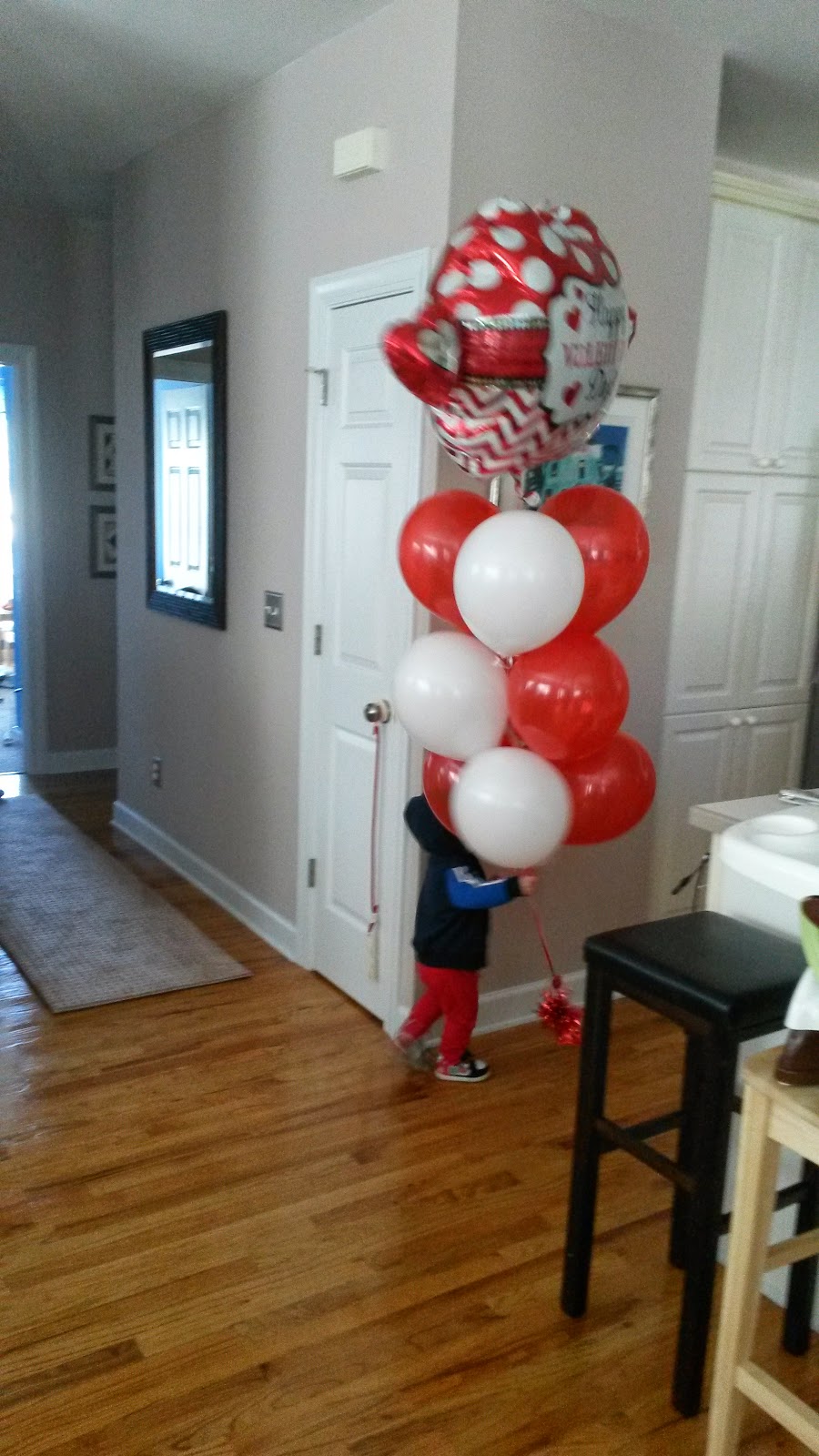 He didn't exactly take them to Jonathan, but he did show them to him.  He didn't want to give them up, though, and spent a lot of the afternoon carrying them around the house:

He loves the balloons.  Loves them.  He seeks them out as soon as he wakes up from a nap and his face lights up once he spots them. It is seriously the cutest and funniest thing.

We didn't make any plans to go out since we didn't have a sitter and I know that Valentine's Day is crazy at restaurants (plus I wasn't feeling well), so we grilled some steaks and had a nice dinner at home.    So while it wasn't a Valentine's Day filled with grand gestures and over the top gifts, it was perfect and just what I wanted - spending the day with the three most important guys in my life.  My sweet and funny valentines.