It seems unbelievable.  My little love has been here for a year and a half already.  18 months since life got turned upside down and this sweet guy taught me that the heart has an immeasurable capacity to love: 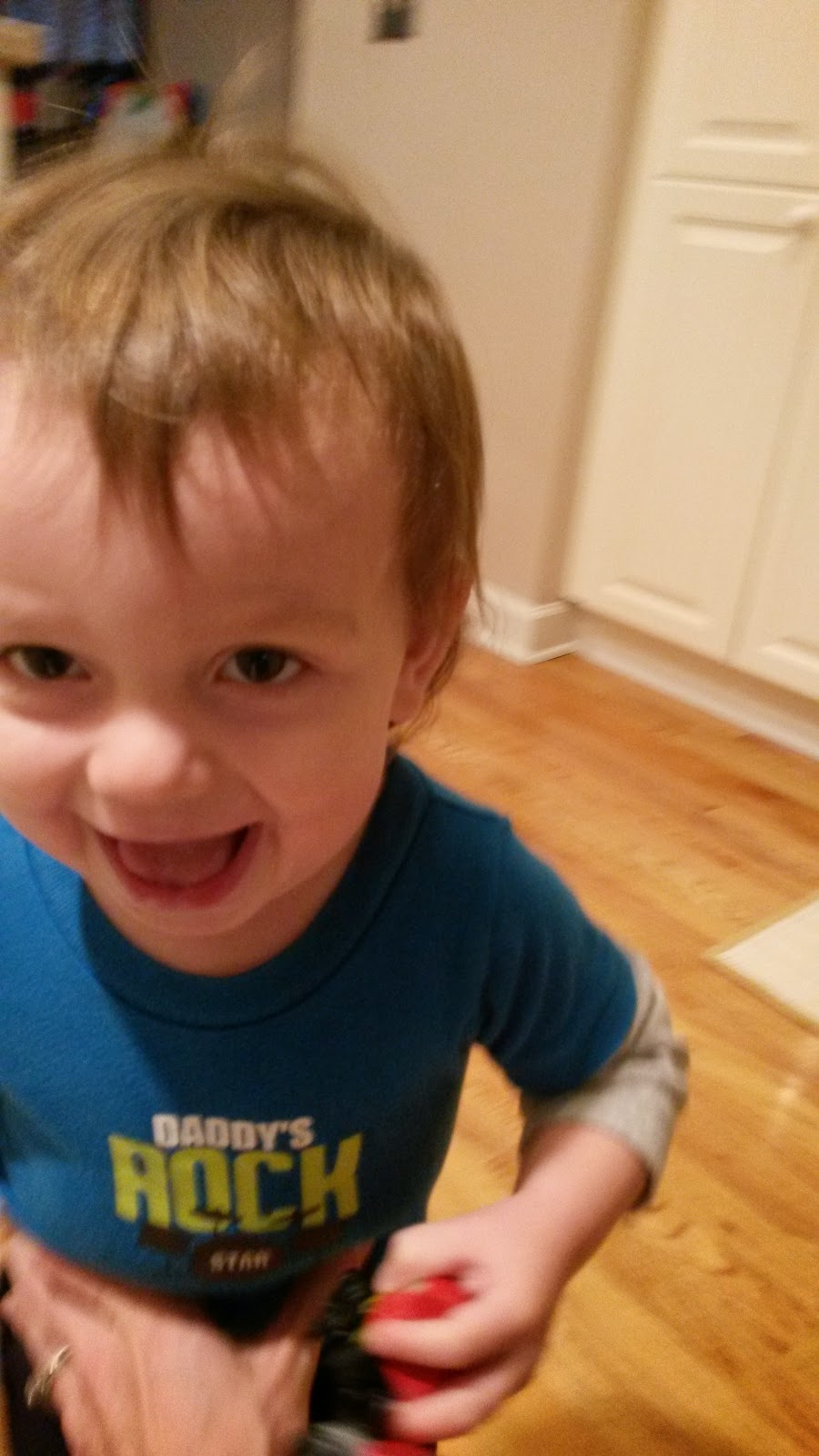 Size: He's little, there's no denying that.  A couple weeks ago he was only 21 lbs 6 oz and that was with clothes and shoes.   His 18 month well check is on Thursday afternoon, so I'll get the report on just how little my little guy is.

Wearing: He's still fitting in size 3 diapers just fine. I"m ok with it since that means we're getting more diapers for the money.  12 month pants are finally getting a little short on him. Of course the 18 month ones fall of of him. He's still wearing his 12 month footie pajamas, which is convenient since I can't find any 18 month fleece ones in the boxes of clothes I have left from Andrew.  He is still fitting in most 12 month onesies.  My little dude.

Milestones:  Running around like a crazy person, climbing up and down the stairs, saying "water", "ball", "yuck", "sock", "bye bye", "milk", and "see" and playing much more purposefully with toys.

Eating: He's still nursing first thing in the morning and before bed.  I finally gave up pumping since he no longer would take a bottle anyway.  We have successfully transitioned to WCM from the almond milk. He goes back next month for another allergy check, but I'm hopeful that it will show that he's grown out of the milk protein allergy. He's been eating string cheese for a while now with no issues and loves greek yogurt.  He's able to eat peanut butter, but if he rubs it on his face he still breaks out in hives.  That will be re-tested, too.  For the most part he loves meat and seems to like a little bit of spice.  I made  some chicken in the slow cooker (two chicken breasts, a can of black beans, a jar of salsa and some red pepper flakes) and he devoured it.  I still worry that he doesn't eat nearly enough and I'll be talking to his pedi on Thursday.

Sleep: On weeknights he is generally in bed by 8:30 and up by 7:00.   On weekends I still try to get him into bed by 8:30 and sometimes he'll sleep until 8:00 or so.  He's normally up and playing in the crib on Saturday mornings when Jonathan gets up to go ride.  He'll take the monitor so I can get a little more sleep and if Elliot doesn't settle down before he leaves he'll bring him to me.  This past Saturday he fell back to sleep and didn't get up until 10:30. Fairly certain that's a record.  On weekdays he is normally taking two naps still since he's up earlier.  On weekends it varies. This past weekend he only took one nap a day, but he was a bear by bedtime.

Personality: He's crazy.  He's rambunctious. He's stubborn and spunky. He's into everything and is a mischievous little bugger.   This kid is going to be a handful, I can already see it. 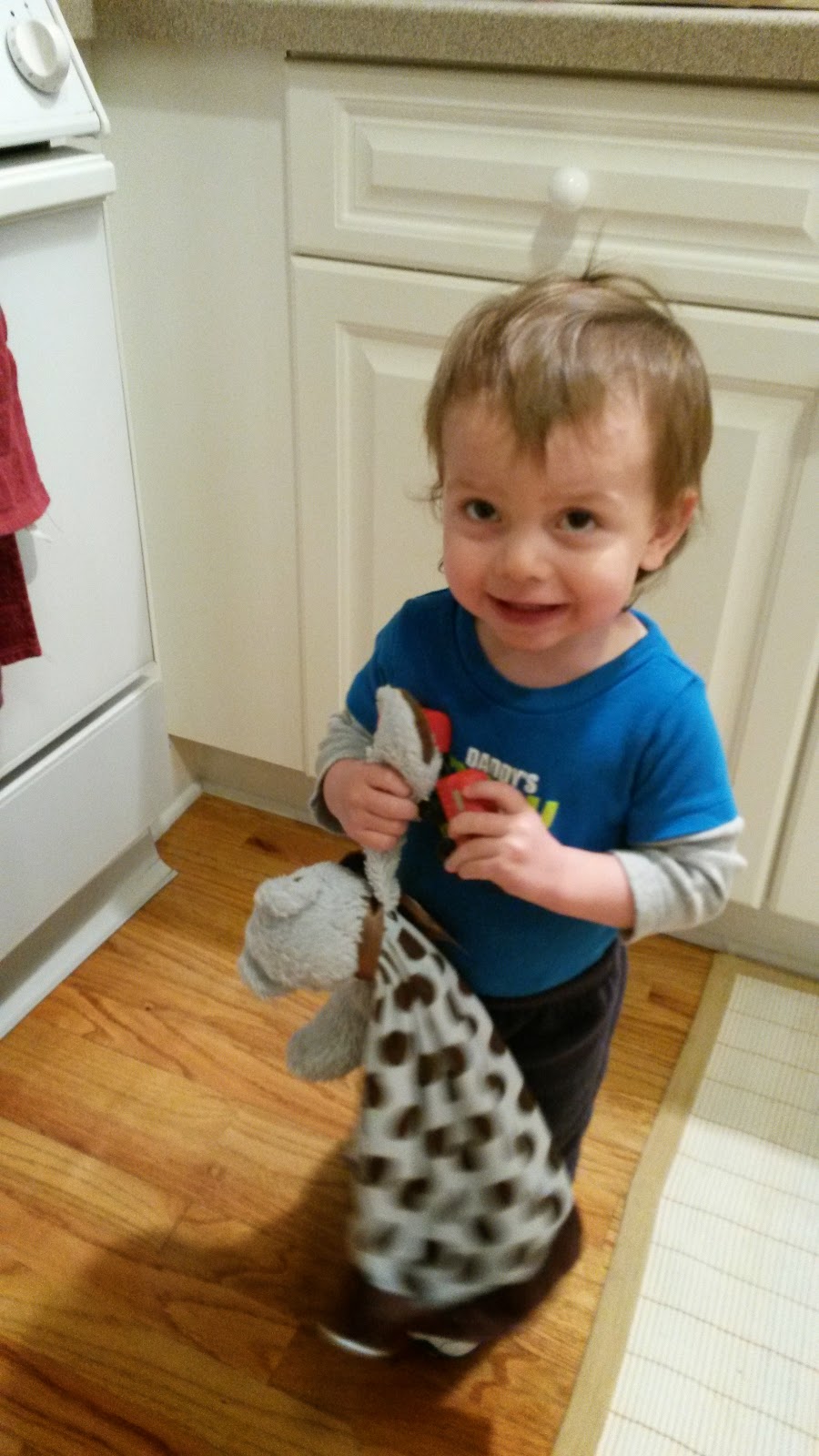 and his big brother.  He ADORES Andrew and wants to do whatever Andrew is doing.  Last night Andrew kept saying "Watch this trick!" and was rolling across the floor.  Elliot tried his damndest to do the same thing. I wish I had gotten a video of it because it was the cutest and sweetest thing ever.  Andrew started dancing and Elliot started laughing and doing the same thing.  Adorable. 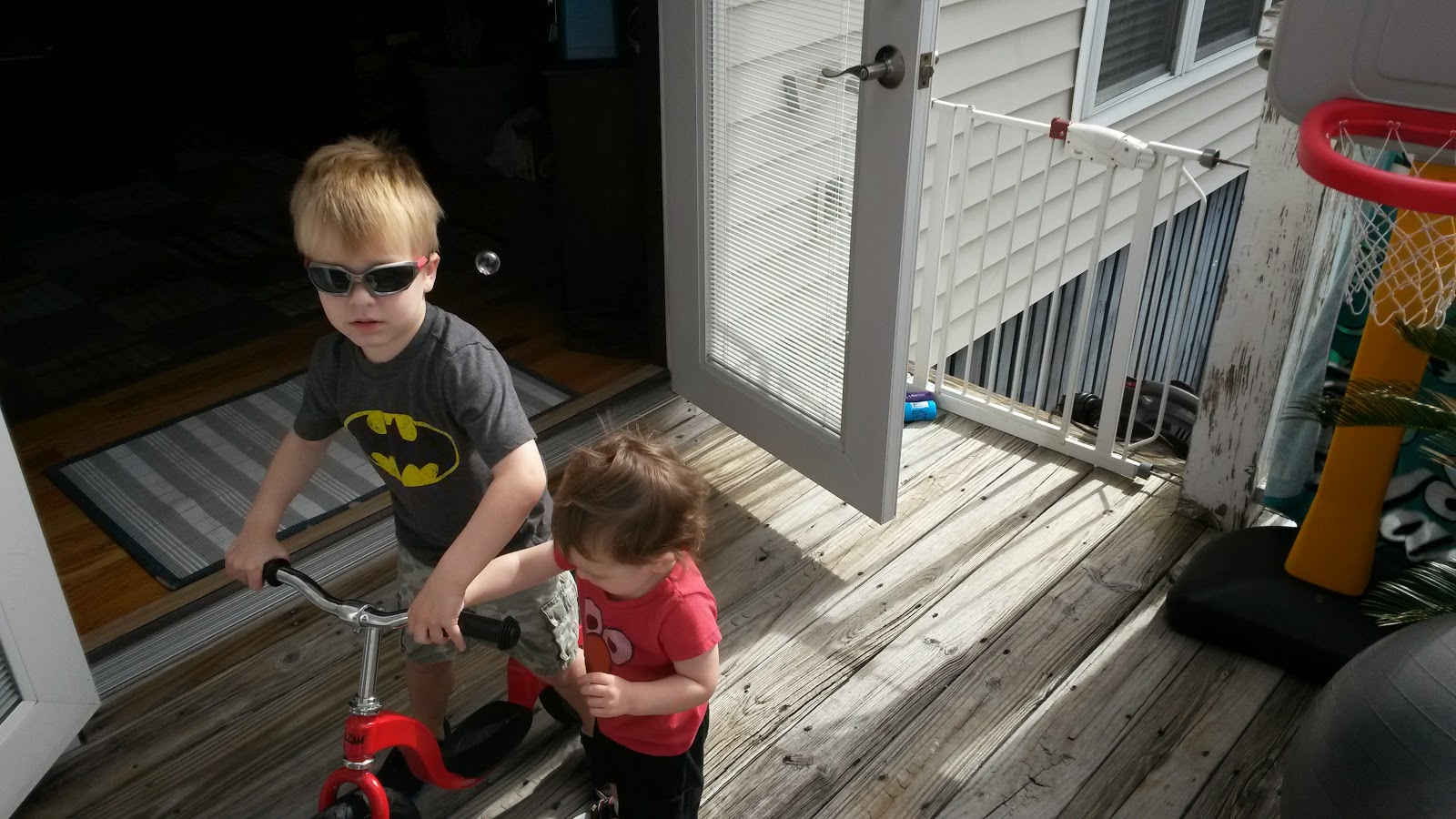 Always trying to do what Andrew is doing.


Hates: Getting his diaper changed.  He can be happy and laughing, but as soon as we lay him down to change him he flips out.  Epic tantrums. He also hates being stopped from getting into things, which happens a LOT.

To think that tomorrow this little dude will be closer to two than one is crazy.  I love him more than life and can't believe how fast it's going.  No matter how big he gets, though, he'll always be my little smoosh. 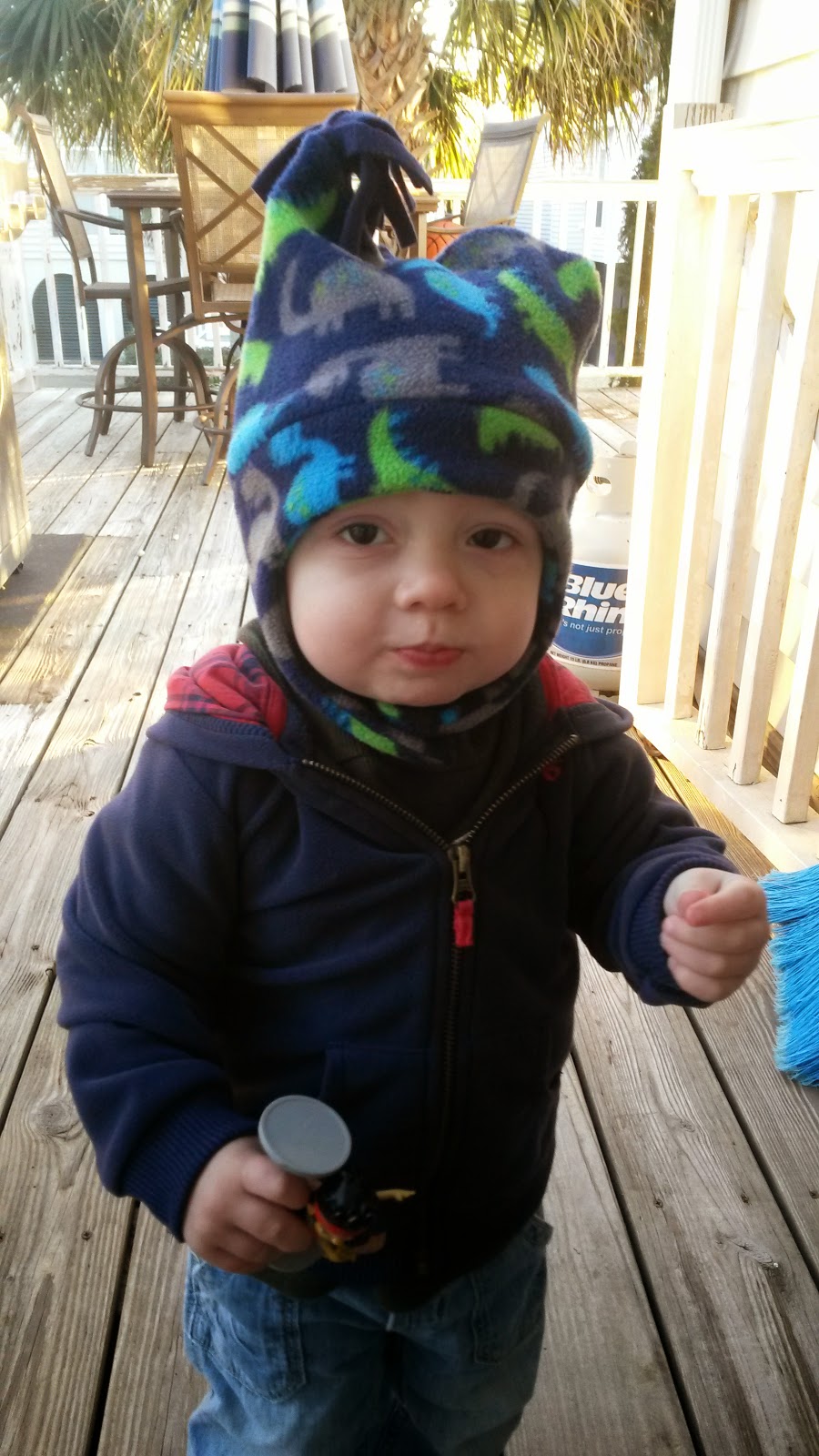