When I was pregnant with Elliot one of my biggest fears was about how it would affect the life that we had settled into with one kid. It felt like things were finally easier. We were able to go out and do things without it being a big production. We even took a couple little vacations and it wasn't a complete disaster.

Fast forward to Elliot being born. In the first couple weeks it all came back to me just how hard it can be to get out and about with a newborn.  It took me what seemed like forever to be comfortable enough to go out by myself with both boys. The first time I took them both to the grocery store by myself felt like a huge victory.

Even going out as a family felt like a huge ordeal. I had forgotten how much stuff you need to take when you have a little baby in tow. I went back to being nervous that I had forgotten something and/or that we would have a huge meltdown in public.  Elliot isn't as easygoing as Andrew was as a little guy and I've felt like on edge at the thought of going out and doing things. Especially with the bottle strike that we dealt with for a few weeks - I almost felt trapped.

Well, after 6+ months I finally feel like we are settling into normal. That we are getting back to a routine and being able to go and do things.

This past Saturday we went downtown because I needed to get a gift for a bridal shower that evening.  Instead of just going down myself we decided to make it a family outing since it was such a beautiful day.  Elliot woke up from his 2 hour nap (yay!), I nursed him and we headed out.  We parked at J's office and walked down King Street, Andrew in the stroller and Elliot snuggled up to me in the Baby K'Tan.  I found a gift and then we strolled around town killing time while it was being wrapped.  I was pleasantly surprised that he passed back out for another snooze while we were walking back to the car: 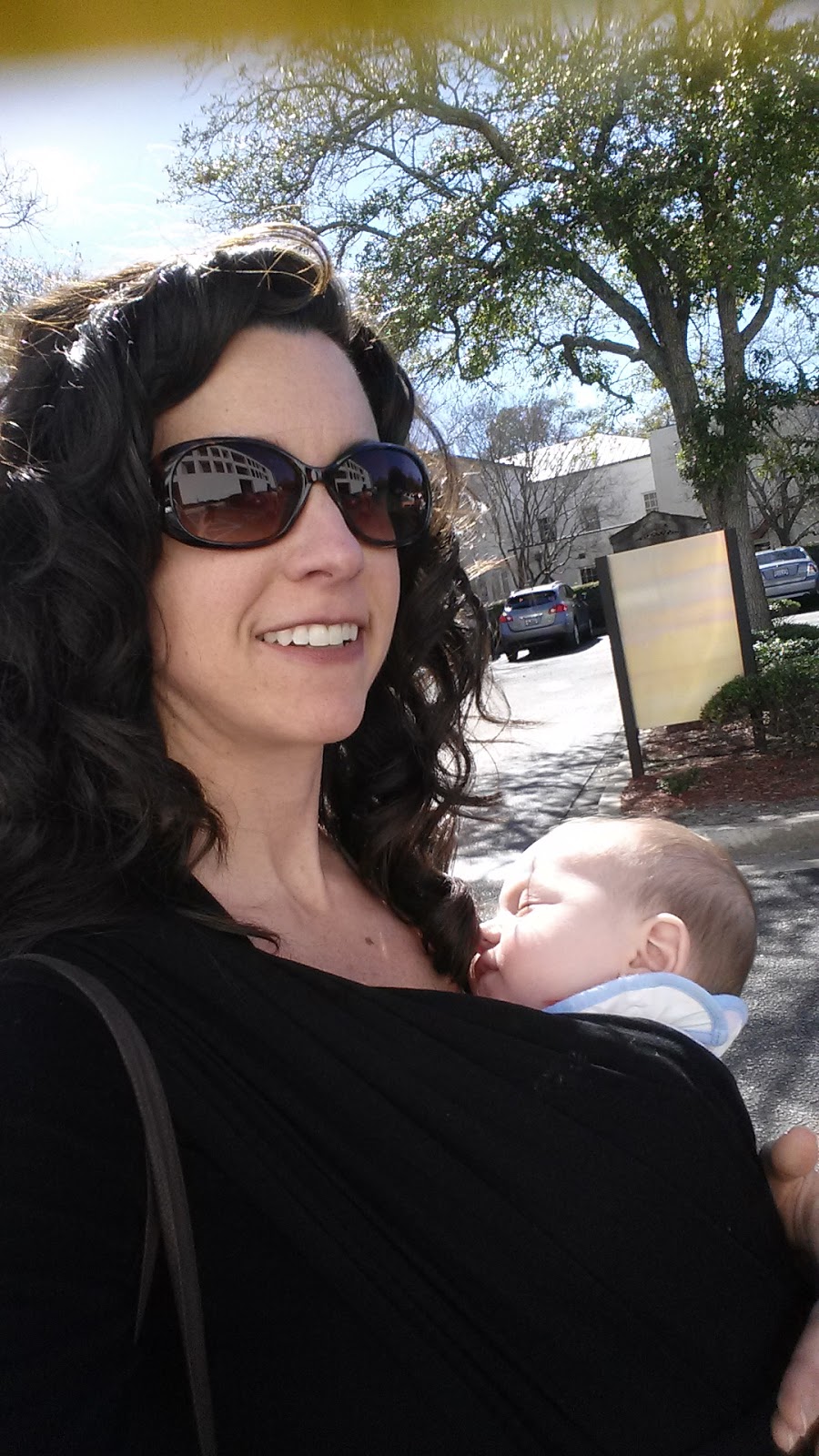 That evening I had the tea party themed bridal shower to go to so J was on his own with both boys.  Had this been the previous weekend I would have been a huge ball of anxiety since Elliot was refusing bottles.  Instead I felt like it was ok for me to go out and have some me time with some friends that I hadn't seen in forever: 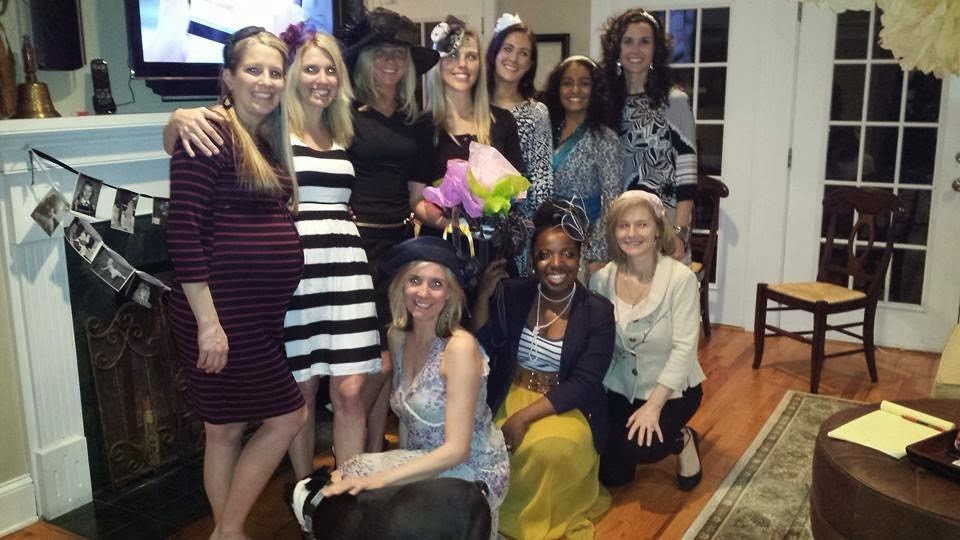 Yesterday was another beautiful day outside so we took advantage of Elliot finally settling into a nap routine and gave my car a much needed cleaning (with Andrew's help): 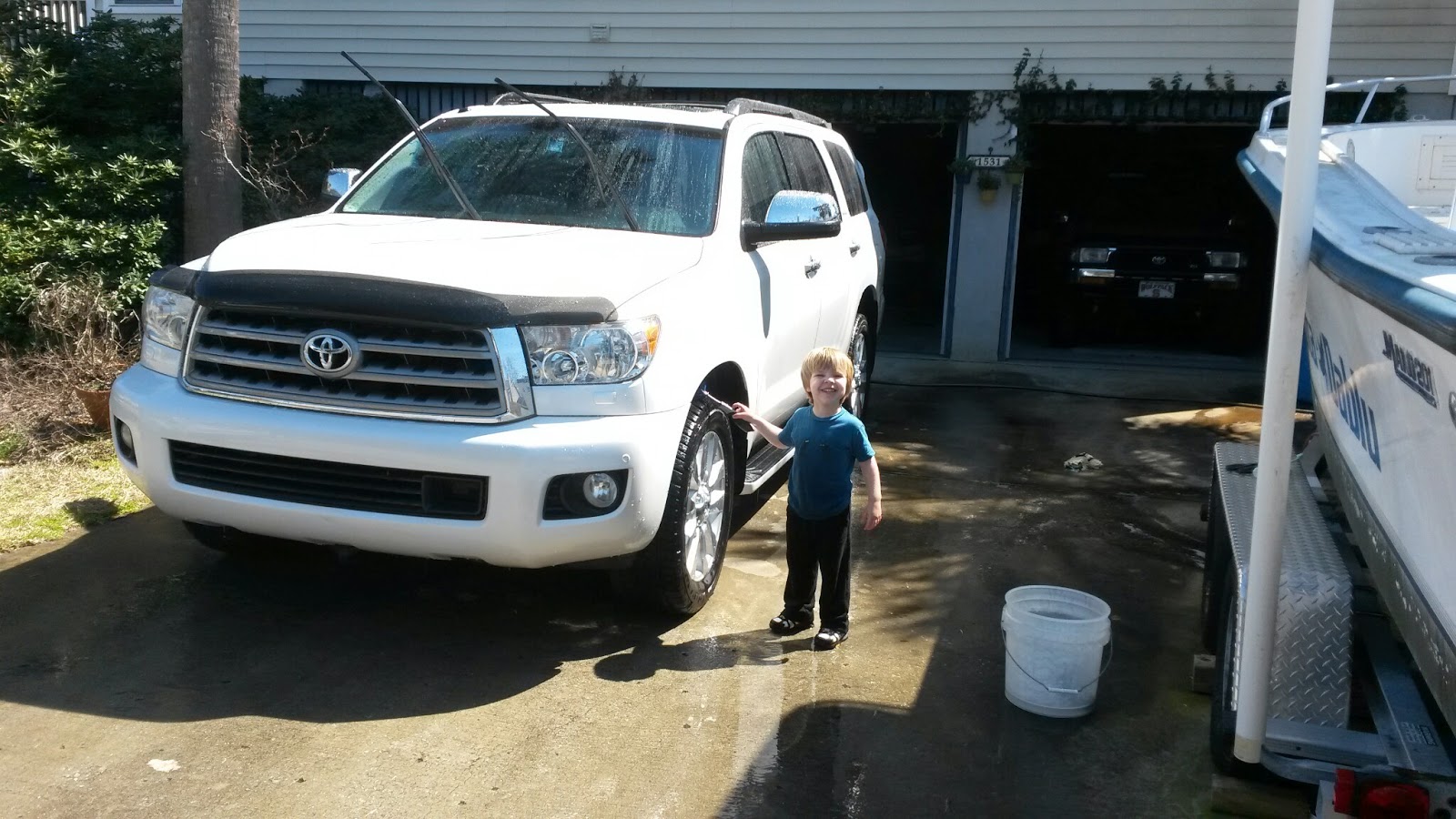 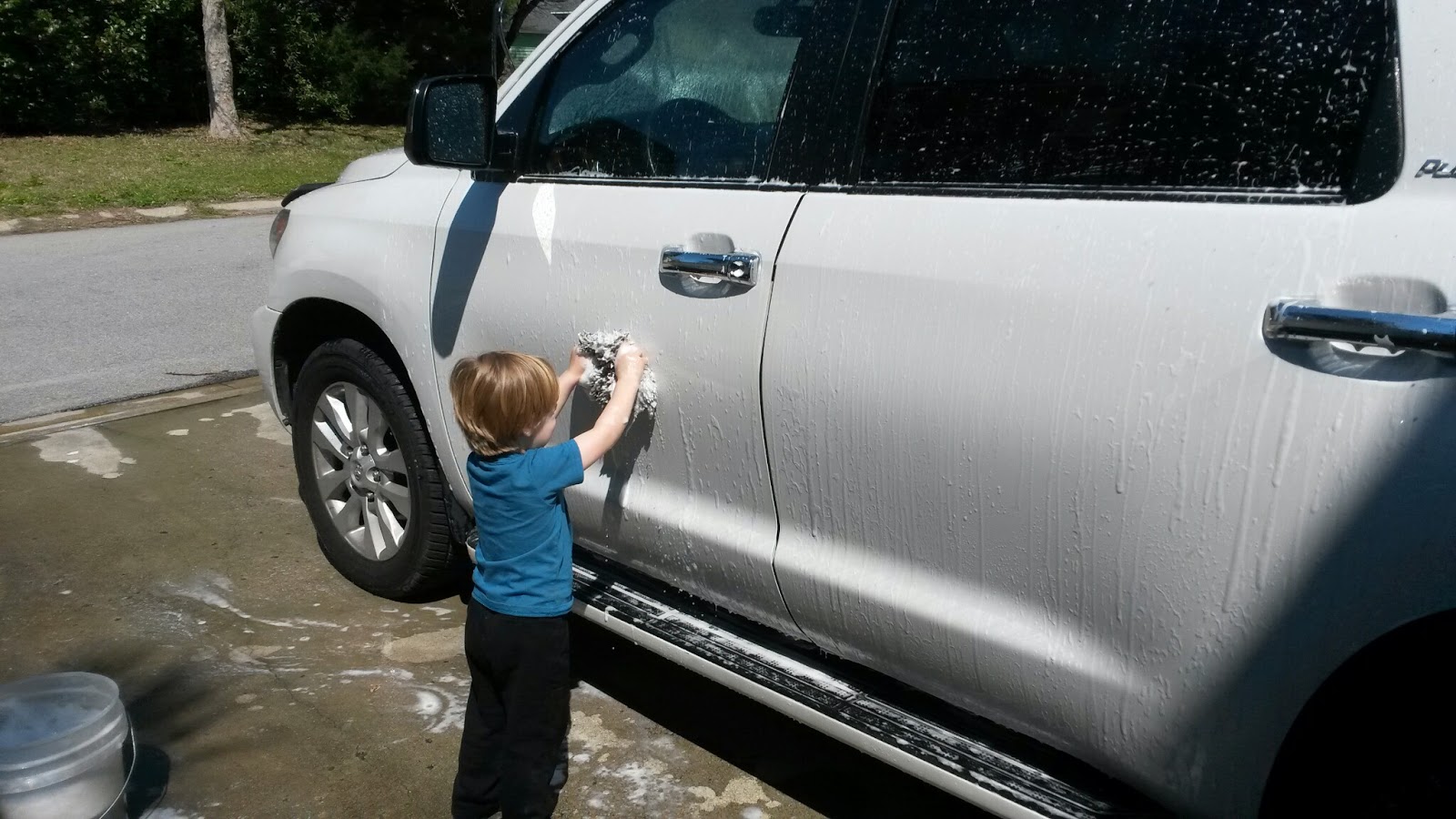 I hope he is that excited about helping out when he is old enough to actually help.  After he was done washing he enjoyed sitting in the car and turning every knob and pushing every button that he could find: 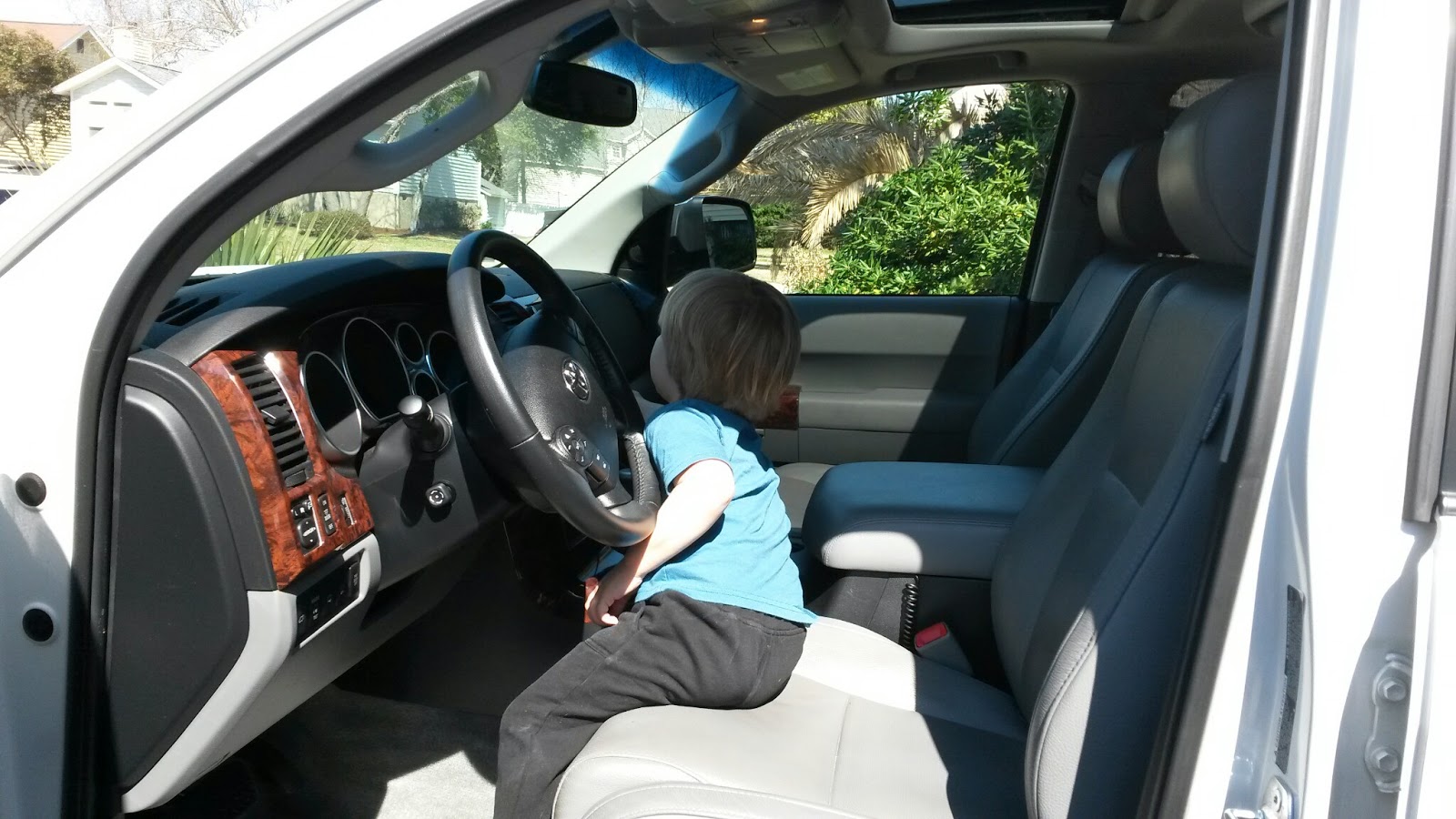 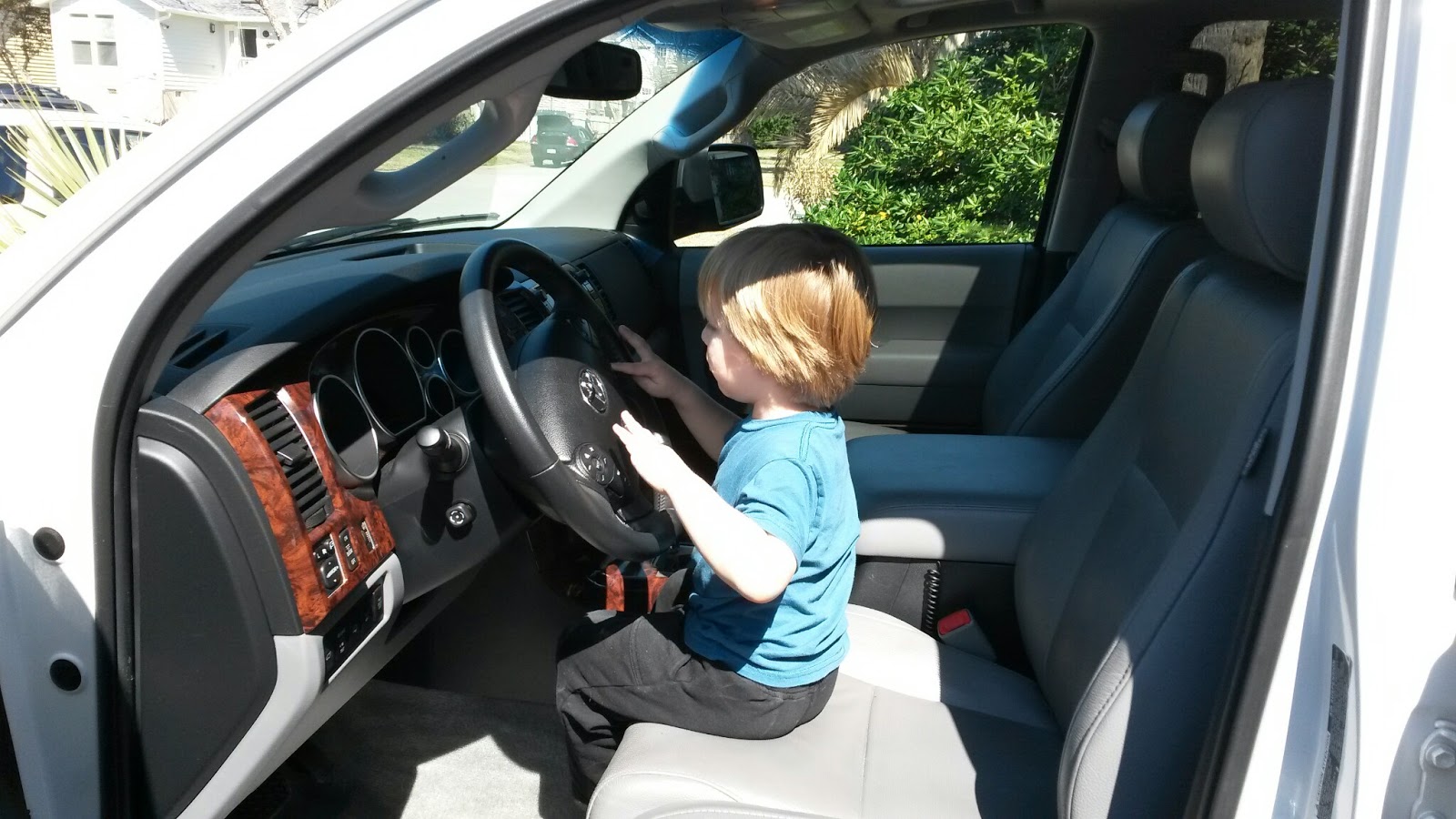 After Elliot woke up I took him out for a little photo shoot since I wanted to get a couple pictures of him in this cute little outfit before he gets too big for it: 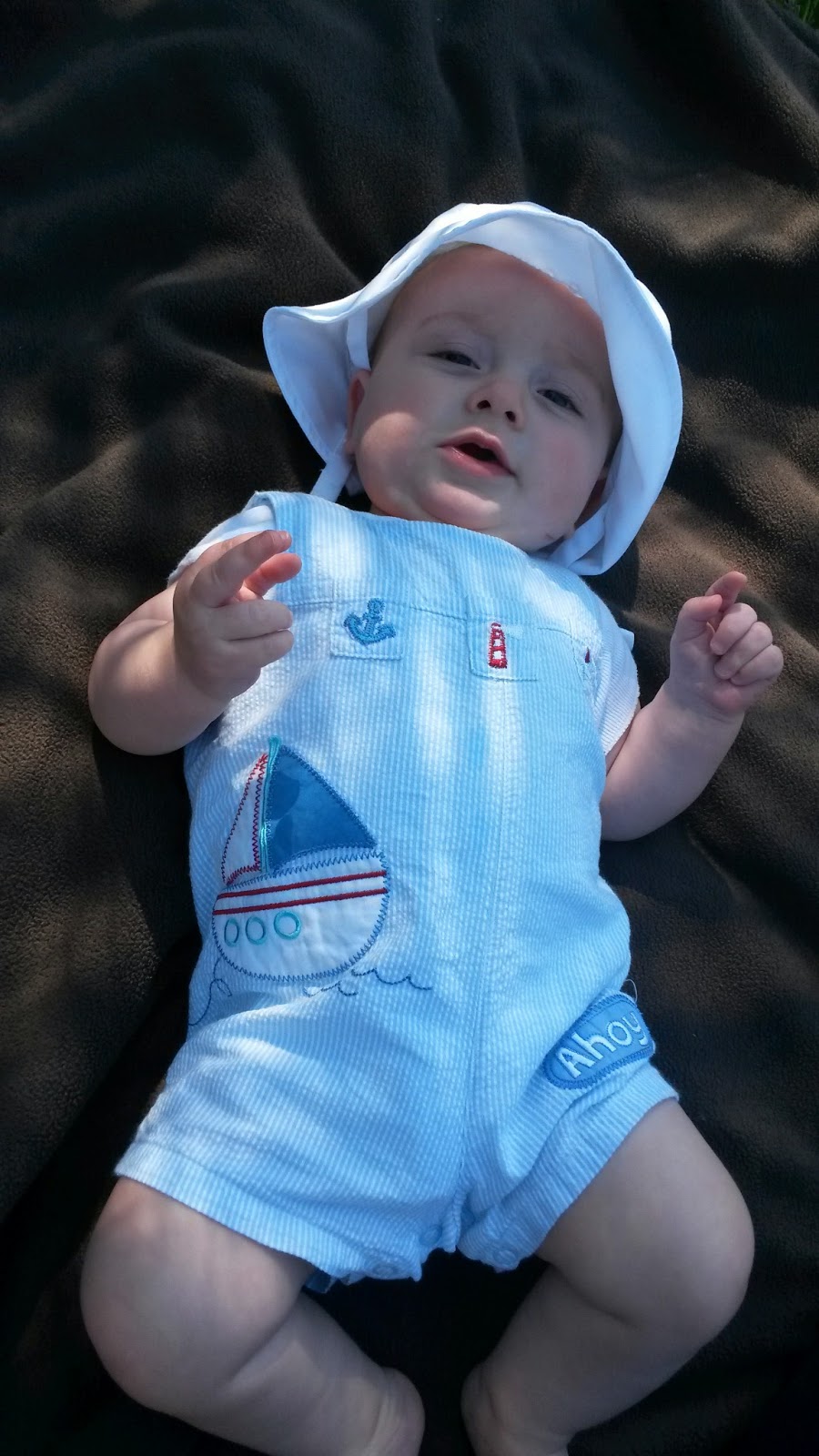 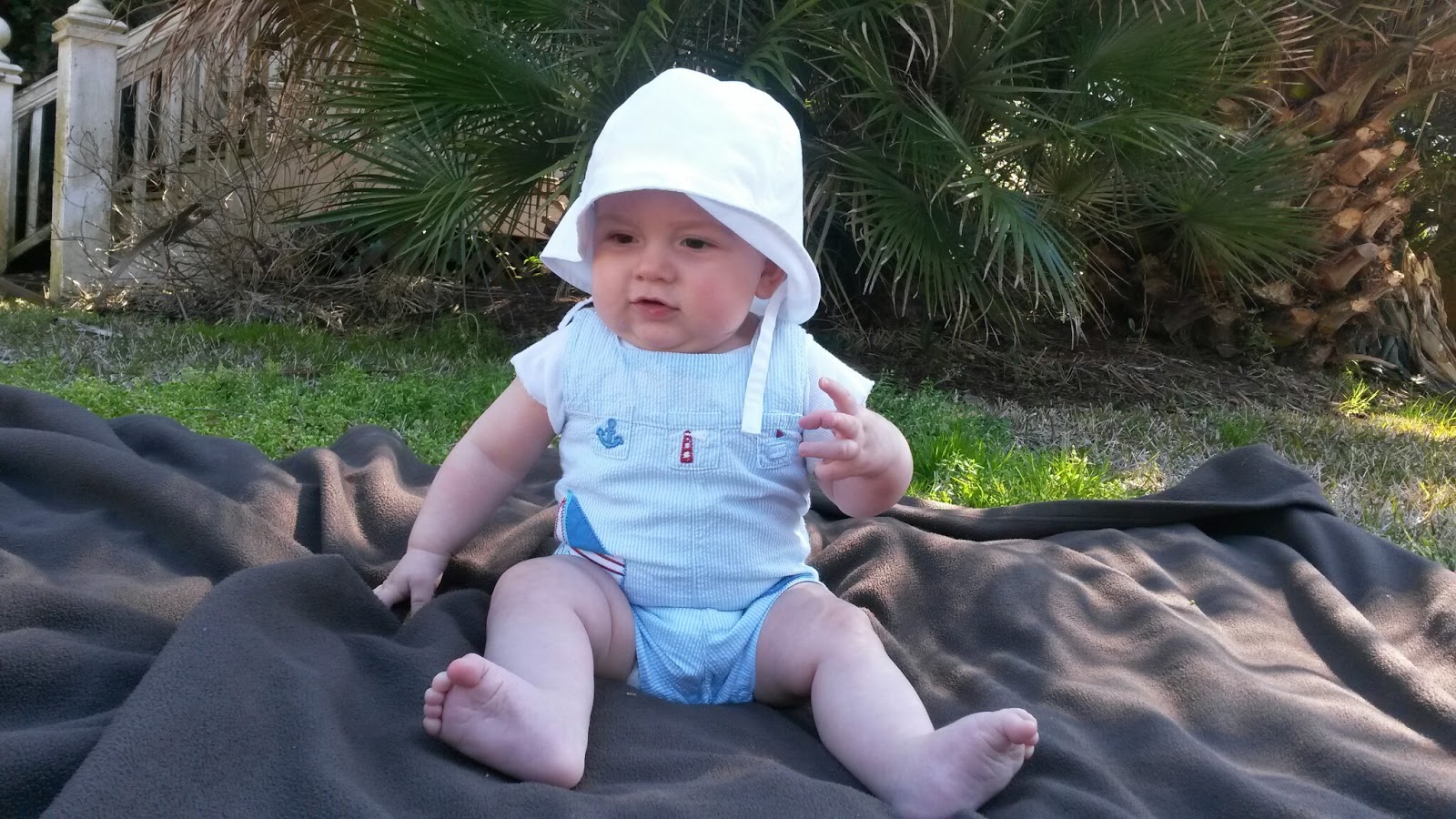 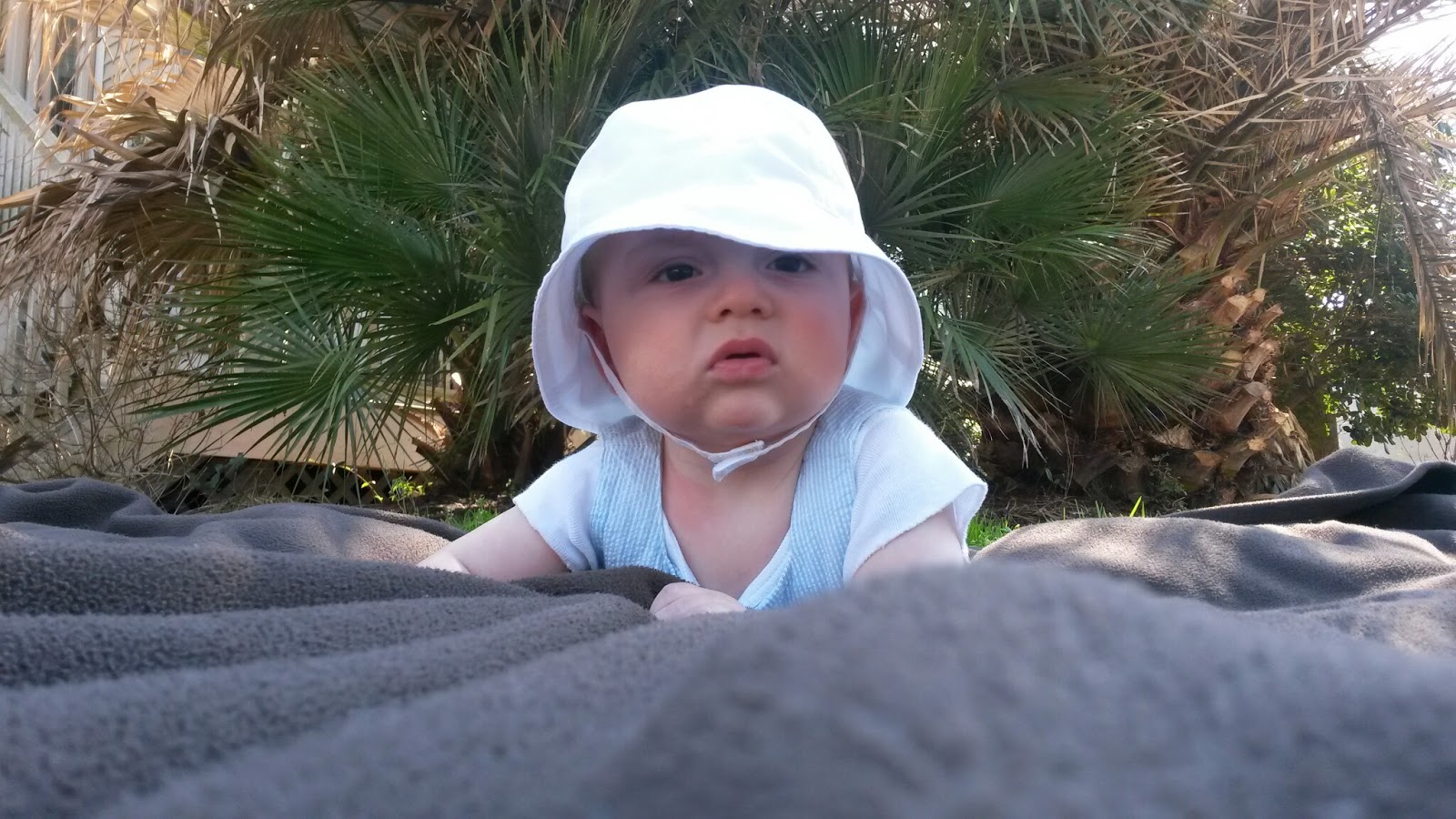 It was a really nice couple days. Not at all like last weekend when I spent the better part of Saturday in tears while we worked on breaking the bottle strike. This was a weekend that I really enjoyed.  Spending time with all my boys and getting a little time on my own. I finally feel like we are settling back in to some sort of routine and that life is getting a little bit easier.  It makes me look forward to all the things we'll get to do in the future with our boys - and maybe even getting a little more me time.