Birthday Party Planning... Or Not

Yes, that's right. As much as I am in denial, in less than two weeks my little munchkin is going to be three years old.(What?!?!)

Since his birthday is rapidly approaching I started to think about what we're going to do to celebrate.   His first birthday didn't really have a theme beyond having a dinosaur cake and some decorations.  For his second birthday we had somewhat of an Easter theme and had a little Easter egg hunt in the back yard and set up his jump castle for the kids.  He had a good time and it wasn't too much work (we smoked some barbecue and I made cupcakes.)

My first thought for this year was a pirate party.  He LOVES Jack & the Neverland Pirates.  I started looking all over Pinterest to find pirate cakes and decorations for his party and got a little bit excited.  Then I started thinking of the guest list.  I sent messages to my family to see if they'd be available.  My mom said "As far as I know, yes". My oldest sister responded with "It depends on the time. Both girls have soccer games that morning." And my other sister responded with "I took 11 days off for this cruise so I'm working a lot when I get back. Sorry I'm gonna miss it."  So yeah, there was less than no excitement from my family.

I thought about saying to hell with them, we'll just do a party on our own.  Then I realized that since he is in a very small in-home daycare that Andrew doesn't have a ton of little friends yet.  We have friends with kids around his age that we could invite, but the more I thought about it the more I thought maybe it wasn't necessary to go through a ton of preparation (and the expense of buying a bunch of stuff for a party) to throw a big party for kids he doesn't know that well.

So I had a brainstorm.  Instead of throwing an elaborate party that he most likely won't remember, why don't we just doing something fun as a family?  Andrew loves animals and I've been wanting to take him to the zoo for a long time and what better time than his birthday?   We'll be going to Riverbanks Zoo up in Columbia the weekend after his birthday (please let us have good weather!!).  My in-laws are going to meet us there since it's about halfway between their house and ours, so they will be celebrating with us. I still plan on making him a cake and maybe we'll even take it with us so we can do a little celebration there.  The more I think about it the more excited I get. I keep asking him if he wants to go to the zoo for his birthday. He says yes and when I say we can see lions and tigers he says "And rhinoceroses?".  I said we'll see monkeys and he started making his monkey noises

I've been looking at their website and you can feed the giraffes and walk around with kangaroos. There are pony rides and train rides, too.

So there we are. Instead of a big party with a lot of work and stress we are going to do an experience birthday for him.  I'm really looking forward to it (even if I do want to cry about the fact that my little baby is turning three!). Here's hoping he loves it as much as I think he will. 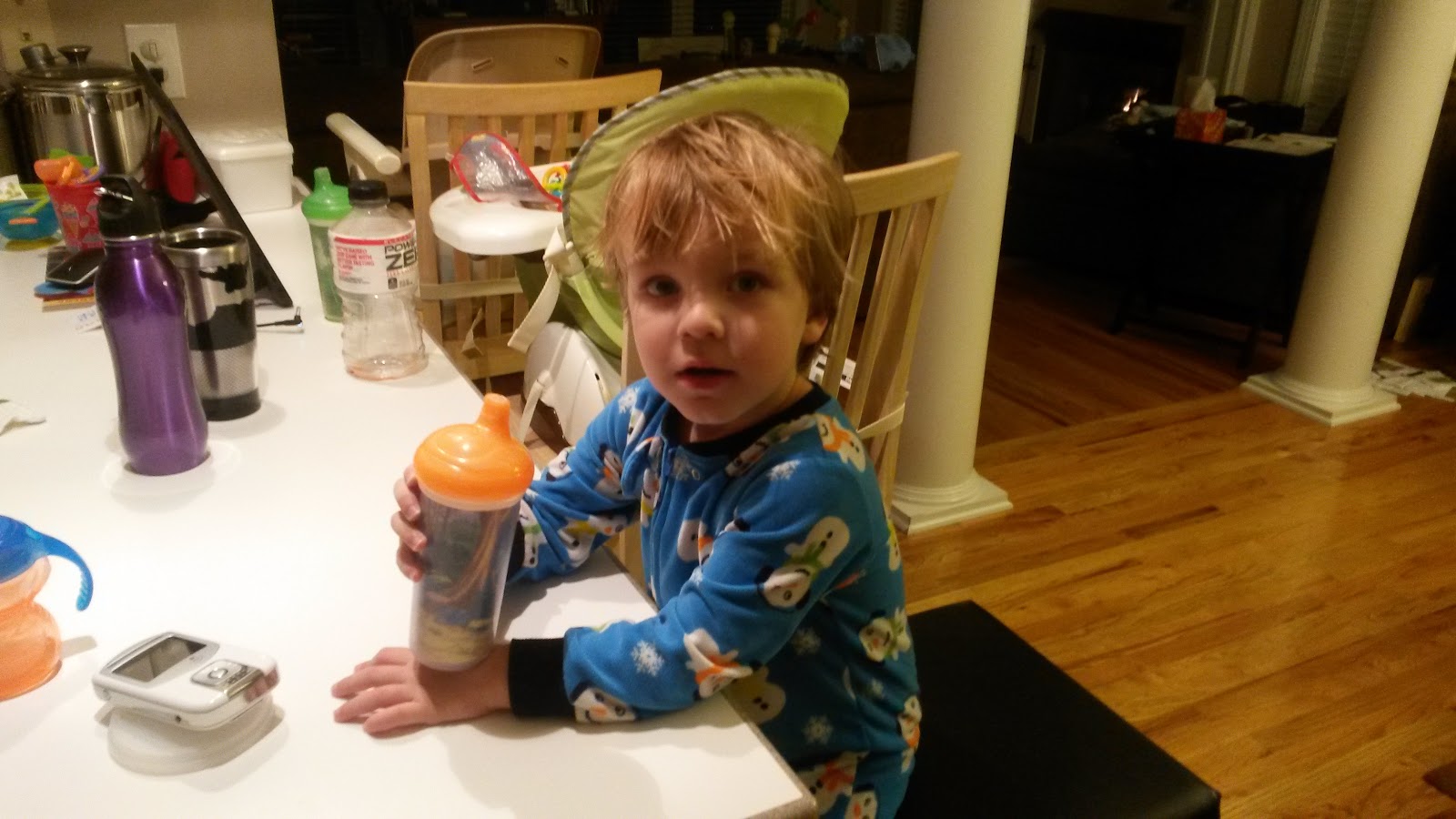