Saturday was Andrew's birthday party and despite the fact that we were rushed and I looked like a hot mess I think it was a success.  The rushing around and my hot messness were due to me scheduling his party for 1:00 in the afternoon on the day that J and I were also running the Cooper River Bridge run - with 43,000 other people.  If the race had started at 8:00 like it was supposed to we would have been ok, but it started an hour late so I was freaking out.  Oh well, at least it didn't rain!

I was glad that people were able to hang out outside on the deck instead of everyone being crammed into our house.  The blond standing on the far side of the table is one of our daycare providers, Andrea.  She and Marc came and bought Andrew a little swimming pool that we will be using in the back yard this summer.  I can't wait to put him in it! 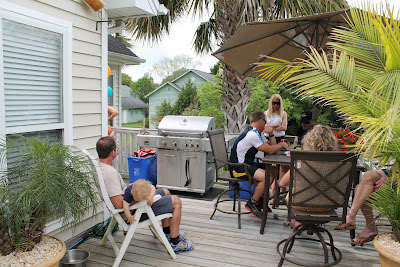 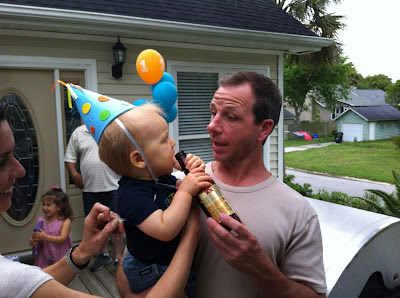 Then it was time for him to dig in to his dinosaur cake.  It came out ok, even though it was kind of falling apart and had to be slapped back together with icing.  It was still pretty tasty  :) 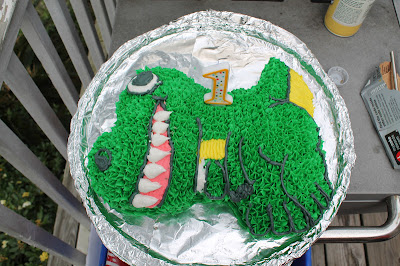 We all sang 'Happy Birthday' to him and I blew out the candle since he didn't know what to think of it. 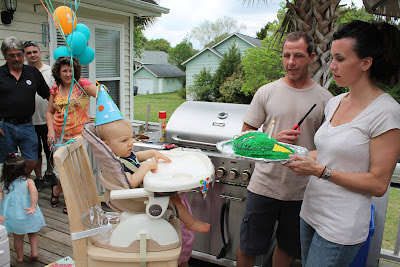 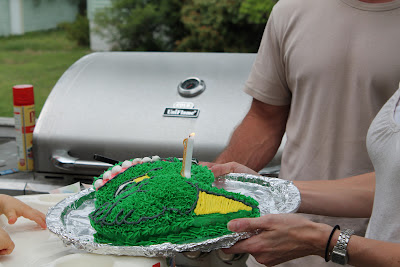 Surprisingly he didn't dig right in. 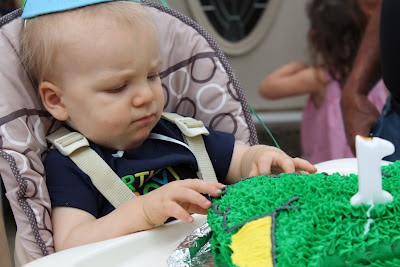 Even his cousin Kendall was encouraging him to go for it.  Or more likely she wanted to grab the cake to get revenge for Andrew stealing her hot dog chunks off of her plate while they were eating lunch earlier. 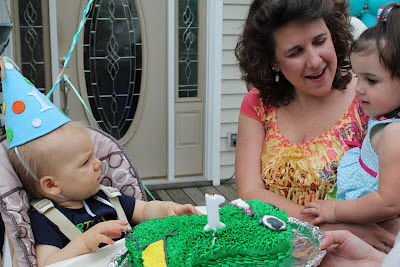 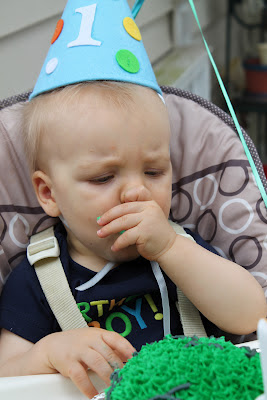 Then he started to get the hang of it. 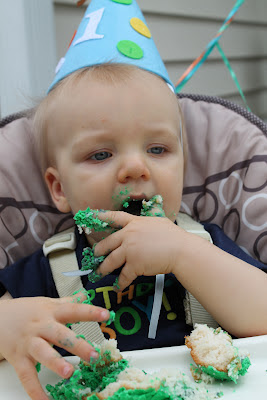 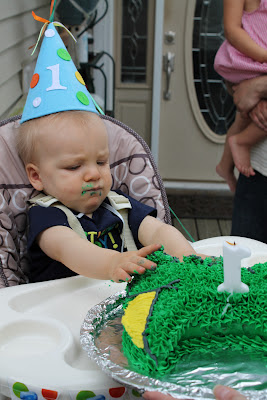 Excuse my appearance.  There was no time to actually do my hair before people showed up at our house. 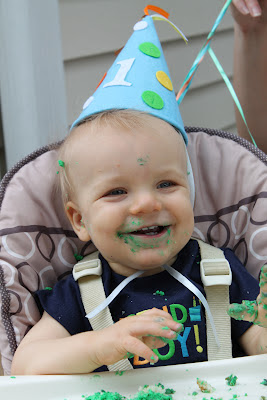 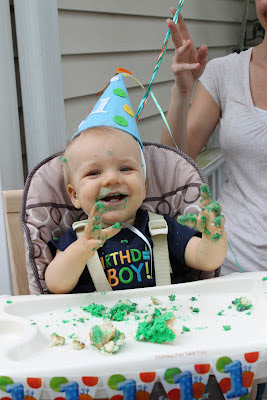 The birthday boy was all smiles after making his mess.

Then it was time for presents! 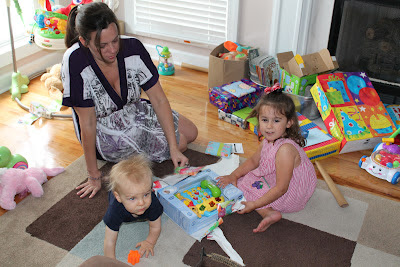 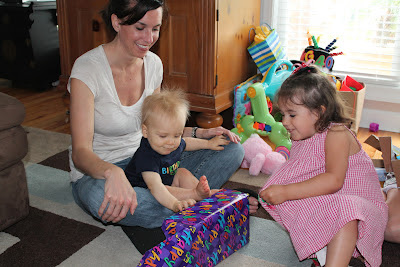 His cousin, Kayleigh, helped him with the unwrapping. She is 4 and loves to unwrap presents. 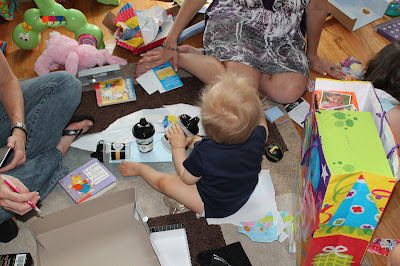 Now he has some Penguins and Steelers sippy cups that we will be trying to get him to drink his milk out of. 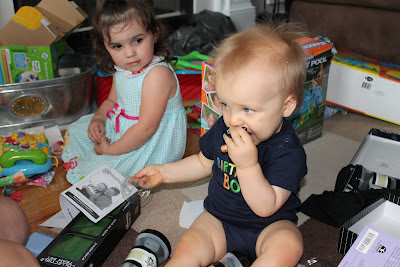 Kendall watched him chewing on his little Steelers guy 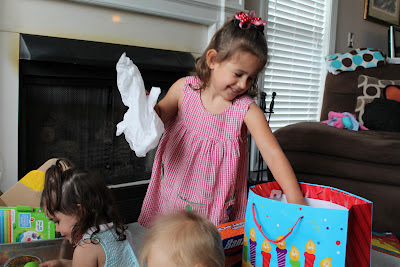 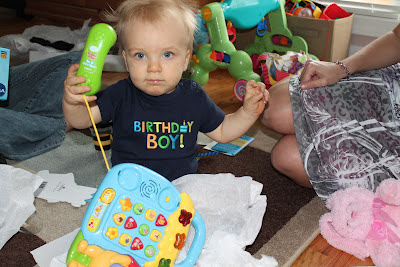 Playing with his new Winnie the Pooh phone. 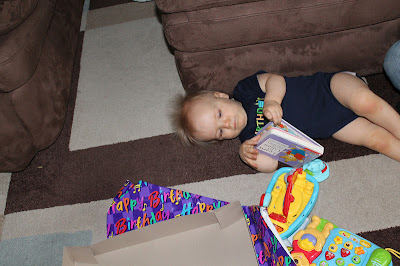 And after all the excitement he was ready to curl up with a new book.


So even though it wasn't a big fancy theme party I think it turned out pretty well.  Everyone ate, drank, and was merry and Andrew has some new and obnoxiously loud toys to play with.