This weekend we had a lot to do. On Saturday we had my company picnic at Blackbeard's Cove (a local amusement area with go-karts, mini-golf, arcade games, jump castles, etc.) and yesterday we had a first birthday party for a friend's son over at the park by Alhambra Hall.  Obviously both occasions had lots of kids running around.  And there were lots of questions for us from lots of people.  The big one was "Are you going to have another?".

That is an excellent question.  And I'm wavering.

Since I think I got my first post-partum period a few weeks ago I have begun charting again with fertility friend.  Mostly it's so I can try to see what the heck is going on with my body.  I'm not holding out much hope that my cycles are going to be "normal" just yet, and I really just want to see what's going on and be prepared.

Anyway, J and I have discussed in passing before if we are going to have a second child.  He has mentioned wanting to have a little girl (um yeah - it's a 50/50 shot, dude) and how we should just pack up the baby things "until next time" so obviously he would like another little munchkin running around.  And I would, too. I mean, when I look at this face: 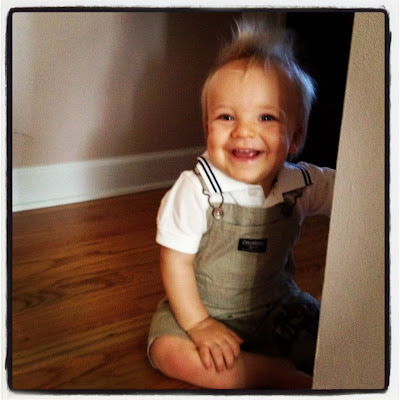 How could I not want another one??

Sadly, one thing that's holding us back right now is the money.  We are by no means struggling to make ends meet right now - we are comfortable and doing just fine.  But if you add in another little person I think all bets are off.  J had said before if we had another kid I would probably need to stay home, which I might be ok with, but I don't think it's really true.  If you doubled what we pay for childcare right now it would still be a little less than one paycheck for me so it's not like I would be working for nothing.  Of course if we had another child we might have to switch daycares because I don't know if there would be a spot for another baby there (and I absolutely LOVE our daycare so the thought of moving Andrew would break my heart).  If I didn't have my giant car payment (that $754 payment is a punch to the gut every month) and we didn't have that empty lot that we are paying on then getting by with one paycheck might be feasible. Right now it is not.

Then there is the room factor.  Our house isn't tiny, but it isn't huge. Technically we could make do with where we are since it is a 4 bedroom 3 bathroom house (one of those bedrooms is now the 'man room').  But we don't have a play room for kids and that is something I think we really need.  What our house lacks in size it more than makes up for with it's location. We are right next to one of the best elementary schools in the state (#4 out of 566 statewide according to schooldigger.com).  That means in 4 years when Andrew starts school I will be able to walk him there every morning.  I love that.  And the middle school  he will go to (less than a mile from our house) is #8 out of 254.  Not bad.  If we were to build a house on the lot that J bought when we first started dating and move over there then Andrew would have to go to different schools that aren't as good ( #79/566 and #34/254) or as convenient.  Plus I LOVE our house. We have put so much work into it that I hate the thought of leaving it.

So I don't know.  I still think we will have another little munchkin, but we need to figure out the logistics.  In the meantime I will keep charting and keep enjoying this amazing little kid: 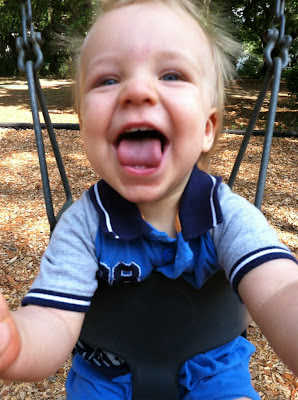