Well, I didn't get in as many miles in March as I did in February, but I still surpassed my 50 mile goal.  I was able to get in 52.9 miles, which isn't too bad considering there was a week when Andrew was sick and hitting the gym wasn't a super high priority.  I've gotten some more outdoor runs in, including a few times over the bridge (with J pushing the munchkin in the stroller). We also did the bridge run this past weekend and even though I didn't get a PR I did do ok I guess: 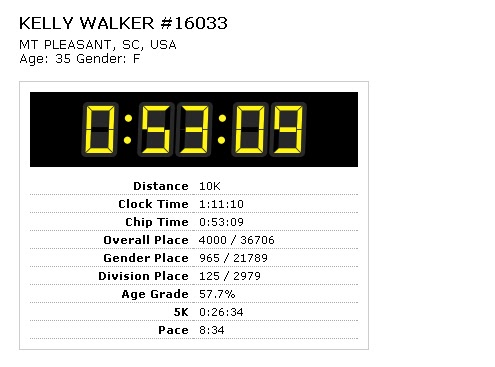 I don't know that I've gotten my eating habits back on track, but I'm trying.  With being so busy this past week getting ready for his party and everything else I don't think I ate as much.  Oh, and since my supply has started drying up I will not have the excuse of needing the extra calories any longer.  Hopefully that motivates me to get my habits in check

Anyway, here is my comparison from February to March: 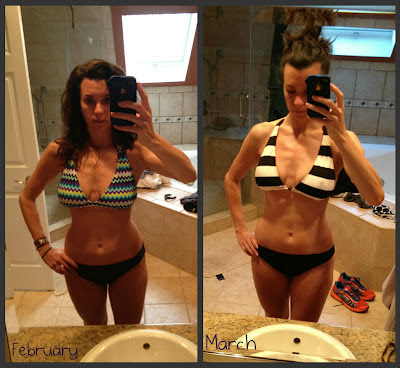 I don't see much difference with the front shots except my chest looks bony and weird in the March one.  I hope that's just the lighting and not how it really looks. 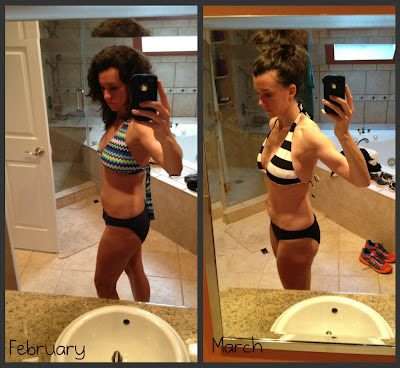 I think my belly looks a little flatter this month, but that might just be the way I was standing.  My boobs also look flatter. I chalk that up to the milk starting to dry up.

So hopefully by next month I will be in shape enough to bare this body at the beach.  This year I don't have the "I just had a baby" excuse to fall back on.  I have a feeling I'll be so busy chasing Andrew around the beach - and trying to keep the sand out of his mouth - that I won't have time to sit back and compare myself to other people out there, though.