Holy cow.  Is it really time to start thinking making decisions about preschool?  As much as it makes me want to cry, the answer to that question is "Yes".

Andrew will be three next week ** sniffle sniffle ** and that means we will be gearing up to move him from his current small in-home daycare to a preschool environment with more kids.  We aren't doing it just yet - he'll be moving in August. Mostly because while they are both at the same daycare we get a $5/day discount on Elliot (for being the second child) and because preschool will actually be more expensive than daycare (something I was naively unaware of until I started looking at them).

Initially we planned on sending him to Coastal Christian because it is literally right down the road from our house.  The more I looked into it, though, the more I thought that it wouldn't be a good fit for him. Based on talking to other parents and what Andrea has seen with her past kids going there we have both been concerned that it would not be enough of a challenge for him and that he may begin acting out.  The three year olds there are learning colors and numbers and other things that Andrew has known for a long time.  I'm afraid he'd be bored there.  We had considered it because we thought it was cheaper, but their school day ends at 2:40 so we would have to pay for 3 hours of after care every day. And we would have to figure out what to do with him over the summer since it's not year round.  Add all that up and we wouldn't be saving any money and would be sending him somewhere that I don't think will benefit him.

The next place I looked at was Children's Discovery Center.  I took Andrew there to tour it back in December and I was very impressed.  It's a new school that just opened last August so everything is all bright and clean.  While we were walking through and I was talking to the assistant director Andrew made himself right ah home and climbed into the ball pit in the indoor play area. I discussed their teaching philosophy with the director and I love that they don't base things on age there, it's all performance based. So if Andrew is ready to move up to the next class he won't have to wait until he turns four. And he won't have to wait until the rest of his class is ready to move up.  They are very hands on there and use the  Reggio Emilia philosophy for teaching.  This will give Andrew some control over what he is learning and I think it will be more of a challenge and will hold his interest.  He is a smart little kid and I really think he will thrive there.  Plus their hours are 6:30 - 6:15 and it's year round. So we won't have to worry about after school or summers.  It's a little further from home, but since it opens earlier J can drop him off on his way to work and I can take Elliot to daycare.  It's $975/month, which isn't cheap, but in all honesty it's not much more than we are currently paying for daycare.

I also looked at Chesterbrook Academy and while I liked it, I didn't love it.  I think he would do ok there, but it's all age based and I think there is the possibility that he would be a little bored there as well.  One thing they do have going for them is that there is a pool and they do swim lessons over the summer.  It's an older school so it's not as shiny and impressive as CDC and it's further from home.  It's only about $50 less per month, so it wouldn't save us much by sending him there (and to be honest with the extra gas to get there it would work out to the same).

Our hope is that we will only need to send him wherever we send him for a year.  The elementary school next to us has a 4K program and we are really hoping we can get him in to that.  Unfortunately there are only so many spots and it is needs based and since Andrew is already such a little smarty pants he won't get priority.  Andrea just informed me this morning that he is already recognizing 85 words, he can count to 20 and recognizes numbers up to 40, knows all of his colors and shapes and I can't even remember what else.  He has really come out of his shell the last couple months and I'm so proud of everything he is learning.  As much as it pains me every month to write that check to daycare, she is doing a phenomenal job with him and has been worth every penny.

So there you have it. Before we know it this little dude will be heading off to his first school: 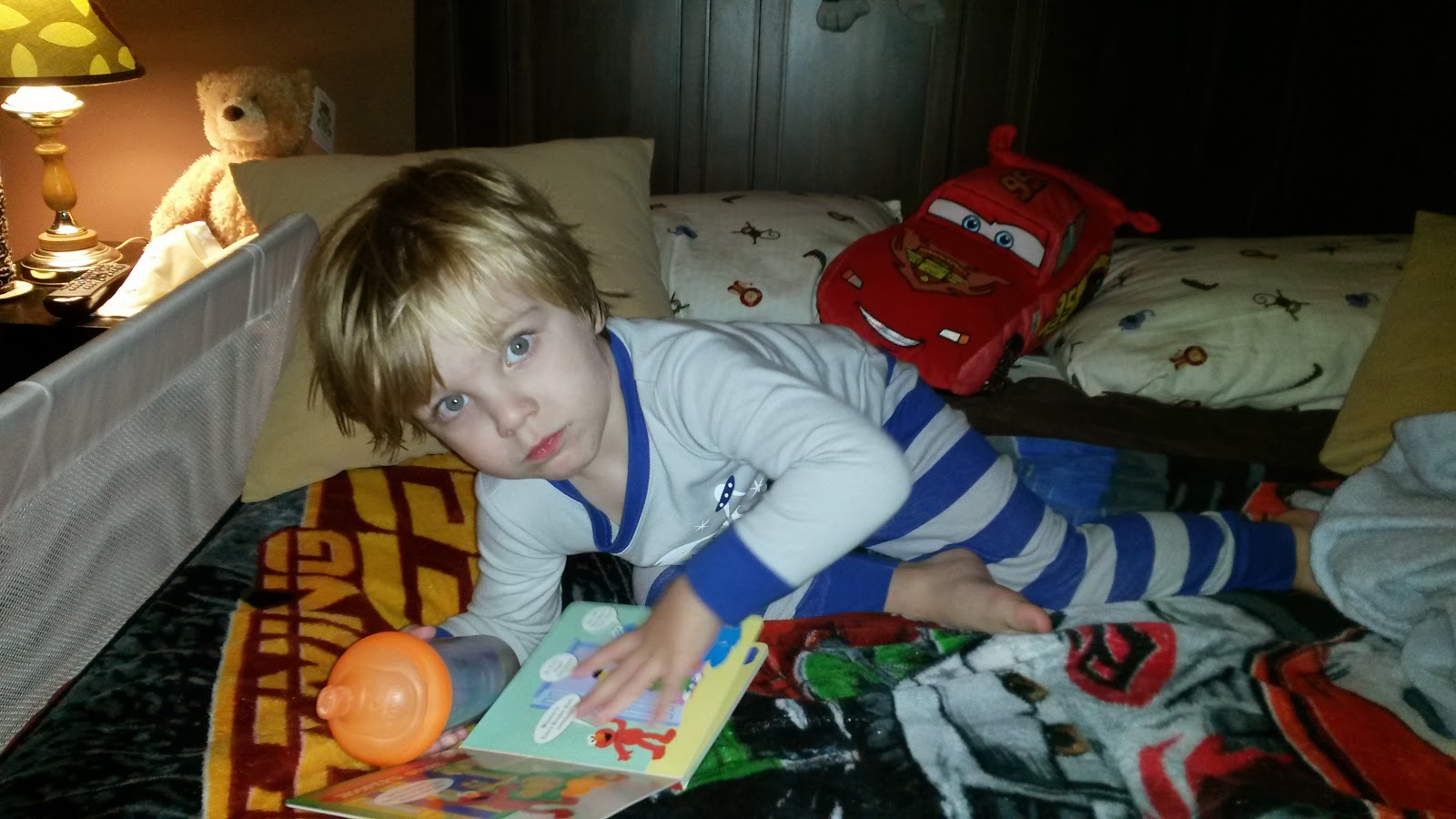 Be still my heart...