Shark week is always one of my favorite weeks. I have a strange fascination with sharks. I mean, they scare the bejeezus out of me and I'd probably have a heart attack if I encountered one in nature,  but one of the things on my bucket list is to go down in a shark cage and to see a great white in person.  Not sure either of those will ever happen, but I'd love to do them.

Anyway, since it's shark week the aquarium had some special things set up and we decided to head down and see what was going on.


Outside one of the exhibits was a table set up with some plush shark puppets and shark teeth. Andrew of course loved the stuffed shark: 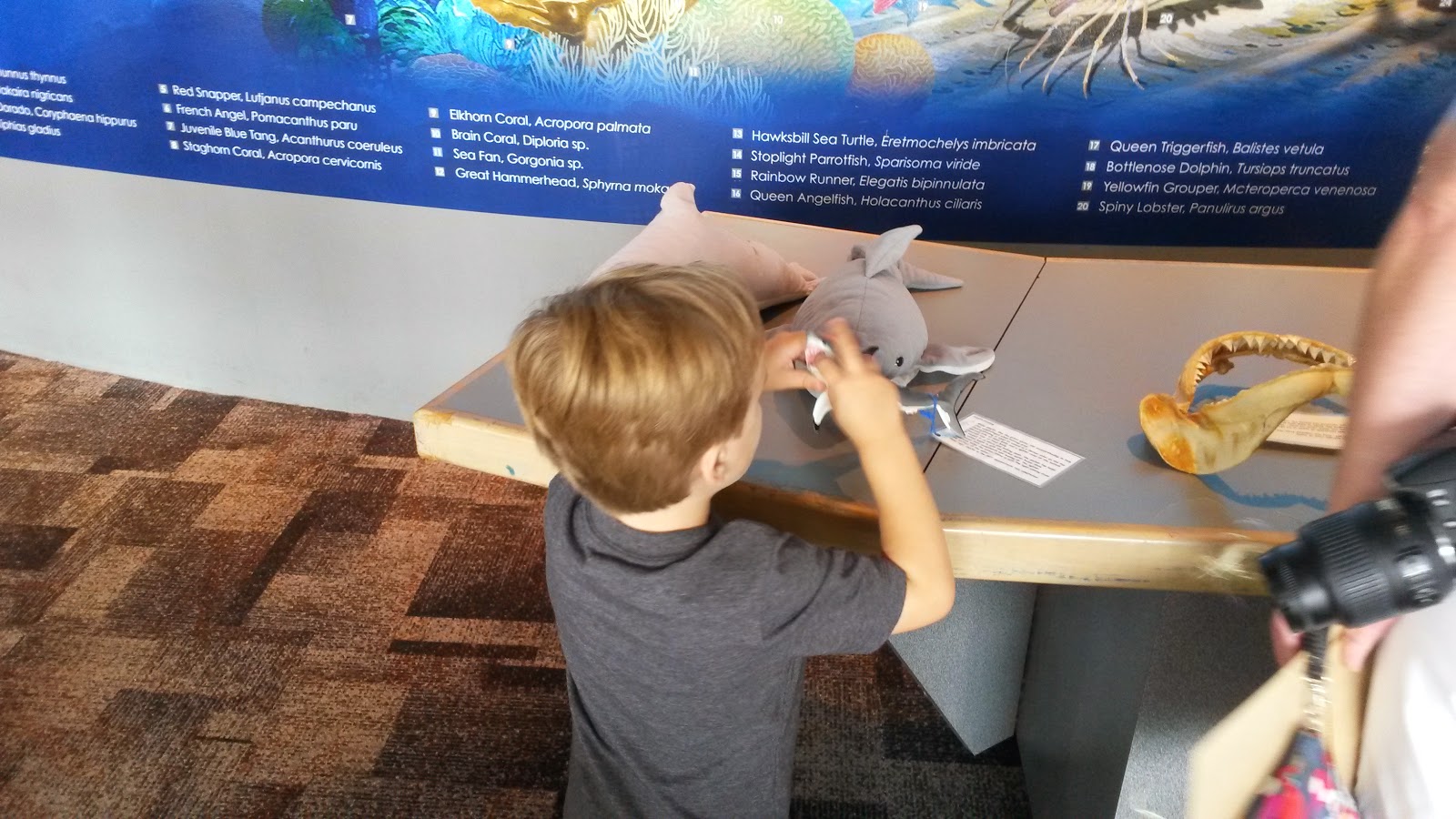 Then we headed over to the one play area.  Elliot wasn't all that impressed with the shark week extravaganza: 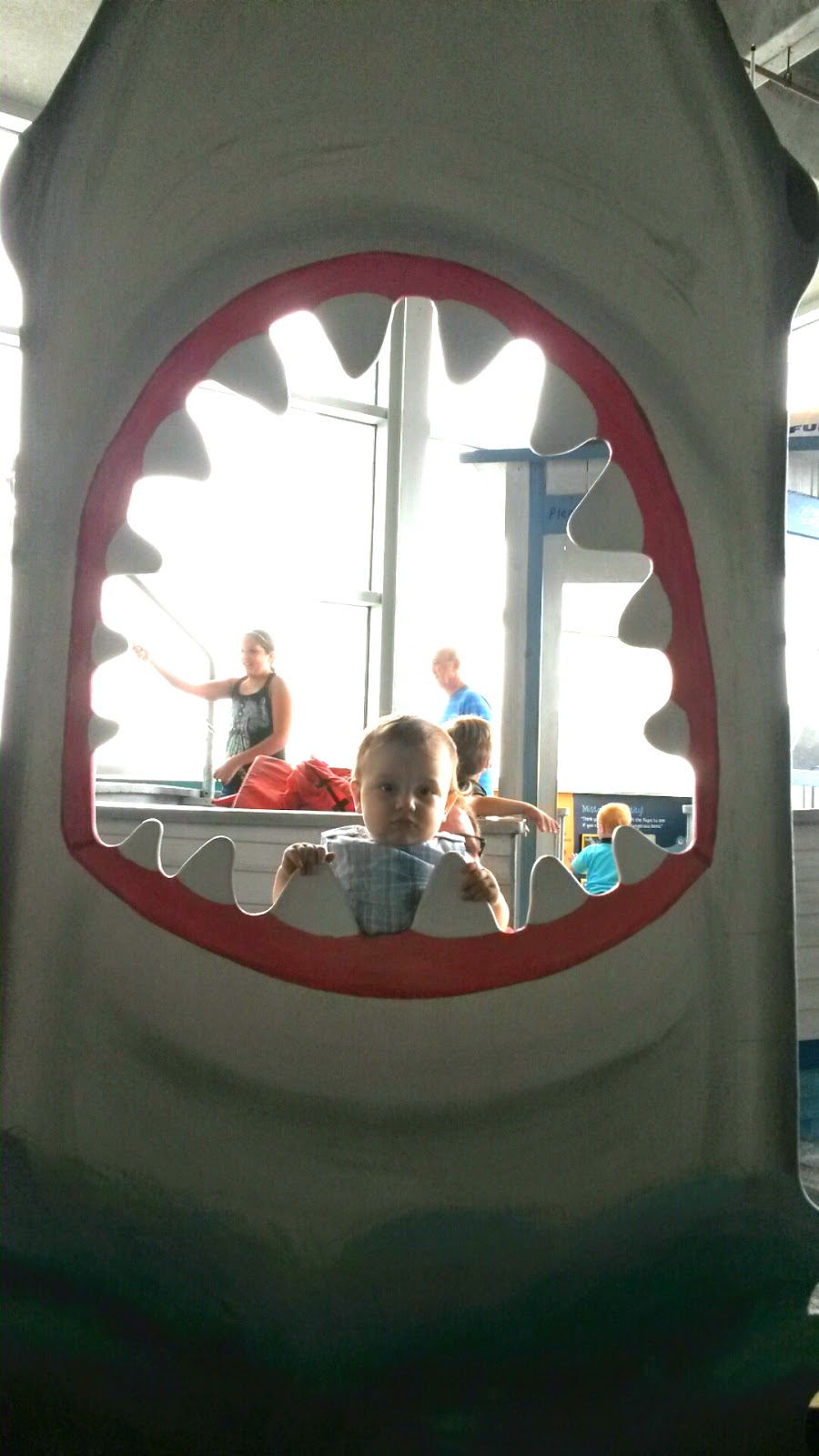 We went in to look at the great ocean tank and got a great shot of Andrew with the turtle: 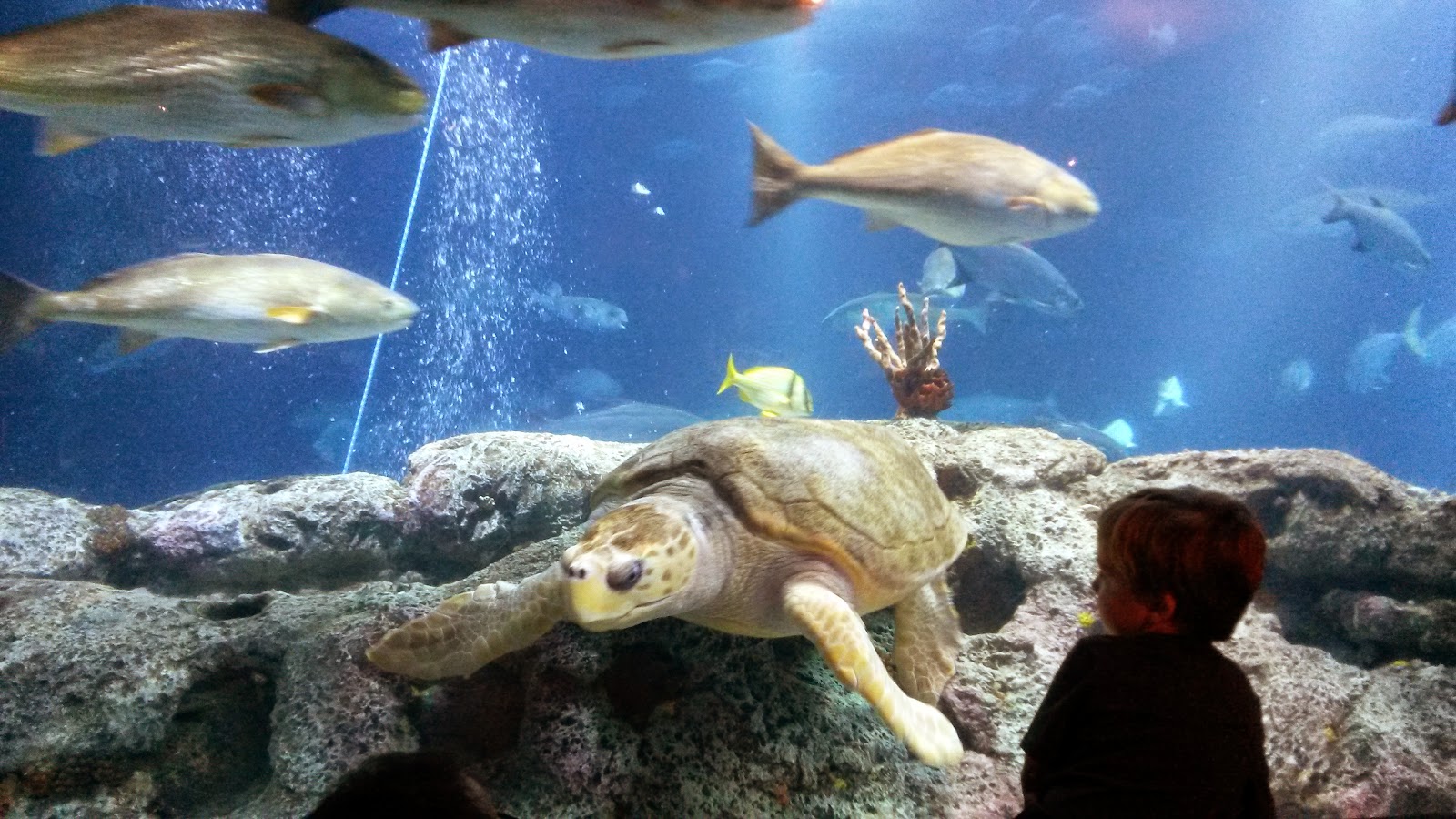 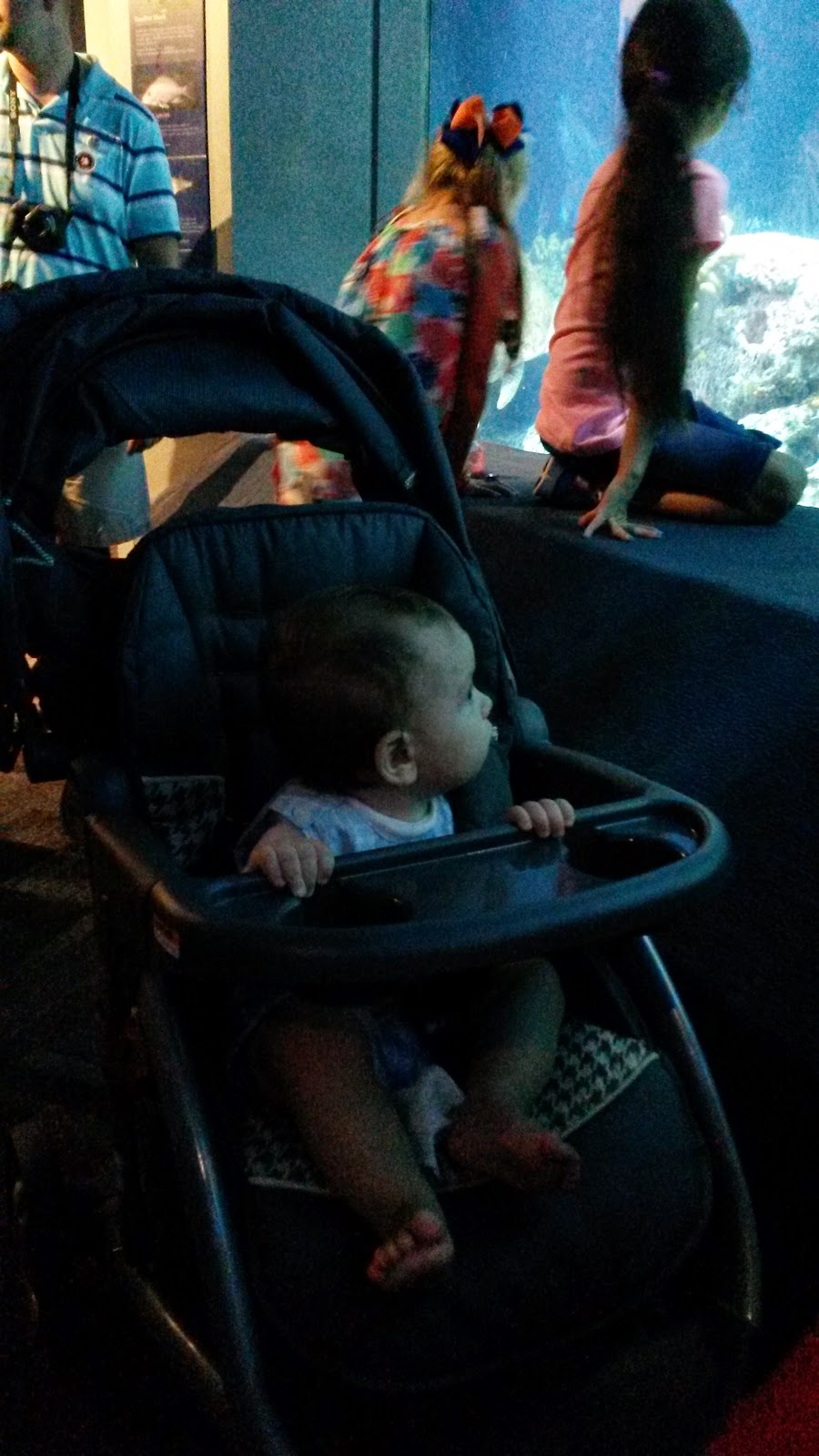 While J had to take Elliot down in the elevator Andrew and I went down the stairs by the ocean tank and played around: 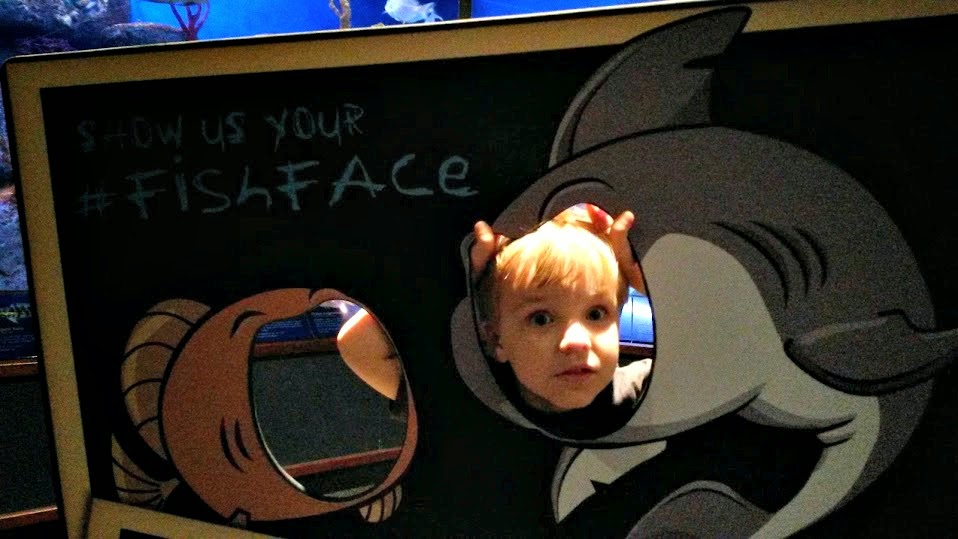 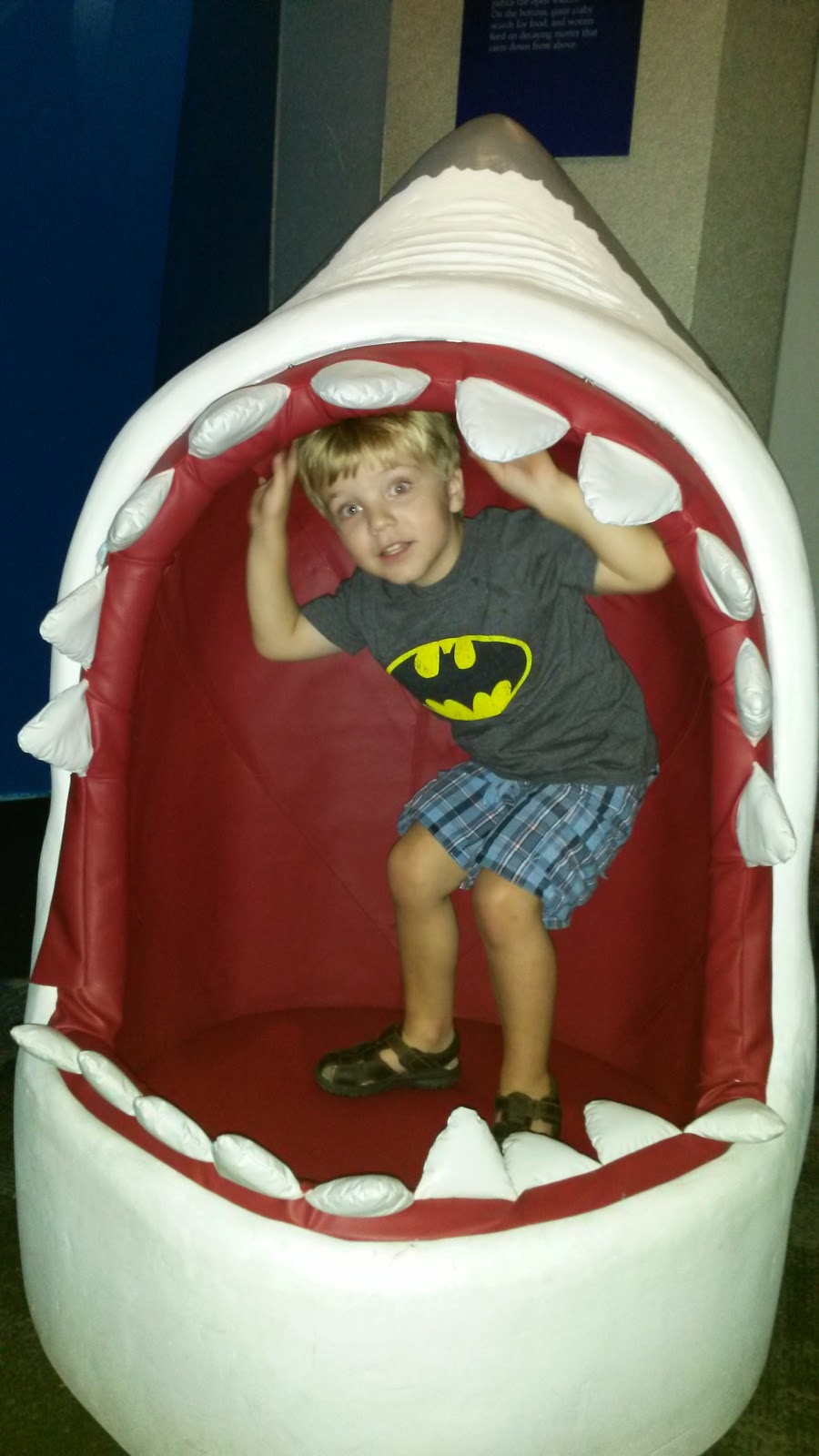 It was raining pretty hard outside so we went over to the play area in the Madagascar exhibit so Elliot could get out of the stroller and play around: 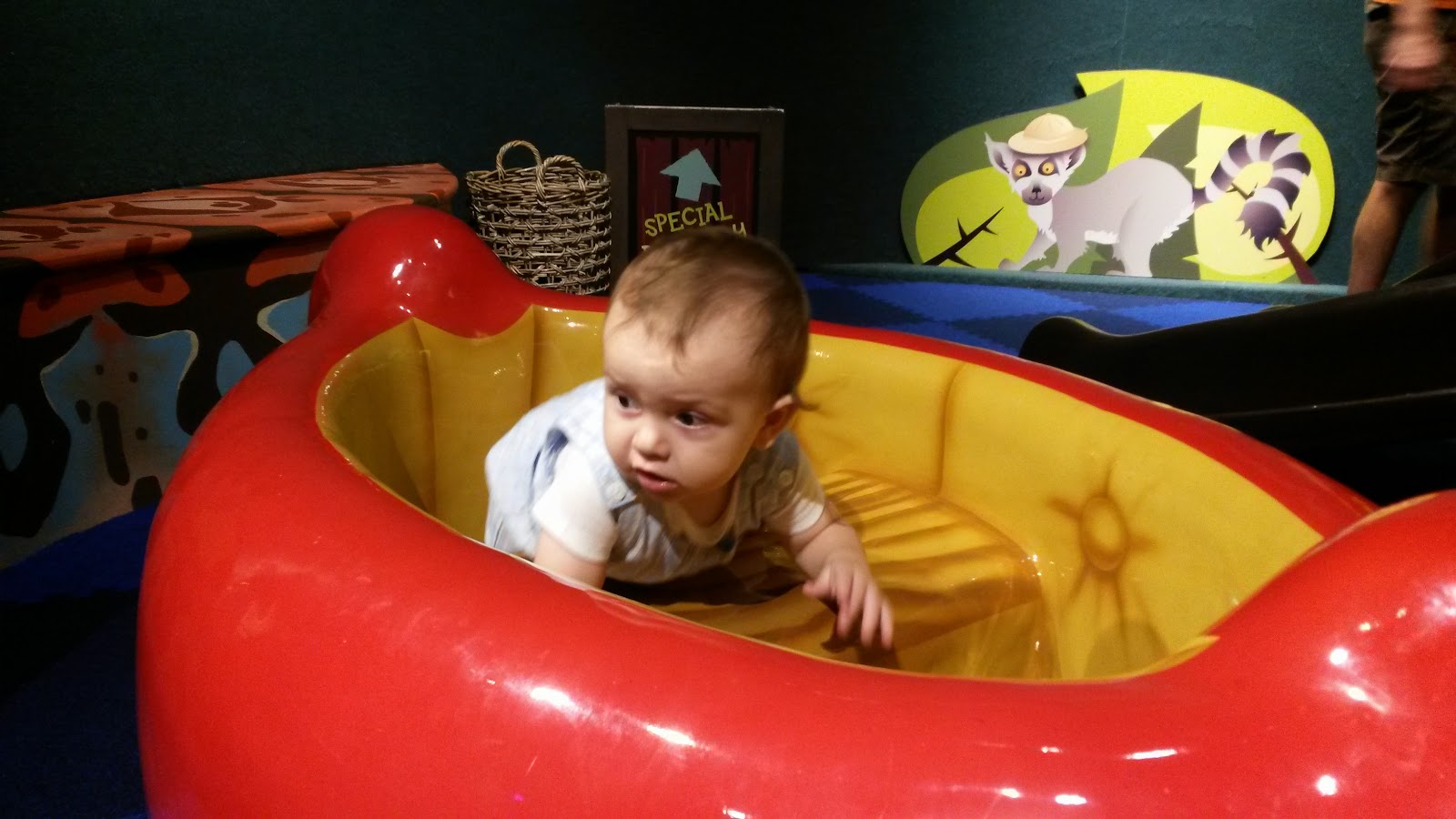 Since it was still monsooning outside we went back upstairs and let Andrew get his face painted. I was shocked that he sit still for it: 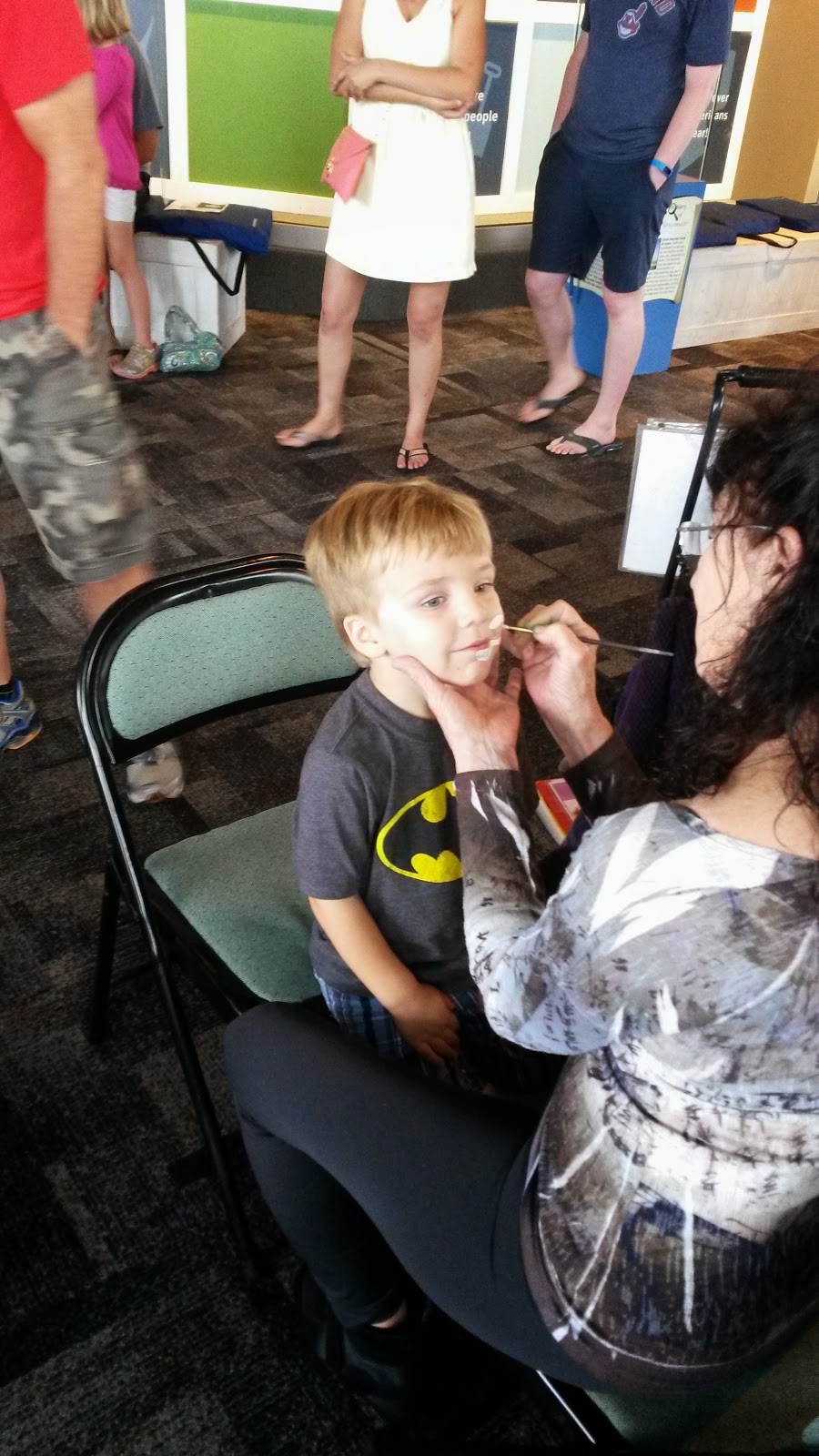 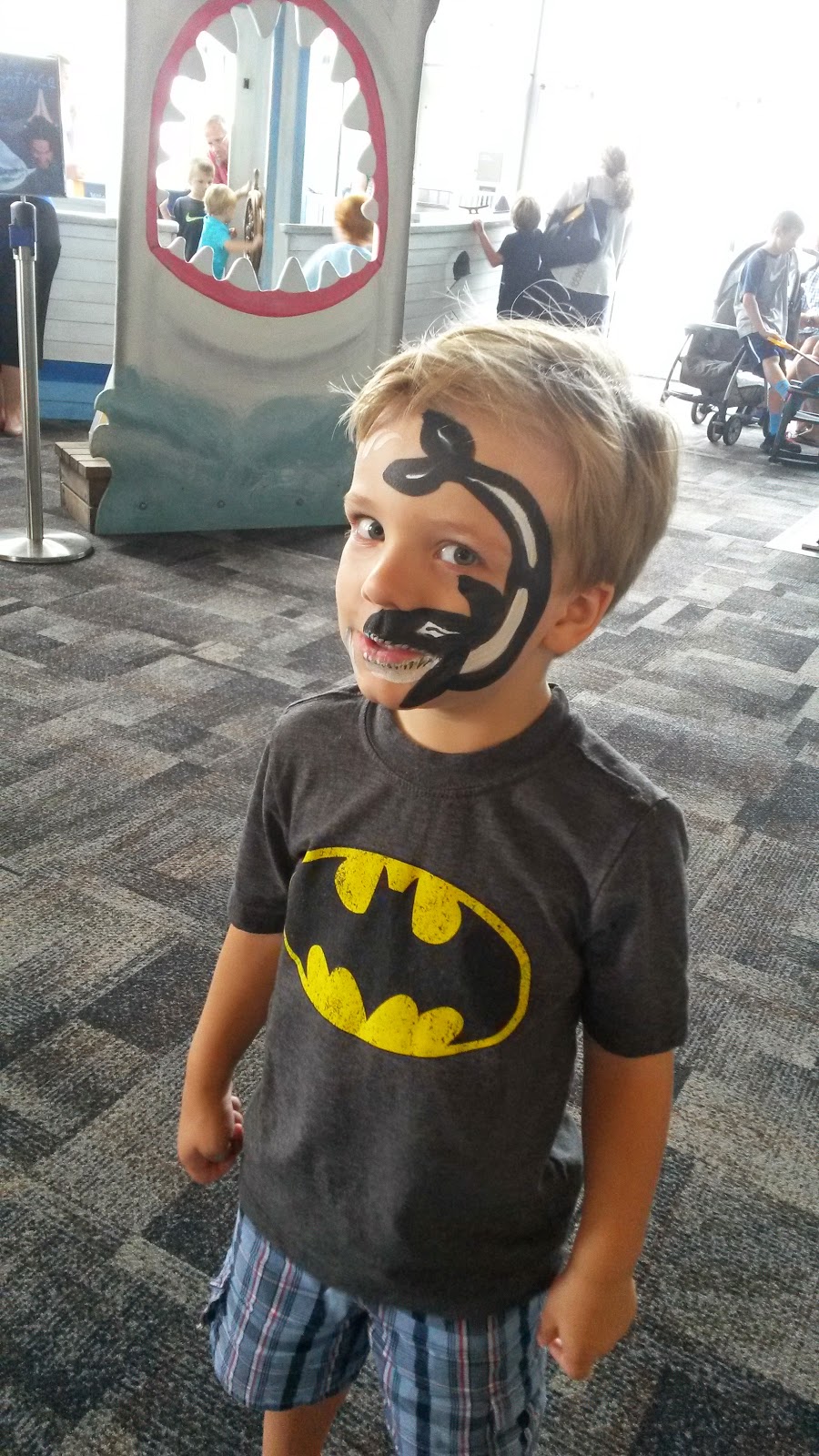 He was so excited about his shamu.  Finally the rain started to slow down so we made a run for it so we could go get some dinner.  We had kind of forgotten about the fact that when it rains really hard a lot of downtown gets flooded: 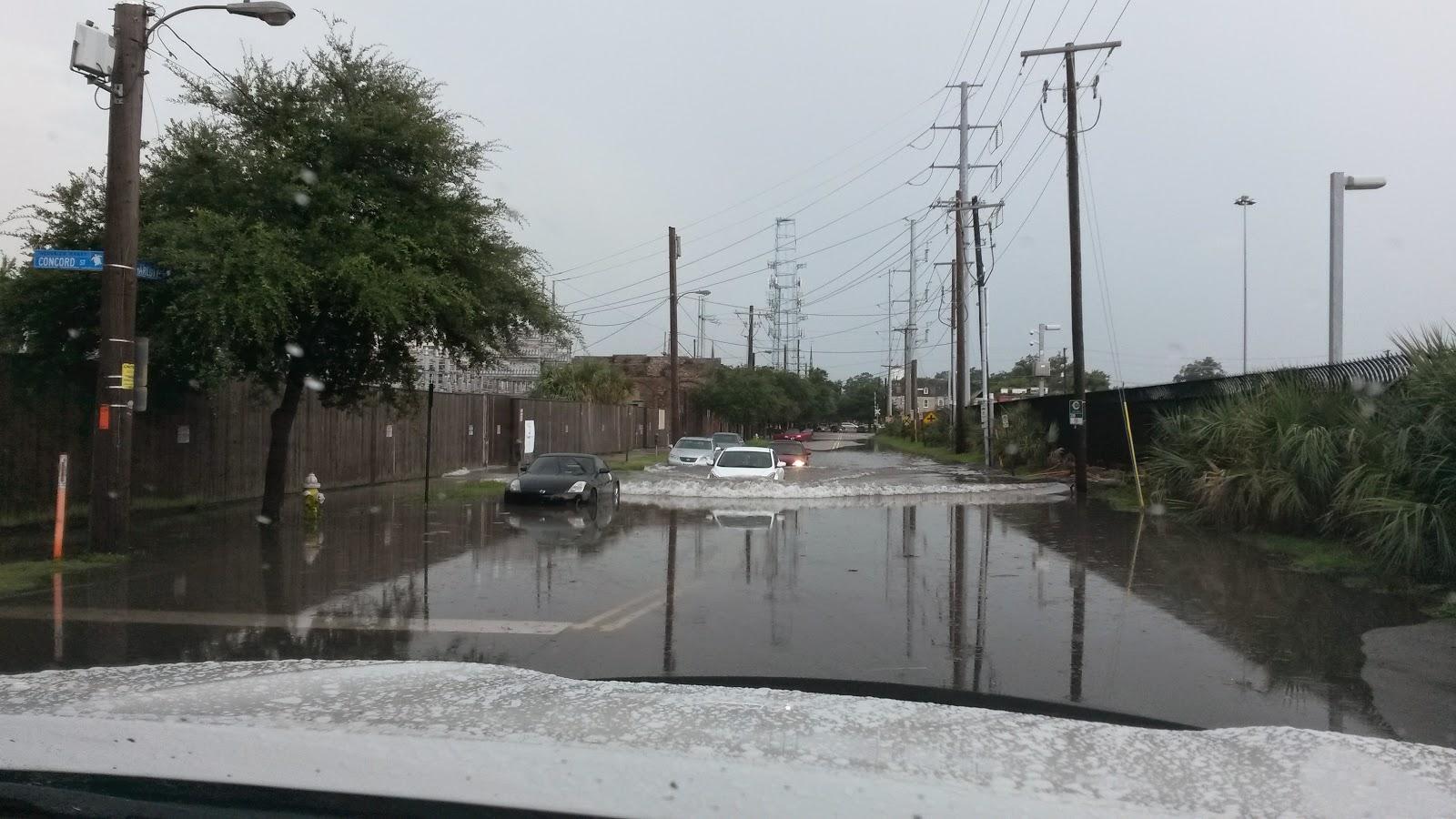 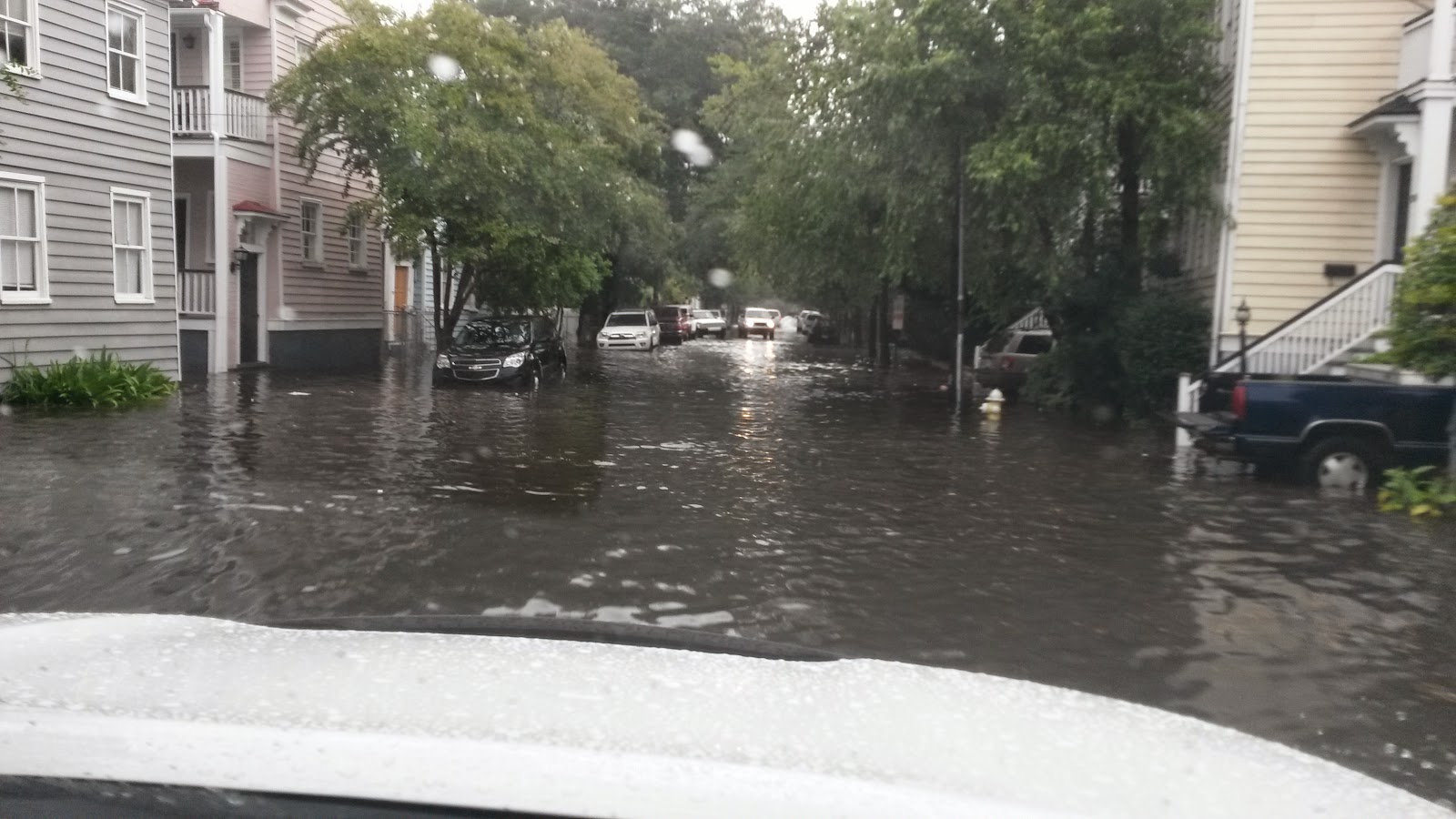 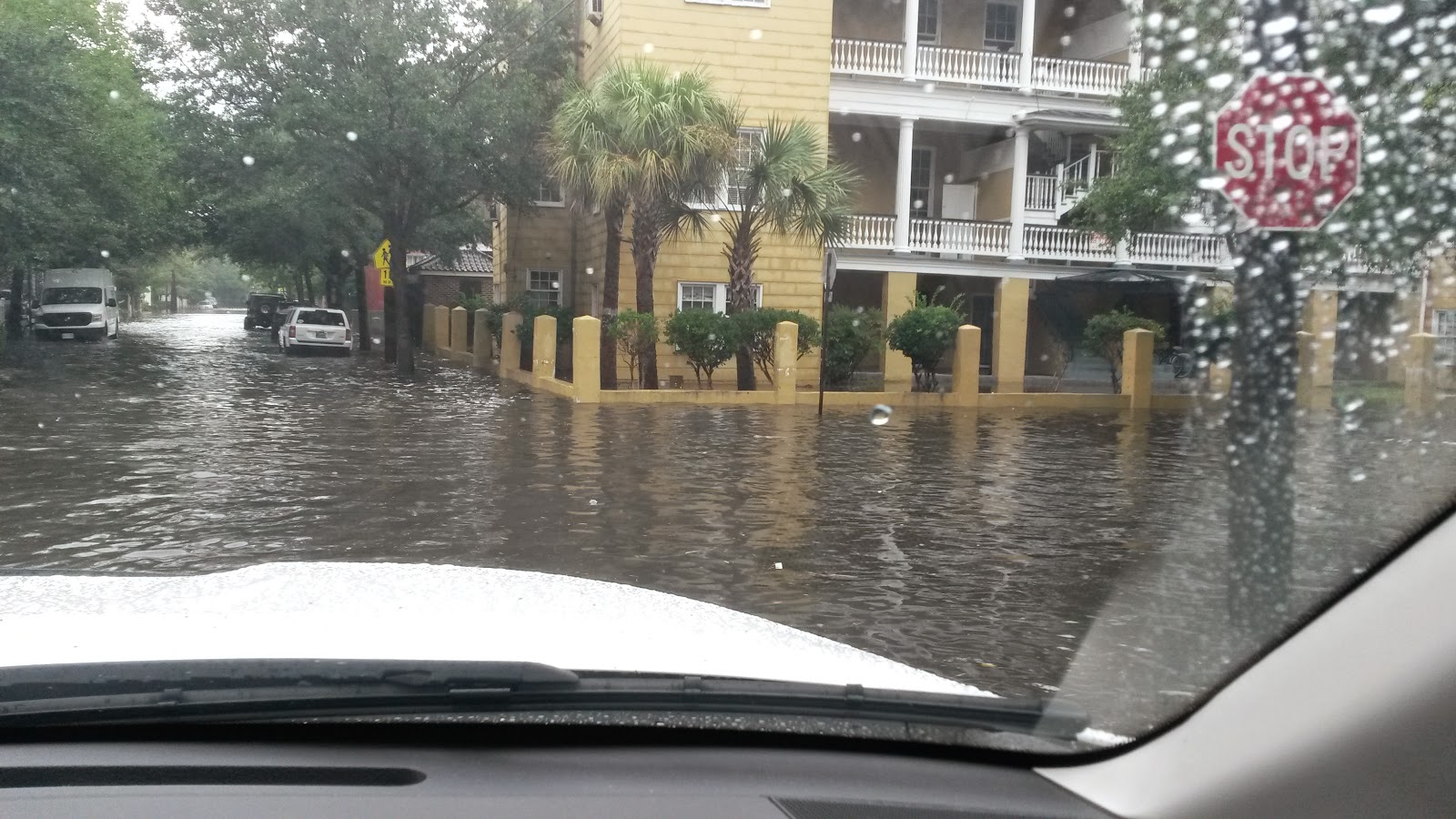 It made for an interesting drive trying to get home. Especially since half the roads were either flooded or blocked off because of flooding.  Thankfully we were in my Sequoia and it's pretty high up. We saw quite a few cars stalling out in the deep water.  Downtown + heavy rain + high tide = a freaking mess!

Anyway, we made it home and both boys seemed to have a good time so I consider it a successful outing. Yay Shark Week!