Last night we decided to give him a sippy cup with some water to see if he could figure out what to do with it. 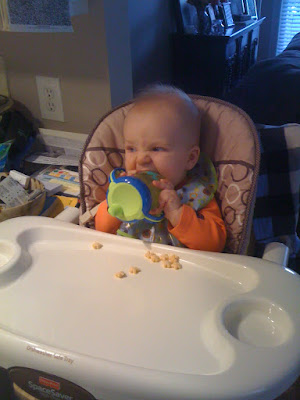 He proceeded to just lick the bottom of the cup.  And then bang it on the tray:

We also tried some apple slices with him to see what he'd do.  He was able to pick up some of them and gnawed on one til he bit off a piece and then he spit it out.  He did get a couple of the puffs in his mouth, though. 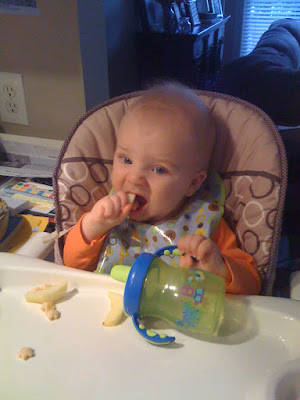 He was wearing his cute Halloween bodysuit (a nice hand-me-down from my sister).  J said it looked like pac-man with the ghosts. 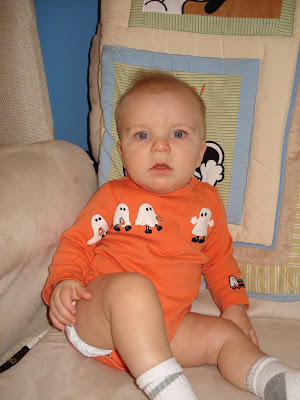 And last night he slept in his little Halloween sleeper. He was really just interested in the pumpkins on his feet so it was tough to get a good picture. 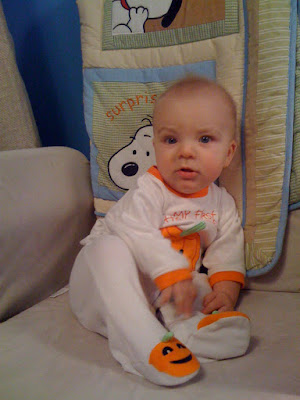