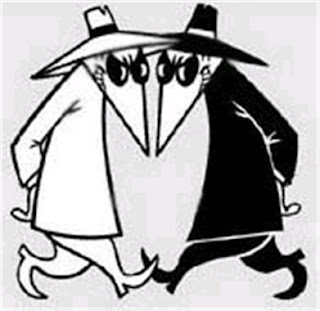 So, with this past weekend being a holiday weekend I thought there was no way that I was going to keep this pregnancy under wraps.  Especially when we decided to go out on a friend's boat on Saturday since I knew there would be plenty of drinking and my abstaining might raise some red flags.  Clearly I gave our male friends too much credit.  None of them even batted an eye that I was drinking diet Dr. Pepper (cleverly disguised with a koozie) while they were pounding Coronas.  After that we headed home to shower and then go out to dinner. I thought that might be more tricky since I would most likely just be drinking water. Nope. Still no clue. Of course the waitress kept asking me if I was sure I didn't want anything.  I was tempted to say "I would LOVE something else, but I can't have it."  Instead I happily drank my water and ate my bbq while everyone else finished their beers.

On Sunday we went to a friend's house for cookout and I was sure it would be obvious that I was drinking my Sprite Zero while they all cracked open their beers. Nope.  Not a single comment.  Even when C went into our cooler to grab a beer and my lemonade was sitting on top.

So either the guys are really clueless, or they have figured out that we are not saying anything so they might as well just not ask.  I'm going with the first one.

I know I won't be as lucky this coming weekend. It's a friend's 31st birthday and it's girls night. I'll be joining them for dinner, but will be bailing on the bar hopping afterward.  There is no way that a bunch of girls aren't going to pick up on the fact that I am not partaking in the cocktails.  Oh well, at least it will be my built in excuse for not going out on the town after dinner.  10 weeks is a little before I wanted it to be public knowledge, but it'll have to do.

Before I forget - here is my weekly checkin:


Weight gain/loss: 2.5 lbs. I'm not sure where it is since all my clothes fit fine.  I chalk part of it up to my inability to go to the bathroom on a daily basis, though.

Symptoms: I get really queasy if I don't eat every couple hours and the past few nights I have been ready to crash at 9:00 PM.  Other than that I feel ok.

Sleep? For the most part I'm sleeping well. Sometimes I have trouble falling asleep, though.  Did plenty of sleeping in this past weekend and it was fabulous!

Best moment this week? Having the first u/s last Tuesday and finally getting confirmation that there is in fact a baby in there.

Movement: No – that won’t happen for a while!

Food cravings/aversions: I am loving fruits and vegetables and have had a weakness for potato chips recently.  My only aversion has been my morning smoothie. The texture grosses me out.

Belly button in or out? In, but still feeling kind of weird and hard on top.

What I miss? Having a beer while watching football games. It's gonna be a long season!

What I am looking forward to? Finally getting to tell everyone. I will be so happy when it's out in the open and I don't feel like I have to hide anymore.

What I'm nervous about: That something will happen to the baby before the next appointment and that I won't know about it.
Posted by kjw at 9:36 AM