Seriously - who is going to eat all of these tomatoes??? 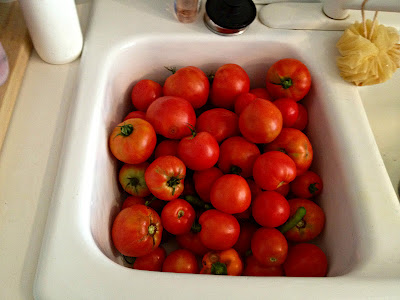 And that isn't even all of the ones that I picked on Saturday. I missed some and had to go back down to the garden to get them.  That also doesn't include the bazillion cherry and grape tomatoes that were on those plants.

I seriously think J was smoking crack when he decided to plant the garden this year.  Why else would he plant 8 tomato plants???

Anyway, I'm trying to come up with things to do with our bounty.  I've already given a bunch away to my coworker and J took some down to our neighbors last night.

I've used the tomato press that we got as a wedding gift and we have probably 4 quarts of tomato pulp for use in future sauces: 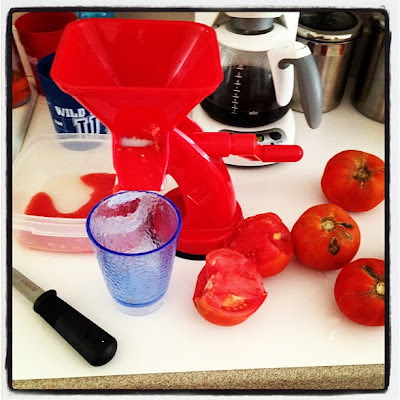 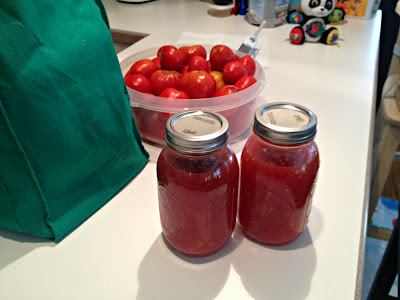 (We have two dozen of these quart jars)

And I already made a big batch of sauce that we used for spaghetti and stuffed manicotti.  So I decided to get creative and find another way to use some of them. Popped them in the oven at 175 degrees for the entire day (and 120 degrees overnight): 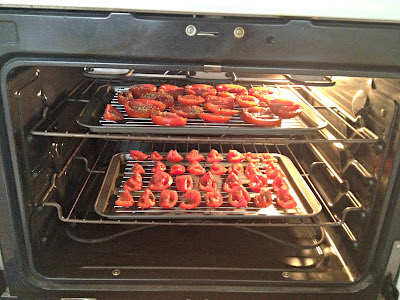 We have some sun (oven) dried tomatoes. 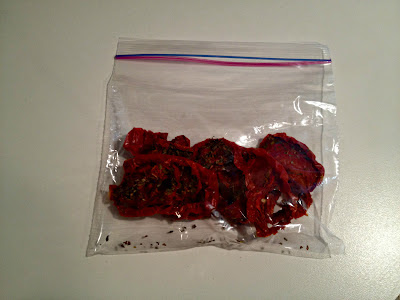 Now I need to find some fancy recipes to use my tomatoes and hope that they taste ok.  And come up with some other uses for the dozens of tomatoes we still have left so J doesn't try to make a tomato pie (barf).

If only the munchkin would eat tomatoes. Or anything for that matter.