Here are some more pictures from our little mountain vacation last week. Some pictures we took when we stopped at Sphinx Rock and Split Rock on our way up the mountain. They give you a little audio tour CD to listen to that tells you what everything is which was kind of nice. 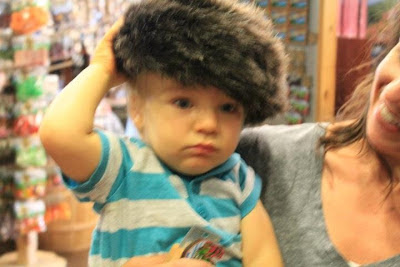 We were trying to get him to wear a coonskin cap at the gift shop, but he wasn't having it The lady at the base of the mountain had warned us about the 40+ MPH winds at the top and told us to hold onto our kid. She wasn't joking - it was ridiculously windy.  We decided to put the munchkin in the hip hammock sling thing for safe keeping. 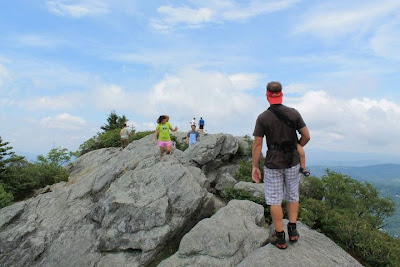 Yep, I did all this climbing over rocks with my boot on my foot (and got a LOT of comments from randoms) 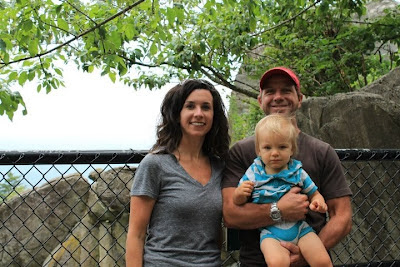 A little family pic outside the bear enclosure. The molting bear, watching the otters, and feeding time for the deer.  There were also some cougars, but they wouldn't come out of hiding. 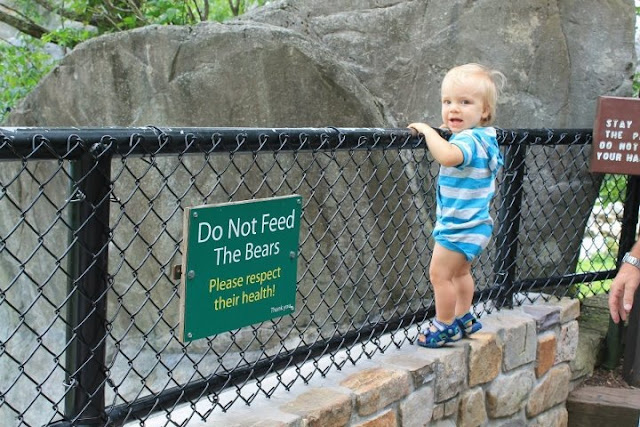 Up next Tweetsie Railroad! 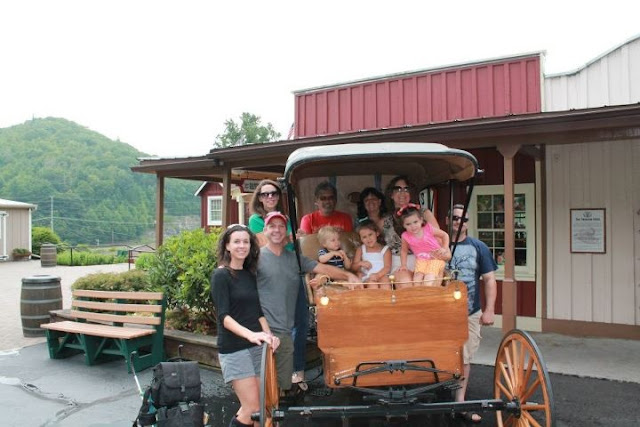 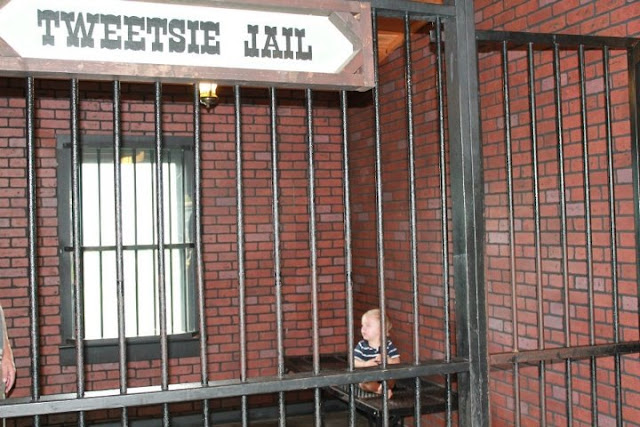 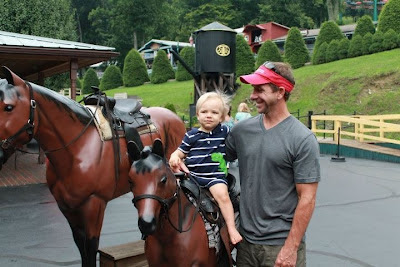 Andrew wasn't so sure about these fake horses 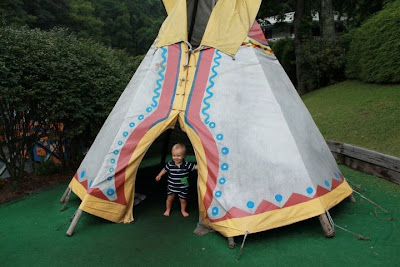 But he enjoyed standing in the tee pee 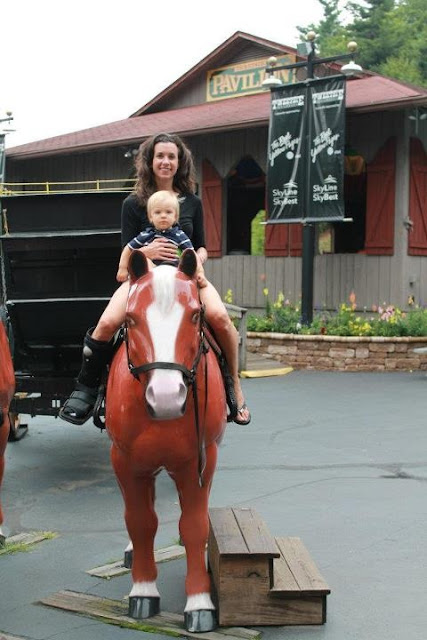 Hoisting myself up there with this damn boot was not easy 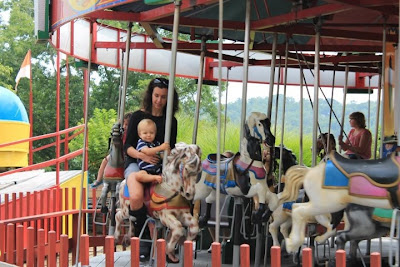 His first amusement park ride. We actually went on twice in a row since it wasn't crowded and he enjoyed it. 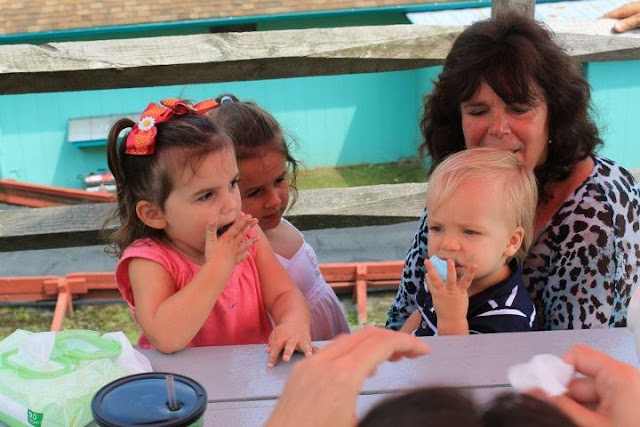 Yep, I let my 16 month old have cotton candy.  Might explain why he didn't nap all day  ;) The animals in the deer park (emu, llama, miniature horse and a burro) 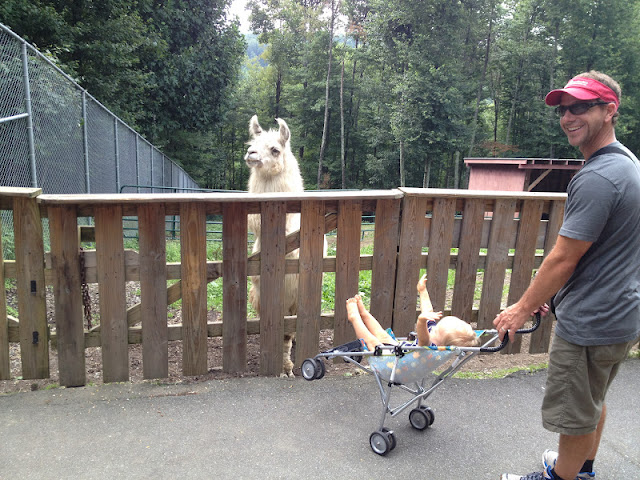 Andrew was very excited by the llama.  He kept raising his arms and yelling - it was hilarious 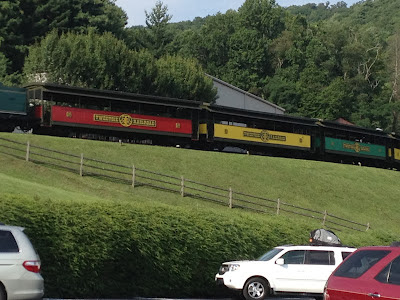 So long Tweetsie!  Catch you next time!

We were there from 11:30 until about 5:30 and all the kids did amazingly well.  Afterward we even stopped at the Daniel Boone Inn for dinner and they all made it through with no meltdowns - I was shocked.

We packed up and headed home the next day and were greeted by almost 100 degree temps when we got here. Awesome.  Anyway, besides the stellar cold that my mom decided to share with me it was a nice little vacation and it was good to get away and relax a little.  Now it's back to reality and counting down to the next adventure.