This weekend is the Southeastern Wildlife Expo (SEWE) in Charleston. I had actually never been to any of it in the past even though I wanted to go down and see the dock dogs and Jack Hanna.  This year we decided to make the effort and take the munchkin down to see some of the sights.

We started by watching the Birds of Prey demonstration.  They were releasing falcons and hawks from the roof of the hotel next door and we could watch them swoop down and attack a fake bunny.  Afterward they held them in the ring so we could walk around and see them up close: 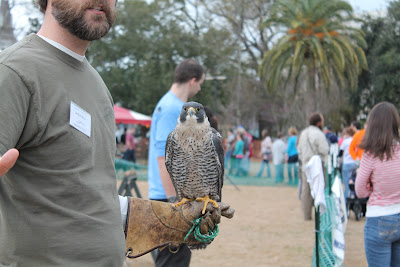 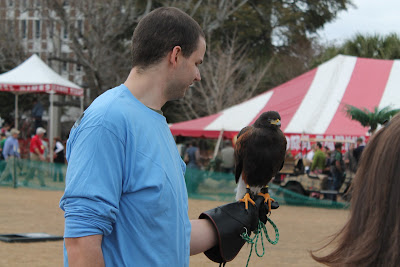 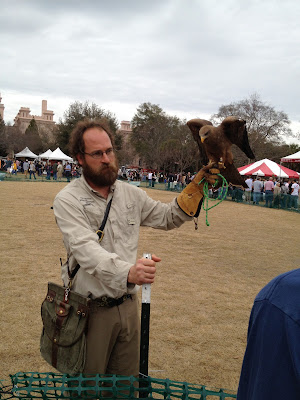 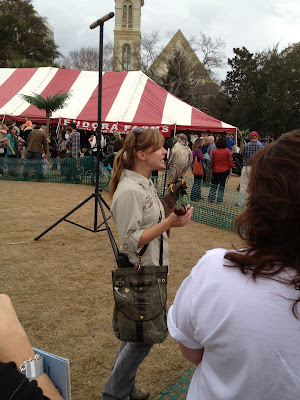 We had to go into a tent to see the horned owl, but he was pretty cool: 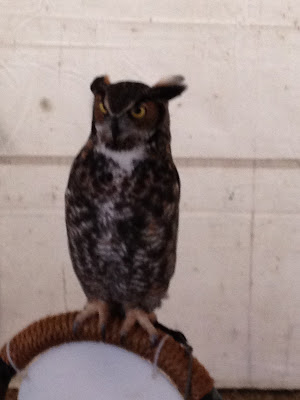 Then we walked over to watch the pony rides and the camel rides: 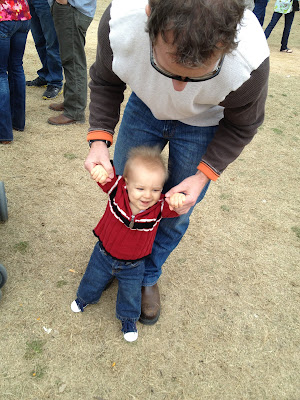 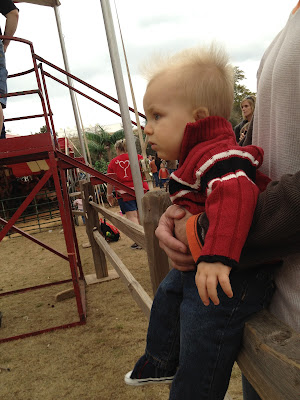 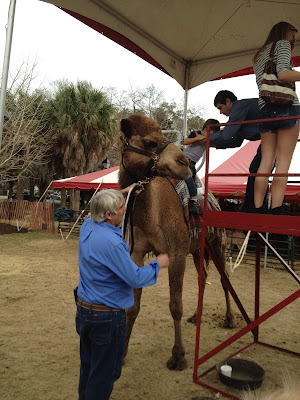 The camel was not very amused


We thought about having Andrew do a pony ride, but after watching some of the screaming babies we decided that maybe we'll wait til next year.

Then I took Andrew over to the petting zoo area: 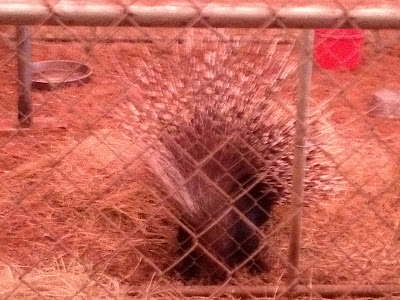 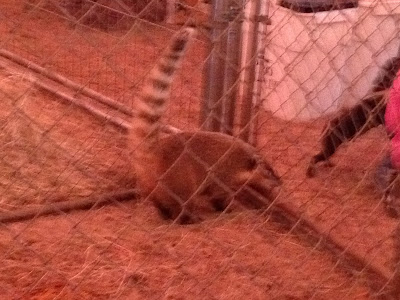 Not sure what this was, but he was funny 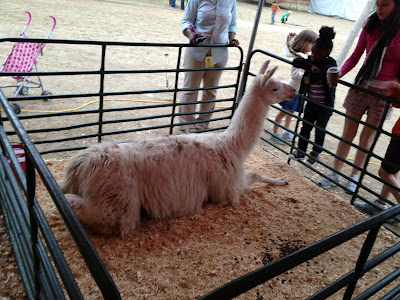 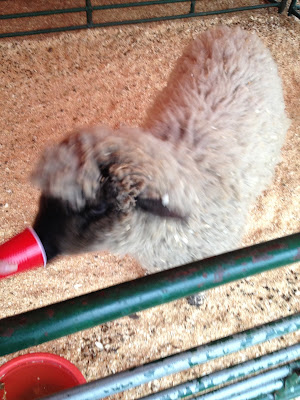 
At the end we hung out and watched our friend's 2.5 year old play in the jump castle while Andrew and baby Evan played.  He did spectacular all day and it was a nice little family outing.  And I have President's Day off tomorrow so I get another day with my munchkin. What a great weekend  :)
Posted by kjw at 11:07 AM