This year's Super Bowl weekend wasn't nearly as exciting as last year.  Especially since I don't give a rat's ass about either team. I loathe the Patriots with Princess Tommy at QB and and their coach who always looks like he just smelled something really bad. And that little punk Eli Manning gets on my nerves (his whole little temper tantrum when San Diego drafted him made me not like him).

Anyway, the only reason I cared at all about the game was because there was the prospect of winning some money - and who doesn't like to win money???

Earlier in the day we took a little stroll down to the park to give Andrew another go round on the swings.  This kid loves to swing: 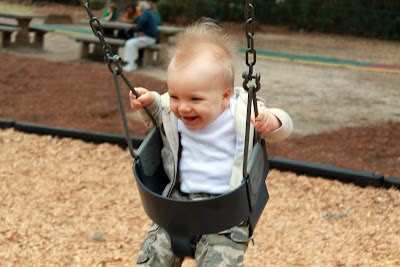 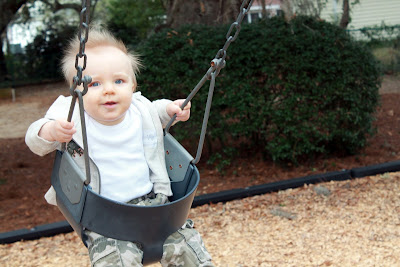 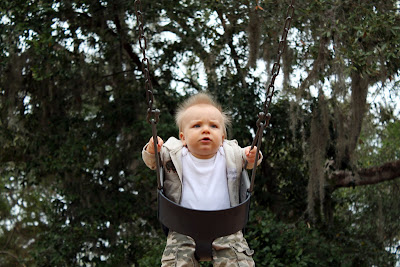 Then we headed over to our friend Jay's house for the super bowl/going away party.  Two of our friends, Dusty and Jacquelyn, are moving to Fort Collins, CO next Friday, so this was a dual purpose party.

I was beyond impressed with Dusty's football themed appetizer: 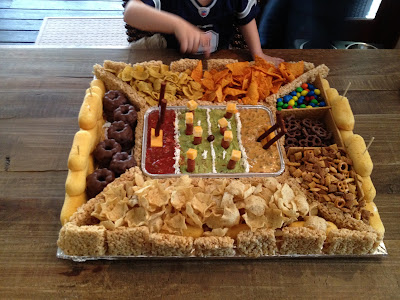 I hadn't had a Twinkie in who knows how long.

Andrew and Evan played in the living room for a bit: 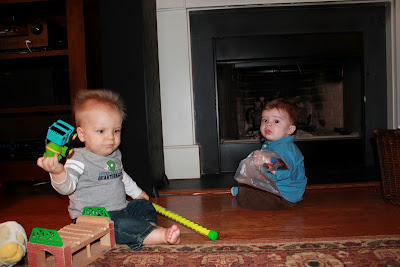 And Collin came to hang out with them. 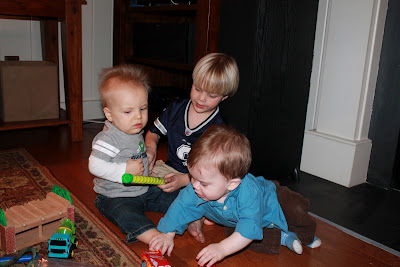 Andrew got upset when we wouldn't let him go play with the pebbles in the fireplace: 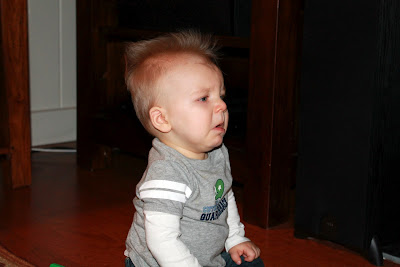 Anyway, we made it through Madonna's lip synched halftime extravaganza and then headed home to get the munchkin in the tub and in to bed only an hour past his normal bedtime.  We ended up not winning any money in either of the squares pools we were in, but it turns out my dad raked in $850 with the Pats losing (not sure what he bet, but damn!).  All in all it was a nice weekend - and maybe next year my Steelers will make another appearance in the big game and make it a more exciting game.
Posted by kjw at 10:33 AM