This past Friday (May 2nd) marked five years of wedded bliss for us.  It's crazy how fast time has gone. I guess that's what happens when you're busy chasing kids around - time flies.

We both took Friday off of work to celebrate. The boys went to daycare and Andrea was also going to keep them in the evening so we could go out to dinner to have one of those elusive date nights.  During the day we went and dropped off Andrew's application for his (hopeful) new school in the fall and then headed for the outlets to do a little shopping.  We got some outfits for the boys for their pictures this coming Saturday and bought ourselves some new duds as well.

We headed home so I could pump and we could get ready for whatever we were doing that evening. He wouldn't tell me what we were doing, though, which made it a little difficult to get ready.  We left home around 4:45 and I thought maybe we were doing a harbor cruise since he said it depended on the weather. I realized I was wrong as soon as we headed the opposite direction.  Then I thought maybe we were headed out on our friend's boat, but we drove past where we would go for that, too. After ten minutes or so we made a turn into the Mt Pleasant Regional Airport. I was thinking helicopter tour until I saw J's friend, Robert, messing around with this little plane: 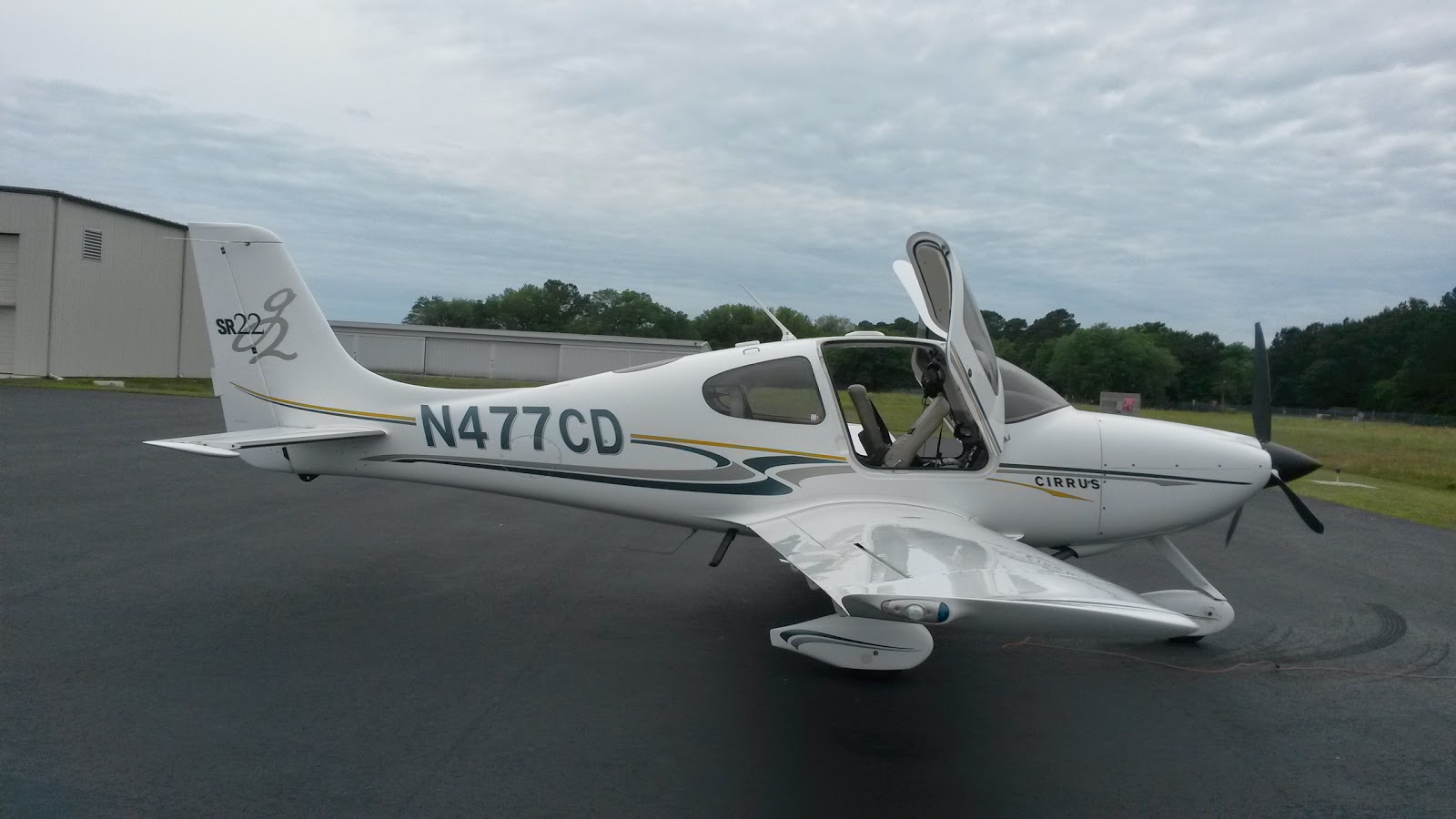 It's his plane and he has been flying for 20+ years.  So this was my anniversary surprise - we were going to take a little air tour around Charleston.  I was a little bit nervous about the tiny plane, but I trusted Robert so off we went. 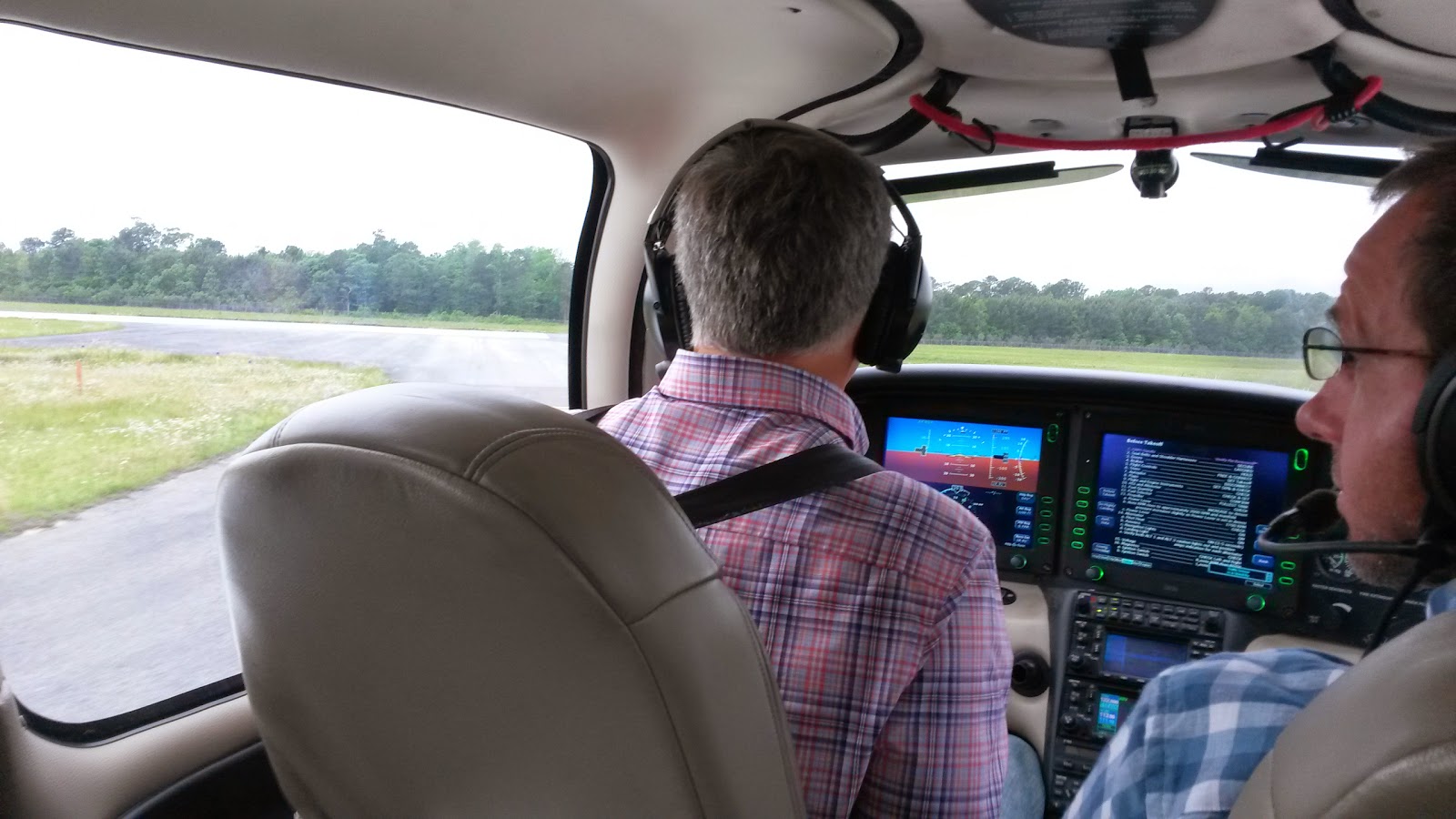 We flew over Sullivan's Island and down the coast past Kiawah (where the rich people live and stay): 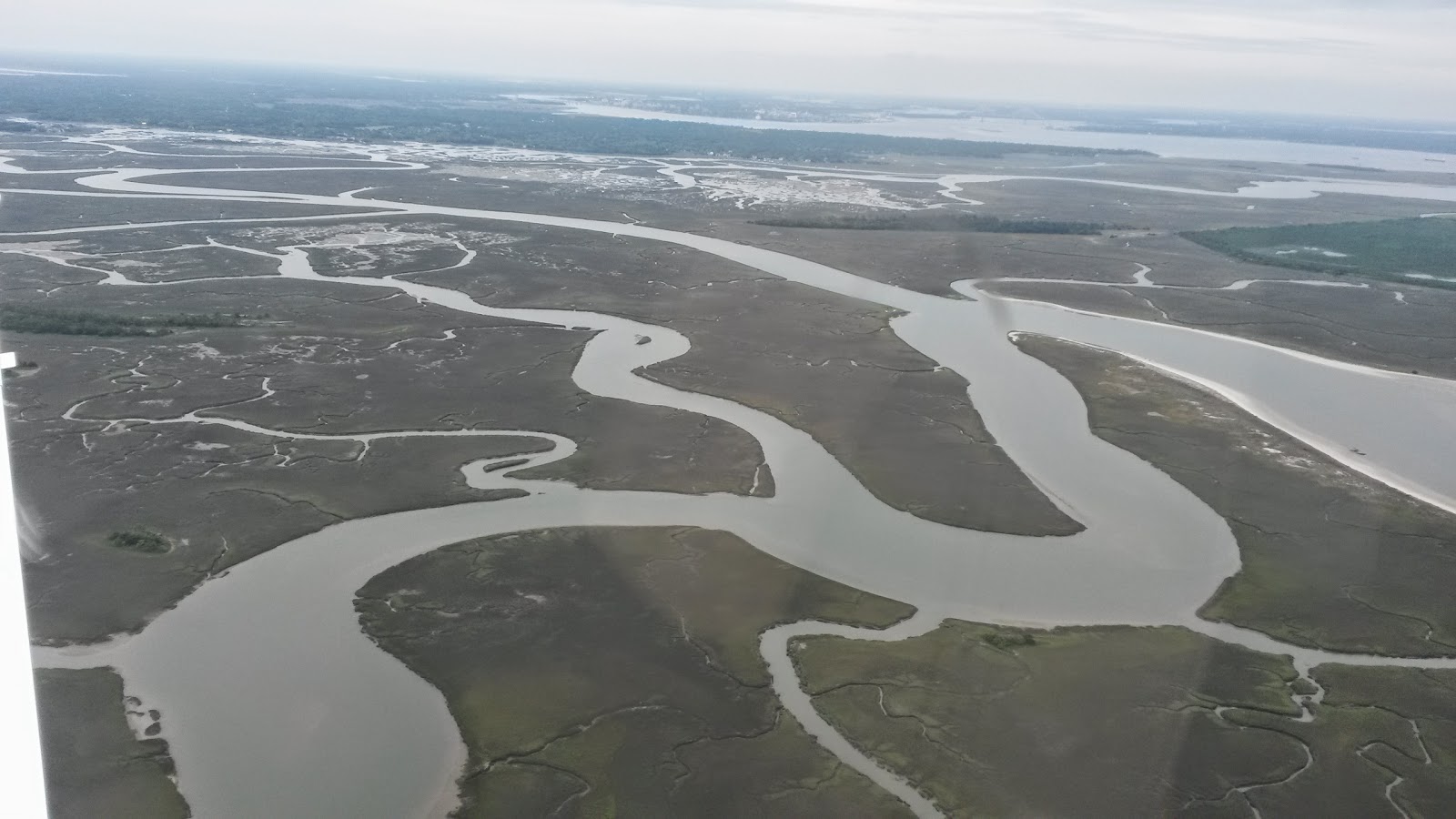 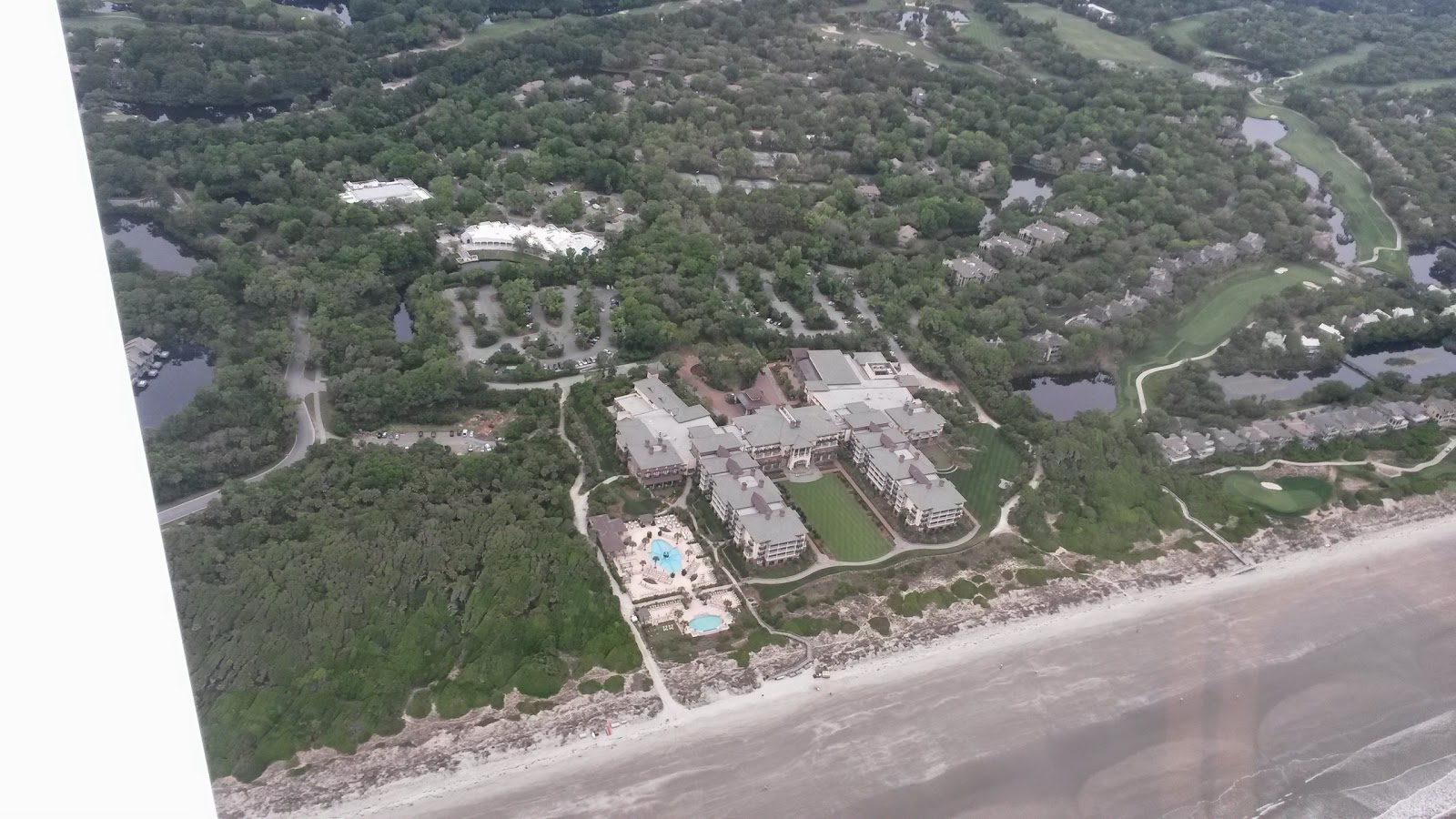 The Sanctuary at Kiawah

We landed at the airport down on Johns Island to refuel (gas is cheaper there) and for a little photo op: 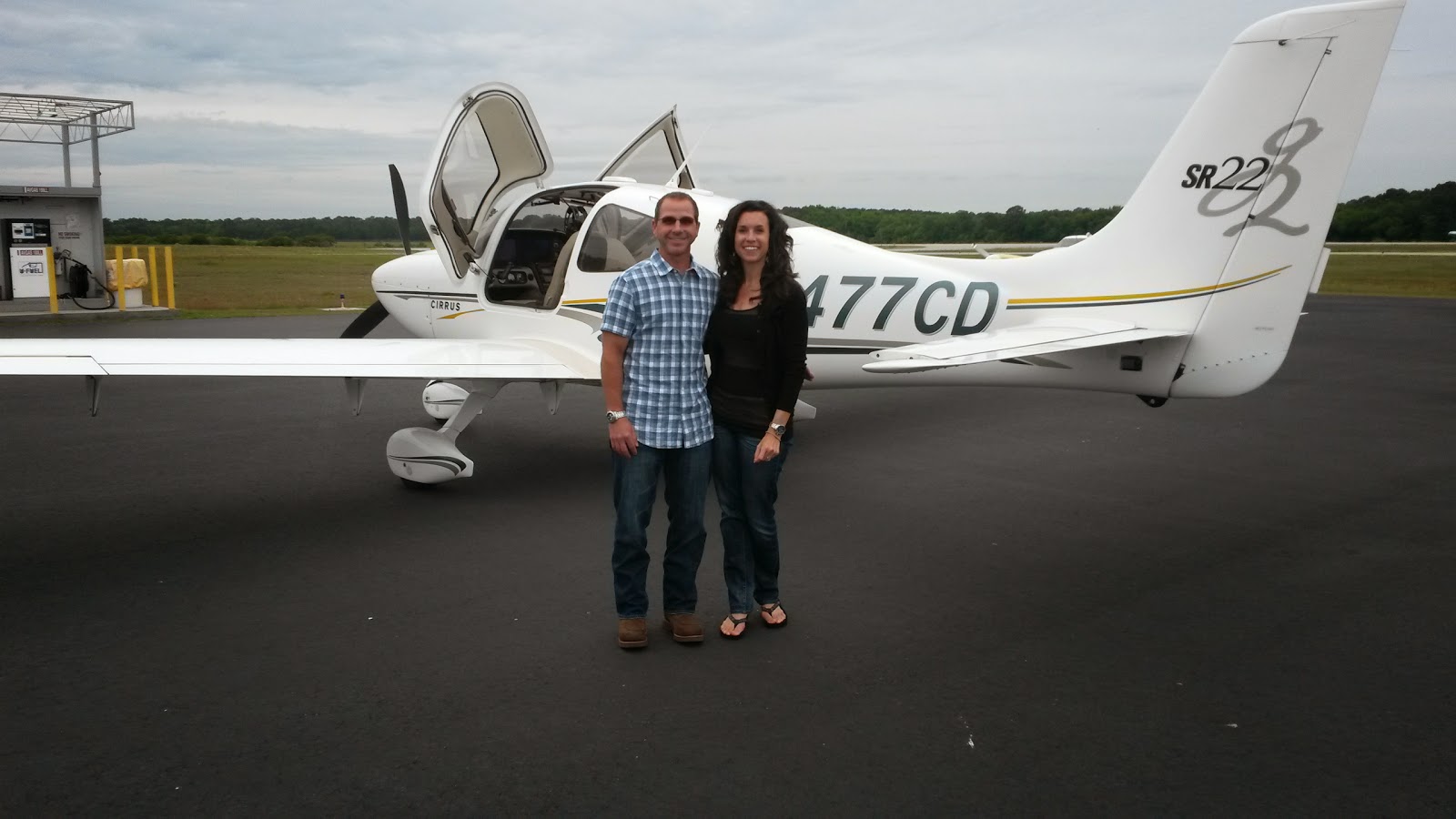 Once we were back up in the air J actually took a turn at the controls: 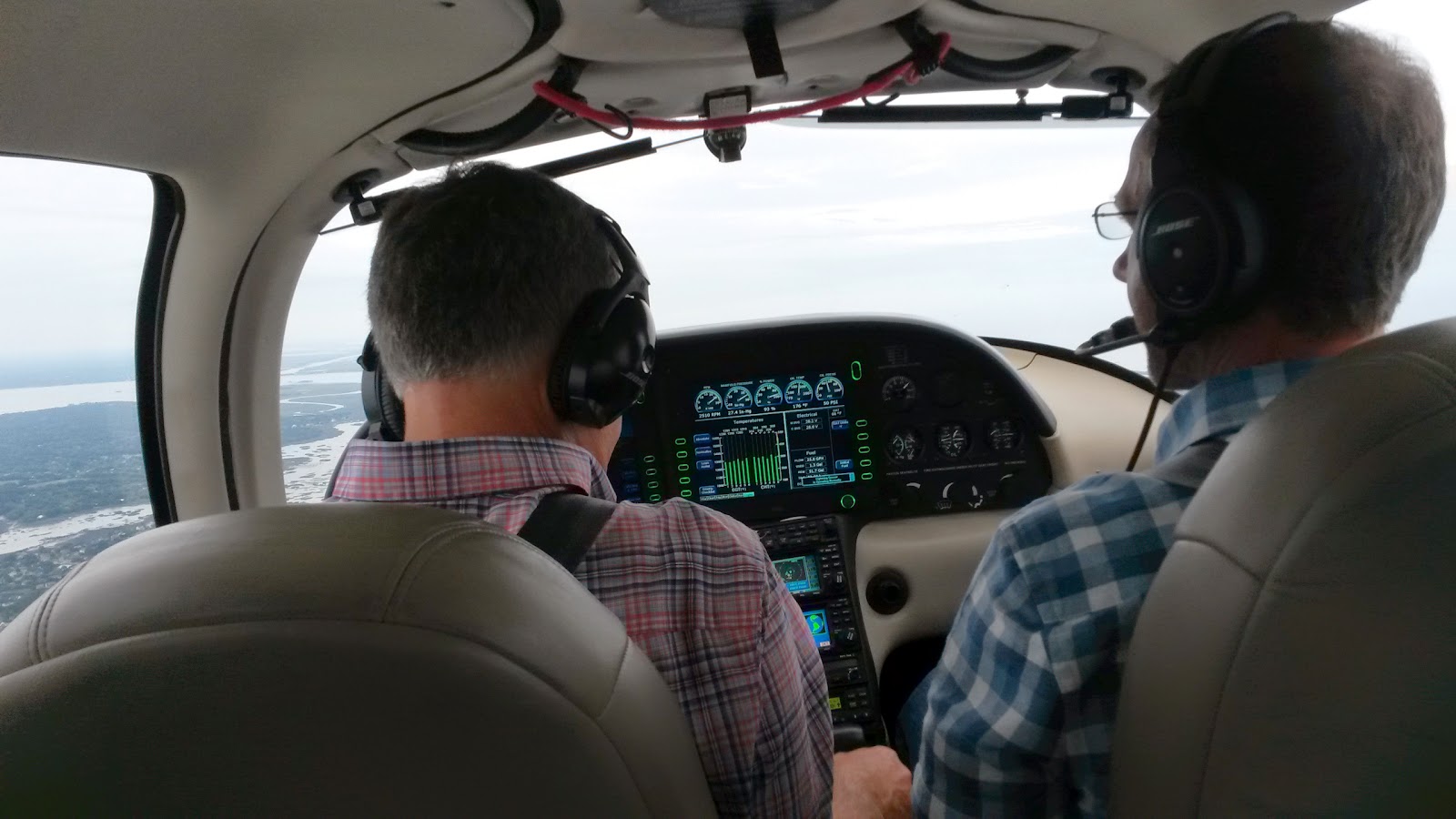 We flew back up the coast and up over Bulls Bay and over the Francis Marion forest.  We looped back around and headed back to the airport. I got nervous when it was time to land: 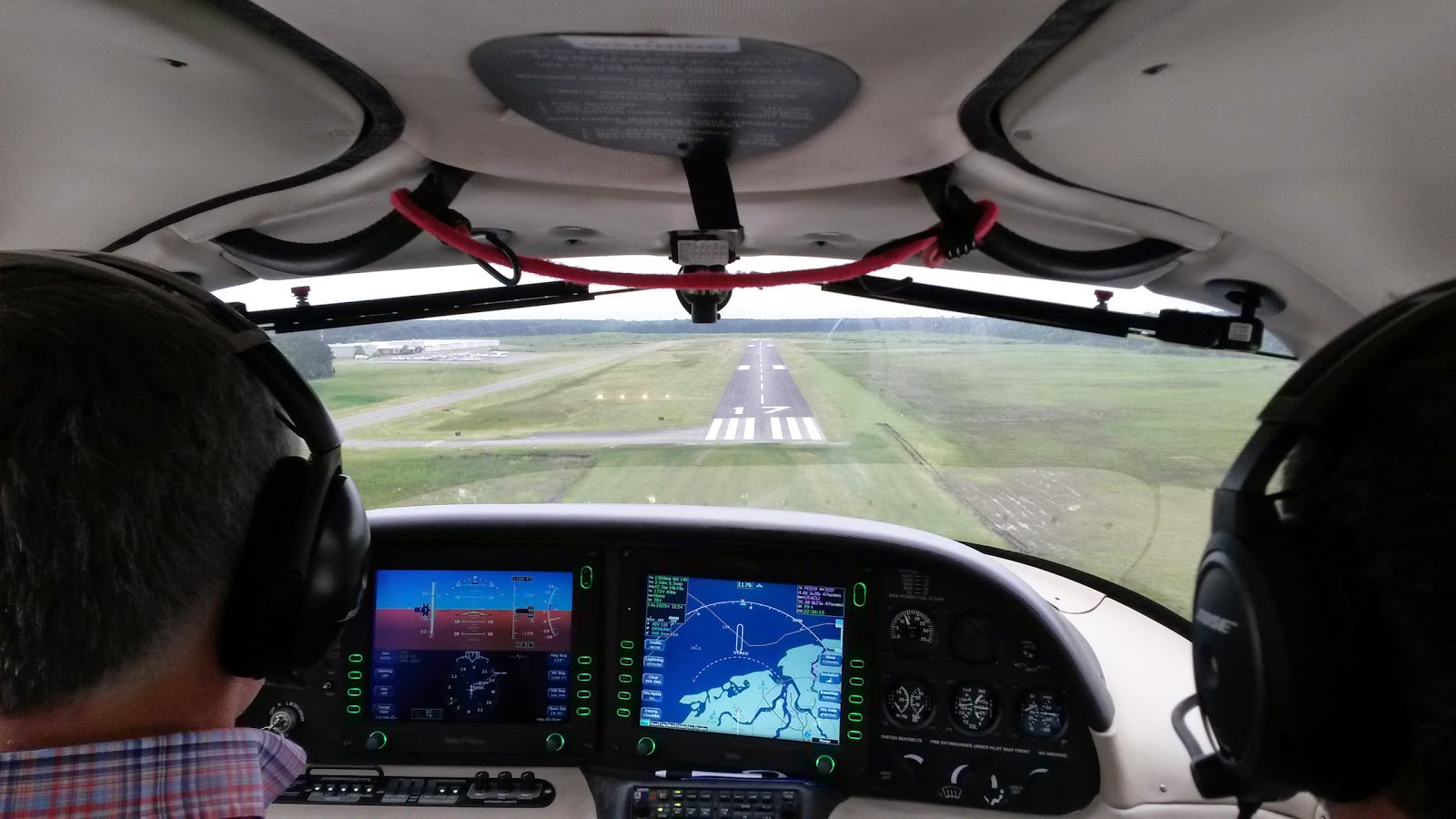 But we made it safely back down on to the ground.  Robert said next time we'll actually go somewhere - maybe down to Orlando or something for dinner.  After we got back we headed out to dinner at The Boathouse (where we had our first date almost 9 years ago) and hung out on the top deck at the bar while we waited on our table. It was a nice relaxing dinner and the perfect end to a pretty awesome anniversary.  Five years, two kids and a thousand great memories. I can't wait to see what the next five years hold for us.