A month ago he still had a completely gummy smile.  Then over the course of less than a week he cut four teeth.  He wasn't the happiest baby on the block, but we made it through.  There was a fifth tooth that I thought was going to pop through right after the other four, but it waited a couple weeks.  This past weekend I got a look in Elliot's mouth and saw that it had finally cut through.

Yesterday I got a text from Andrea that she thought Elliot was teething again because he was pooping a lot and his little bum was red.  I told her I noticed it the night before and had been slathering him with Desitin.  When I got there to pick them up yesterday he was gnawing on the top of a closed bottle of water.  He was perfectly happy and I didn't mind that he was using an unconventional teether since I let him do the same thing.  She said she hadn't been able to see in his mouth and didn't want to stick a finger in there for fear of being bit.

His poor little bottom was still red when I changed his diaper at home so after his bath I let him have about 30 minutes of naked baby time in his room.  He likes being naked and it let his bum air out so it was a win-win. 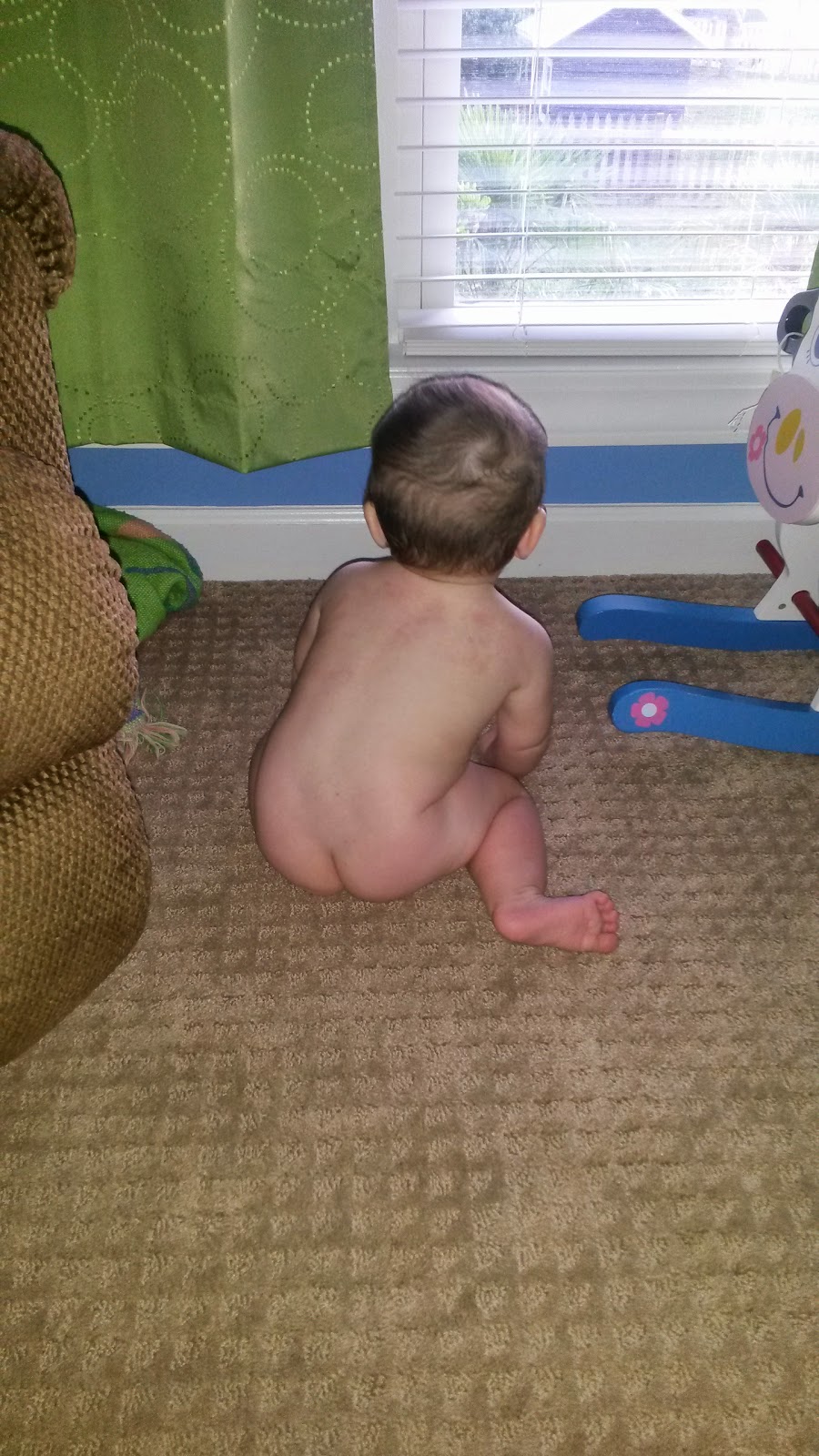 While he was rolling around and laughing I was able to grab him and get a look in his mouth. There it was, tooth number six has officially cut through.  So now he has the top and bottom middle ones as well as the next one on the left of both top and bottom. 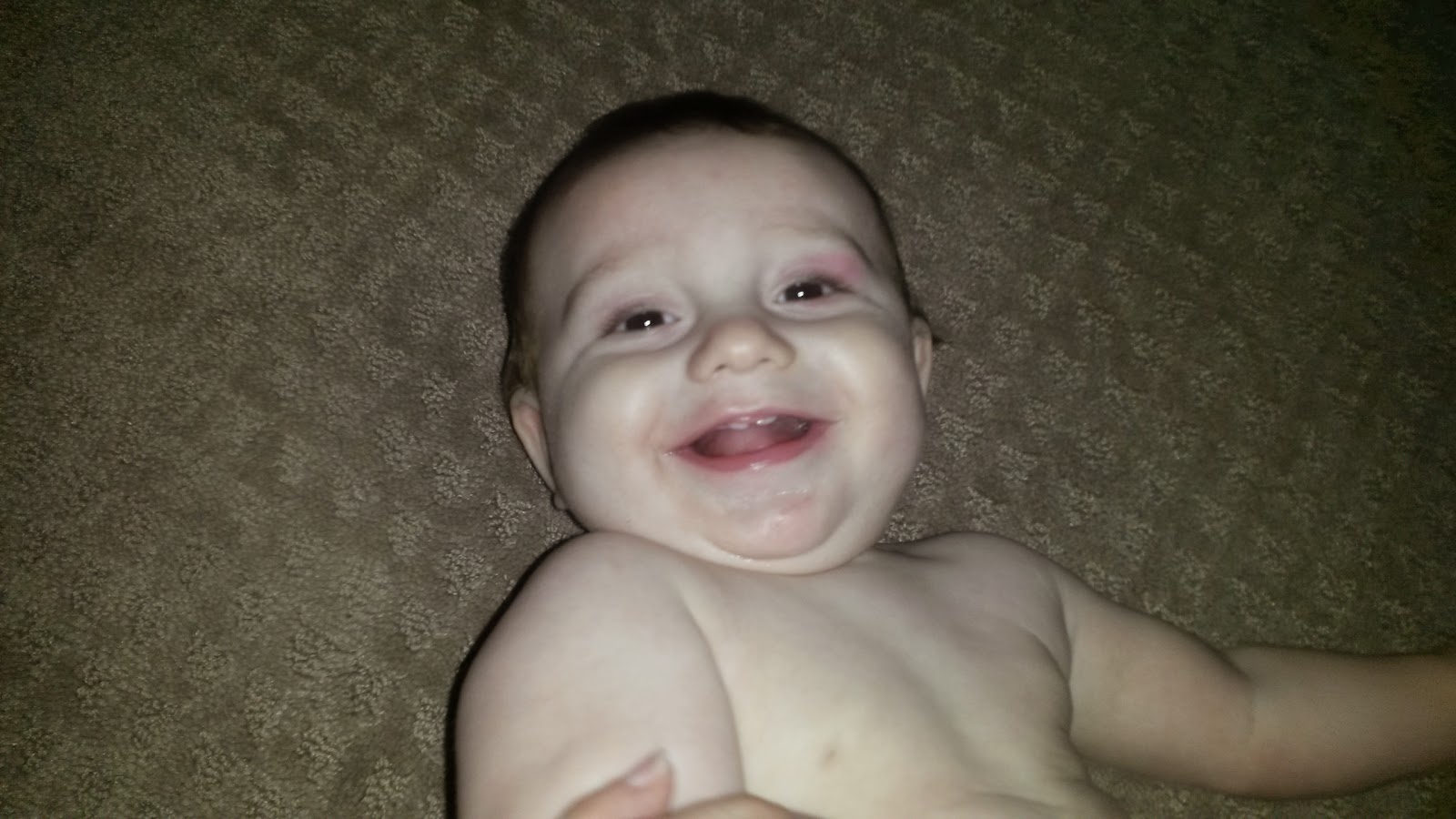 You can't see the most recent two in this picture,  but you can see his top teeth.

I miss his gummy little smile, but his toothy grin is still pretty damn cute.  Now if only I can get him to not bite me with those little chompers.