Adjusting to daycare that is.

Last week he had a few rough days.  Andrea asked if he has reflux since on Wednesday he was pretty fussy in the afternoon.  I told her he's never been diagnosed and based on the fact that he doesn't fuss when eating and doesn't spit up an abnormal amount that I don't think he has it.

What he does have is lots of gas.  I swear, with some of the belches he lets out you would think that he just shotgunned a beer.  When he is doing his high pitched scream it is generally due to him having some gas pain. This doesn't happen on a regular basis, but when it does happen we know what it is.

To combat his gas induced fussiness I make sure to get a nice good burp out of him after he eats in the morning.  This morning he let one rip that would put grown men to shame.  And he did it with a smile.

I was so happy to hear that. I've been afraid that he will be the fussy, cranky, ornery baby that they dread having show up every day. 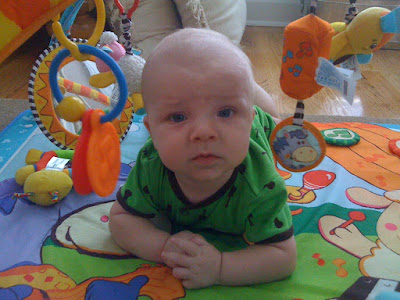 A little playtime after we got home. I think he is over me taking pictures of him  :) 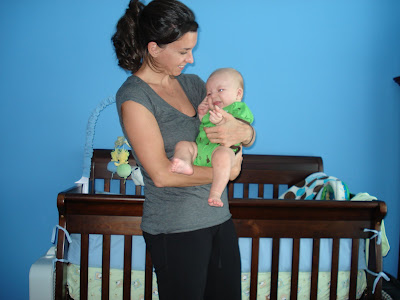 I love cuddling with this kid! 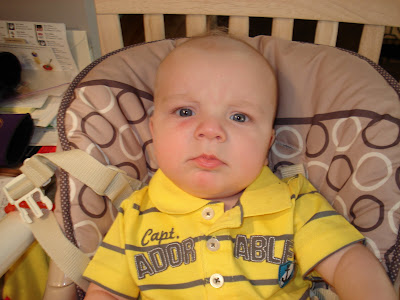 This morning, all ready for another day.  And the shirt says it all  (Capt. Adorable)
Here's hoping that today is another good day for him at daycare.
Posted by kjw at 9:21 AM