I love three day weekends.  Except for the fact that I had to actually do work this weekend, so it wasn't all fun and games. (I won't complain about the work, though - 11 hours at time and a half will be a nice little addition to my next paycheck - and I got to do it from home).

Anyway, we did some fun stuff and had some good family time during our three days.

Saturday morning Andrew hung out with me while I worked. I put him in his PSU romper in preparation for our opening game: 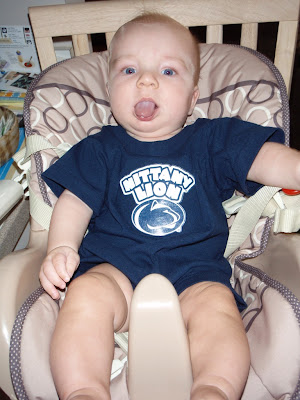 Clearly I should have waited until closer to kickoff because he spit up all over it before the game even started.  So then I dressed him in his NC State onesie so he could support J's team.

He decided that playing with a cup is way more fun than an actual toy: 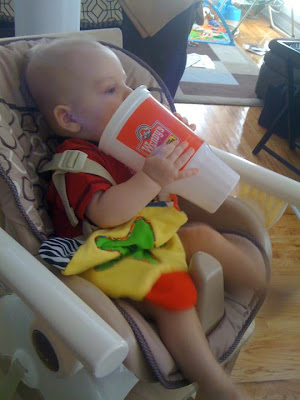 That night we went to dinner with some friends and took a nice family picture: 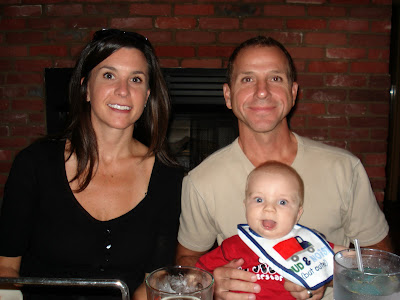 Apparently Andrew didn't want to get his picture taken.


While we were there he had a bit of a poo explosion.  And it figures that this would happen to be the time that I forgot to pack a change of clothes for him.  And we still needed to go to Wal-Mart to get dog food. 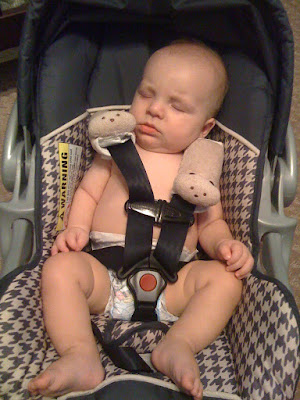 Naked baby in a car seat - yeah, we were kind of white trash that night.

Sunday we attempted to hit the beach for a little bit, but it started sprinkling as we were walking out there.  We lasted all of 20 minutes before we decided to throw in the towel and head home to dry off: 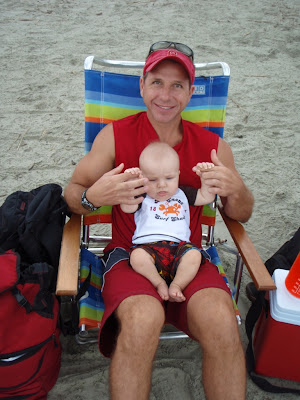 Yesterday the little man decided to not sleep in so I got to spend some time with him in the morning - until he passed out on my lap after breakfast: 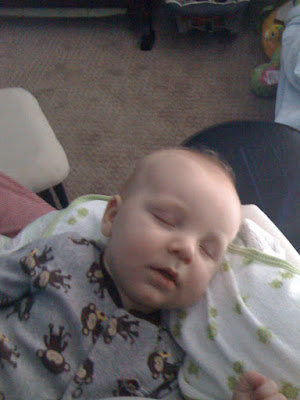 Later he hung out in the bathroom with me while I got ready so we could go shopping: 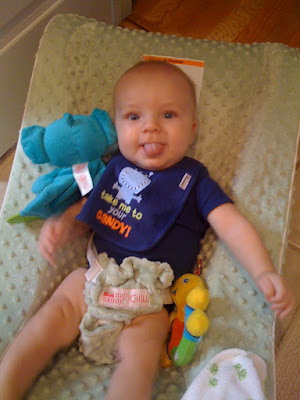 We bought him a new convertible car seat since he is rapidly approaching the height threshold on his infant seat. (Plus Target had it on sale for $60 off).  After a stop at Sam's (where we yet again spent waaaaaaaay too much money) we headed home and relaxed for the rest of the afternoon.

I love good weekends with my little family  :)
Posted by kjw at 9:53 AM