We were a little late getting our garden planted this year, but it's finally starting to produce some stuff for us: 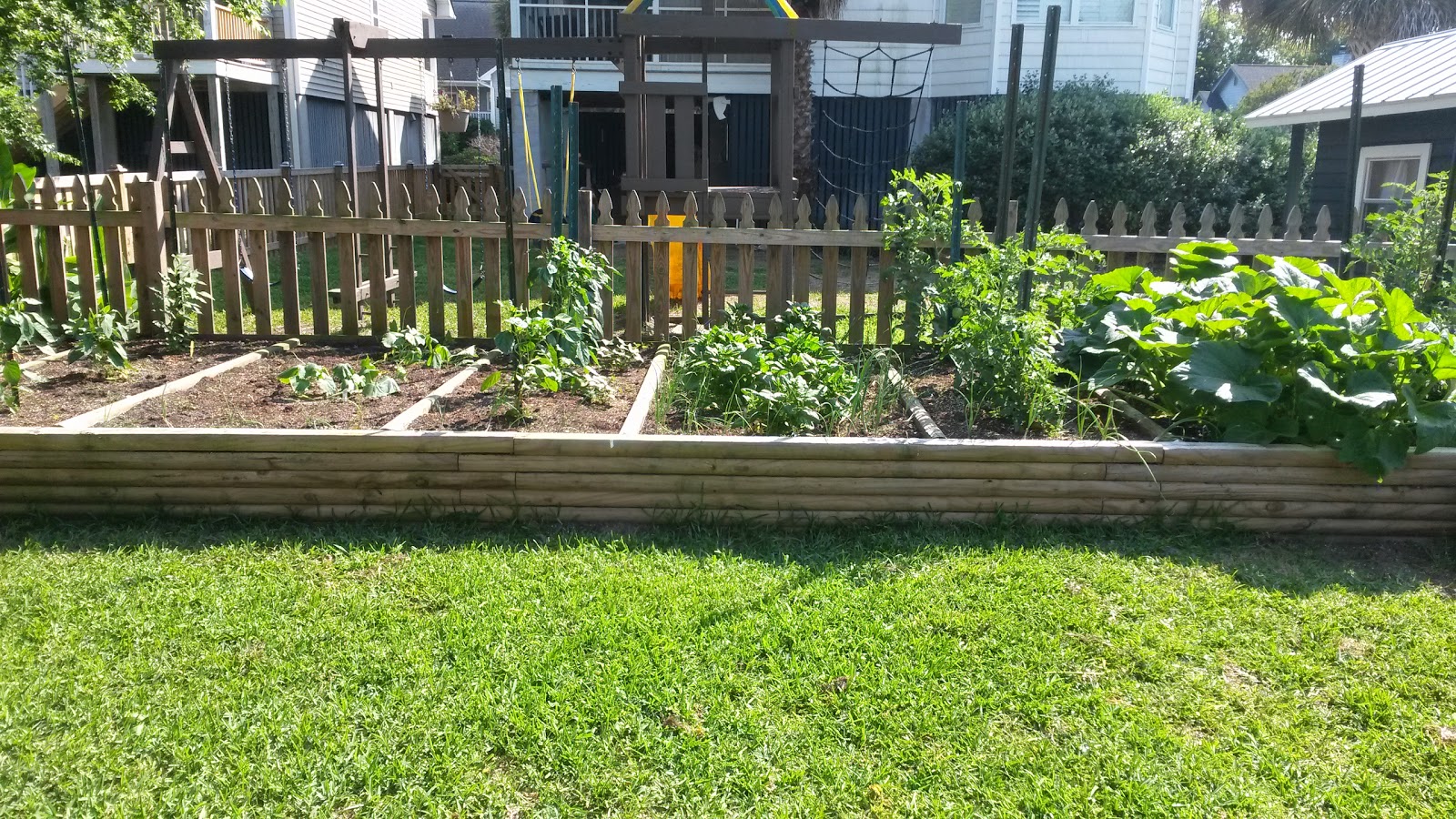 Andrew is very excited about the produce that's growing and can't wait to start picking stuff.  He saw the tomatoes and wanted to pick them right then and there. I had to convince him that we have to wait until they turn red: 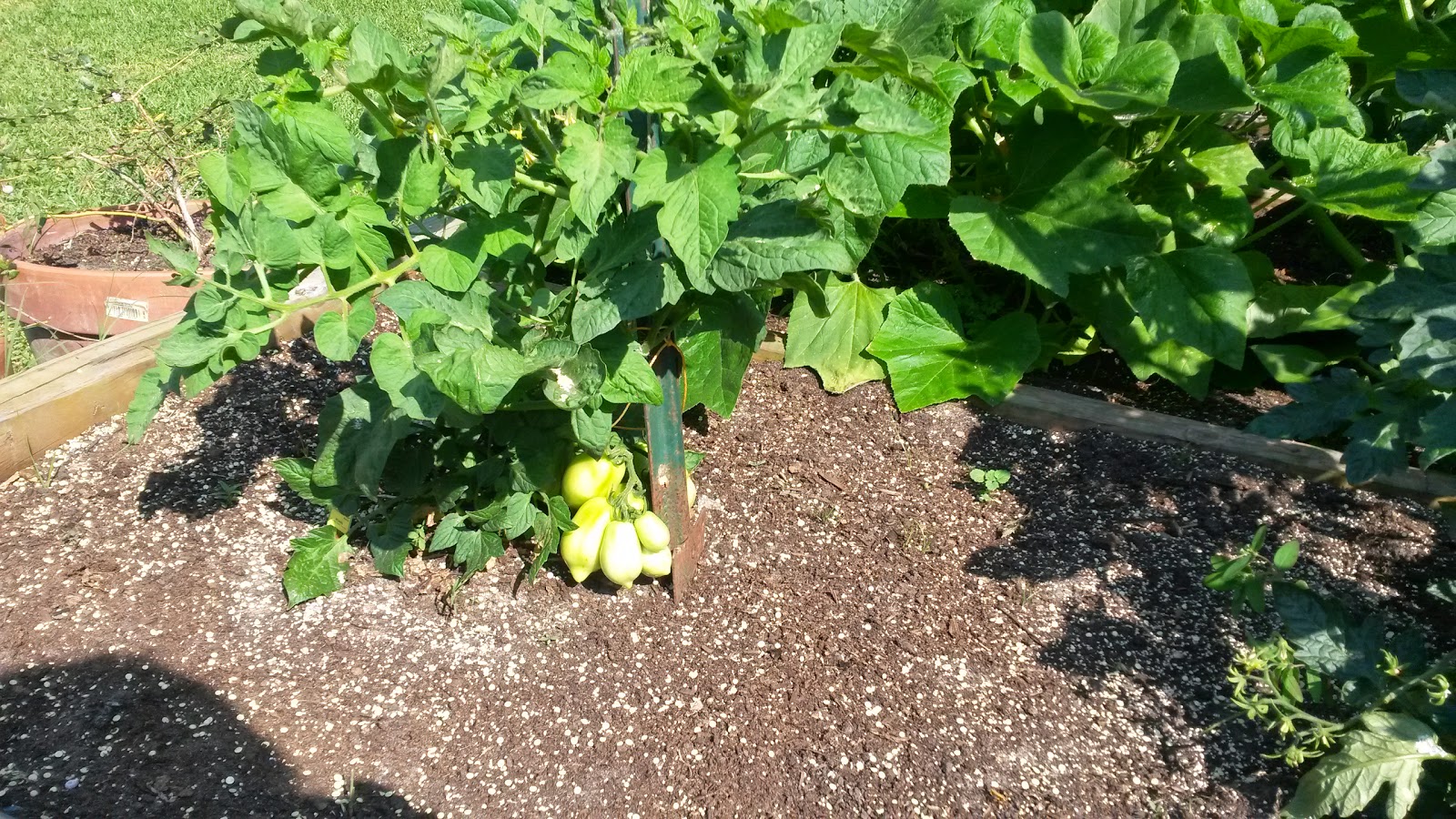 We're having some trouble with the squash and zucchini. The squash blossoms have been falling off and some of the ones that have actually grown have rotted before they are mature.  We seem to have this problem every other year or so: 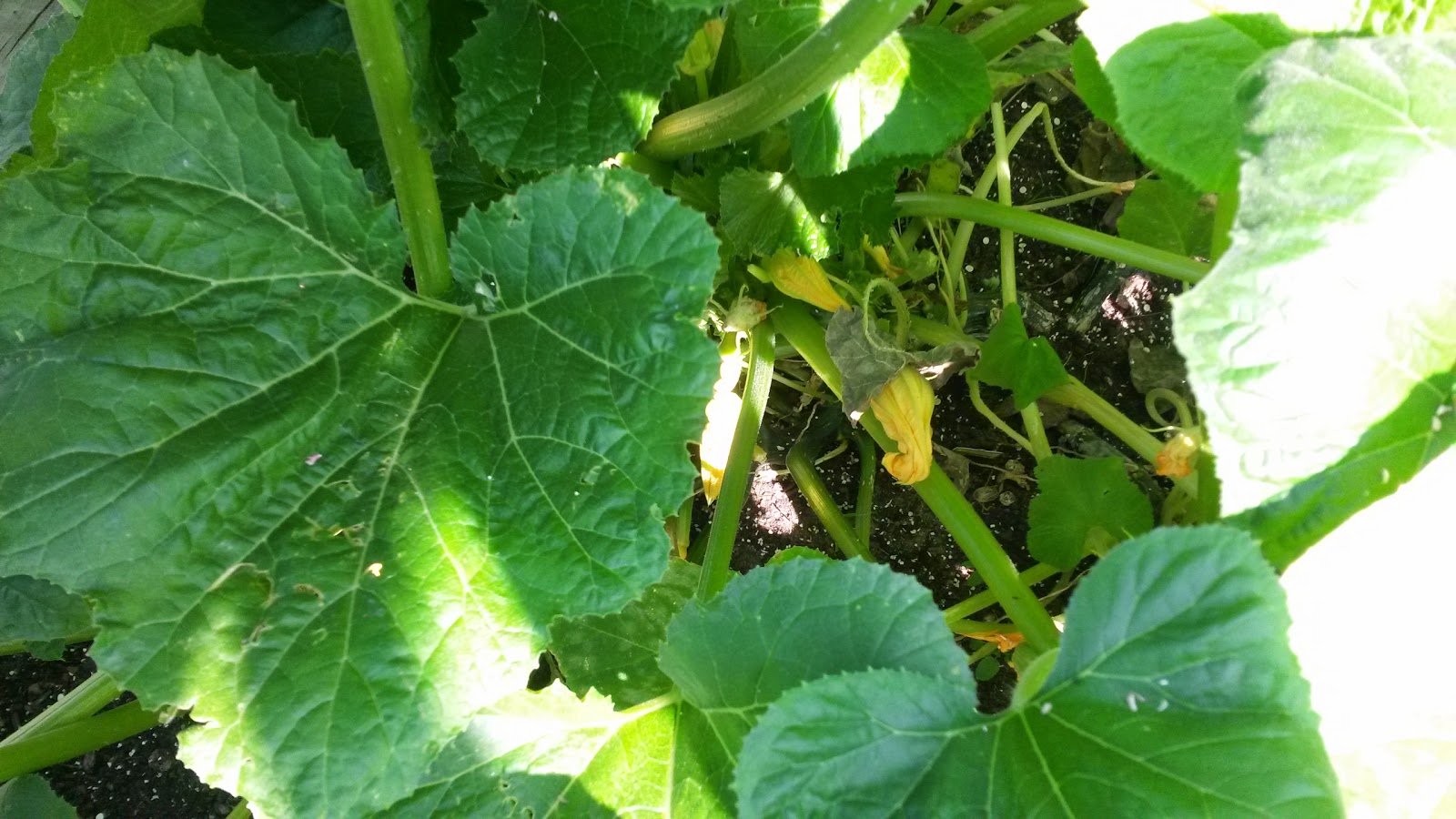 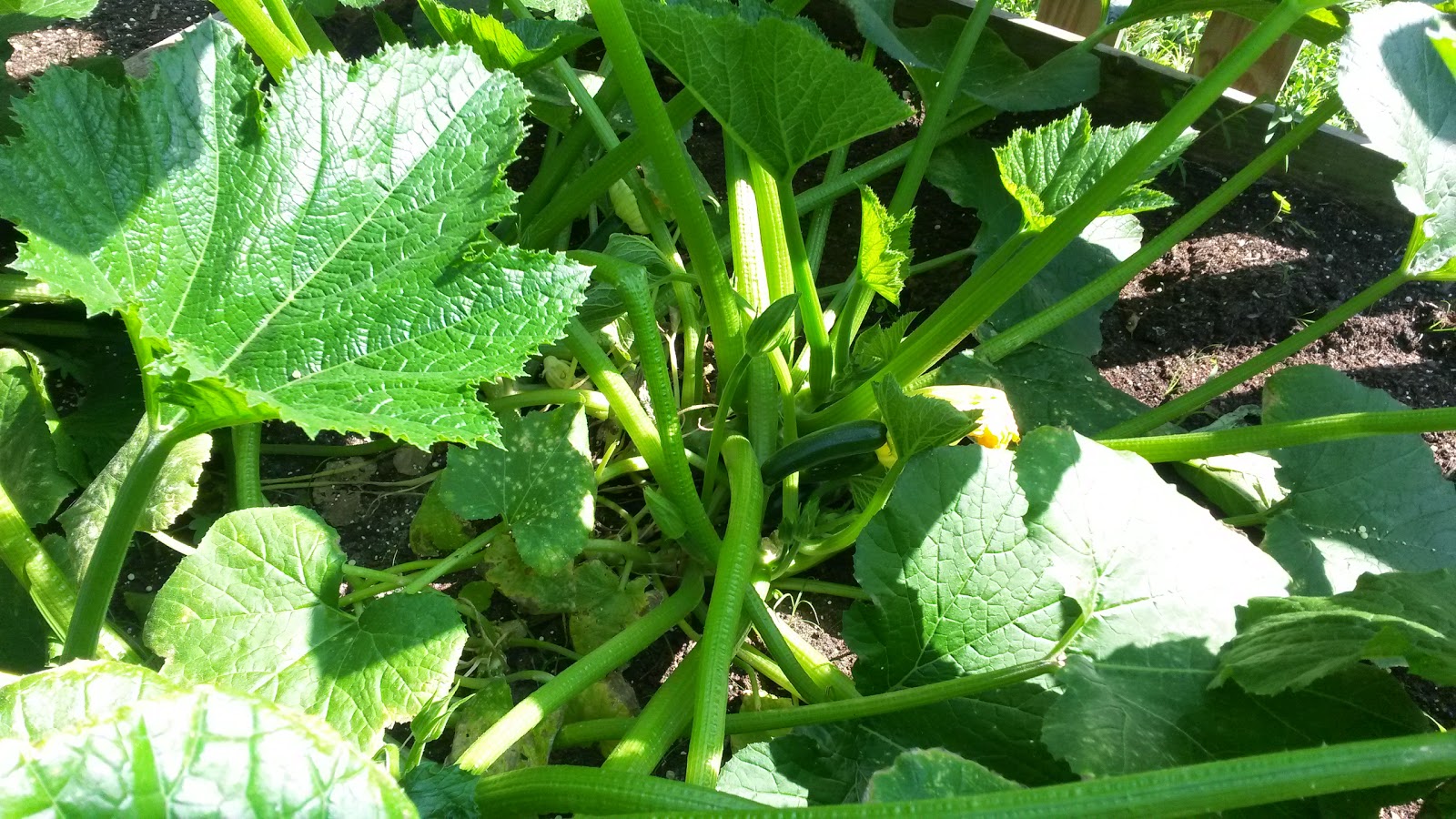 The spinach is doing awesome.  We've already used some of it (it's great in smoothies) and Andrew decided it's fun to run through the back yard flinging spinach leaves like confetti. Luckily we have more than enough to go around: 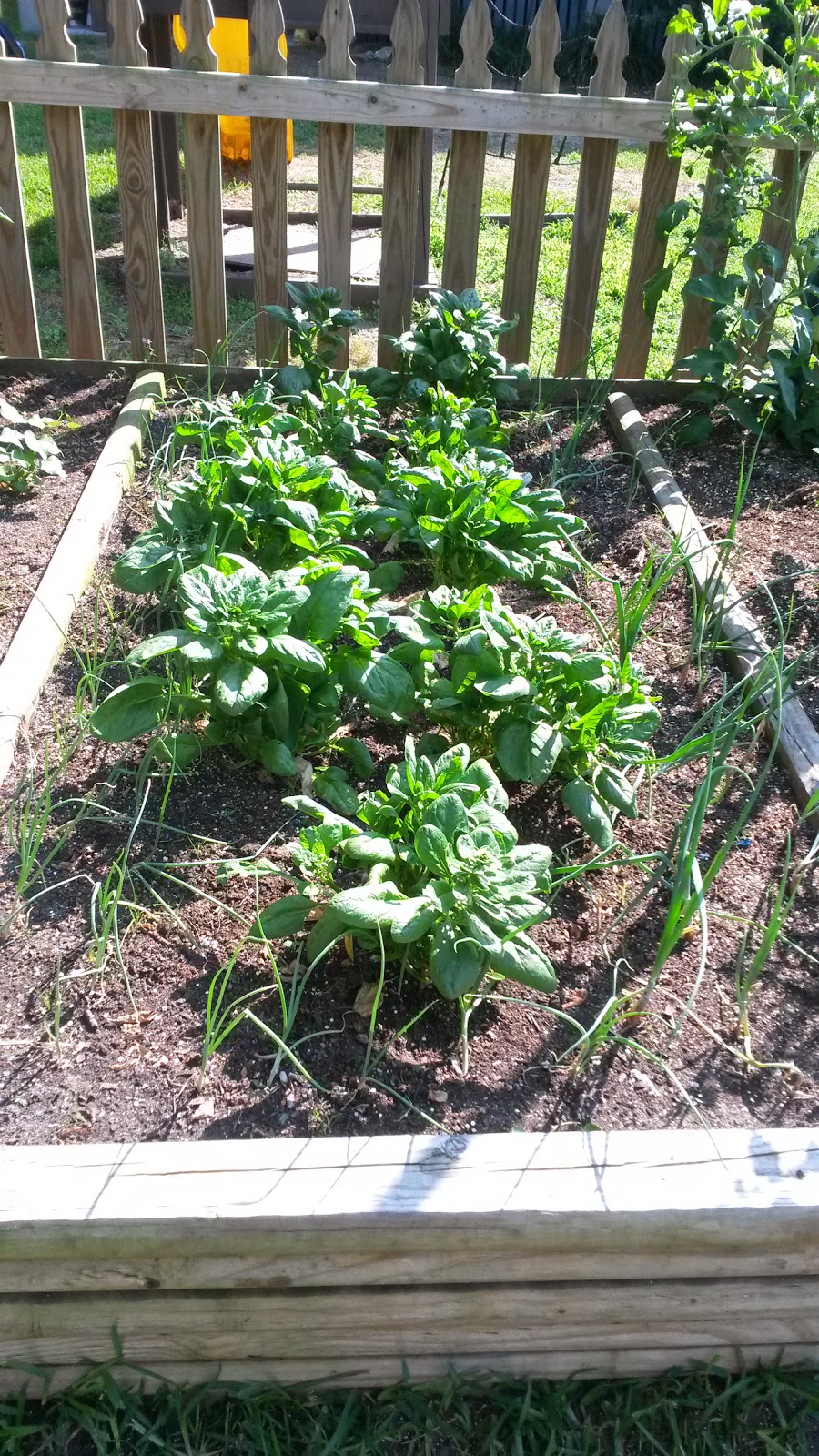 The bell peppers are starting to take off and there is actually one that looks like it's almost ready to be picked. I'll be so glad when they really start coming in so I can stop spending money on them at the store or the farmer's market: 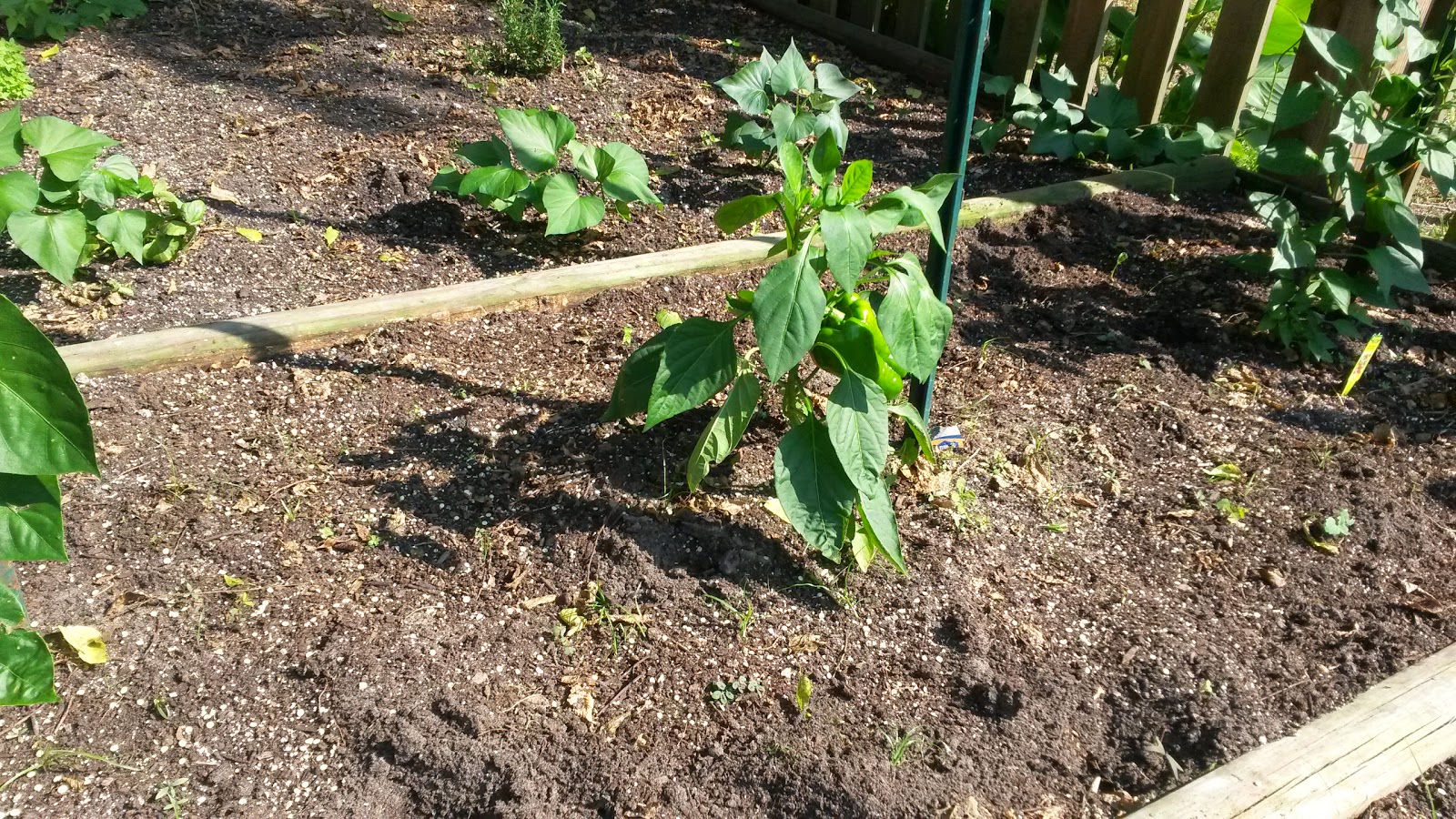 We're also trying sweet potatoes this year. I really hope they work because I love sweet potatoes (and I'm hoping I can get Elliot to start eating some).  There's also some basil and I think some rosemary in there. 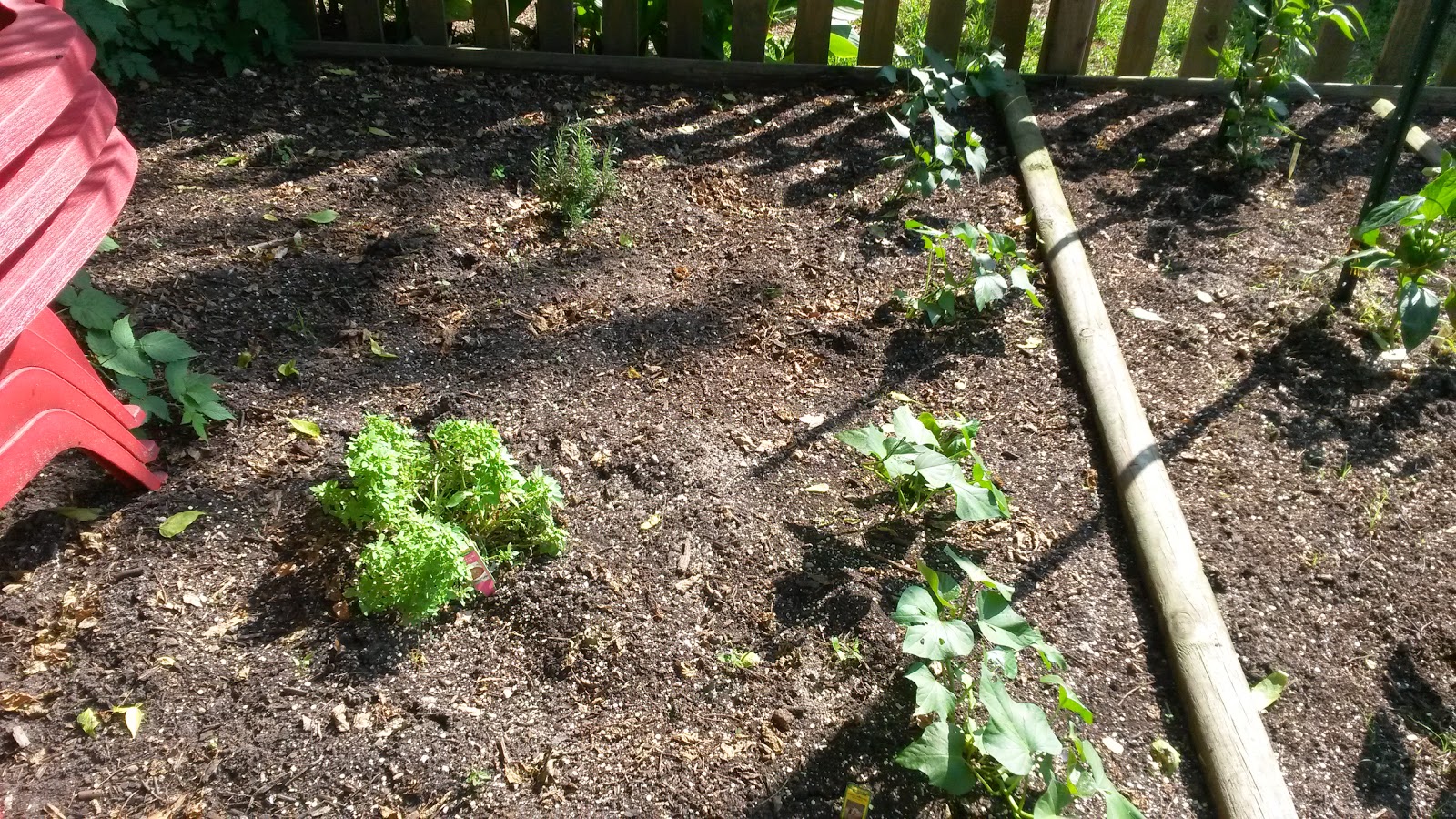 We also have some blueberry bushes in pots (that we need to plant somewhere) and there is the blackberry bush that kind of died off. I'm bummed about that one since I loved the blackberries for my oatmeal and/or smoothies.  Somehow the raspberry bush that I cut down last year when we moved the garden made a reappearance so we'll probably have some of those starting next year.

Here's hoping that over the next months we will have a plethora of fresh produce coming in from our garden - it's always best when you grow it yourself  :)