We (Finally) Have a Fence

After years of having to chase the dogs all over the neighborhood anytime they decide to haul ass when I let them out we finally have the back yard fenced in.  Well - most of the way at least.  We still have one section to finish after we figure out how to do the gate, but at least now I can corner them and head them off if someone walks by and distracts them. 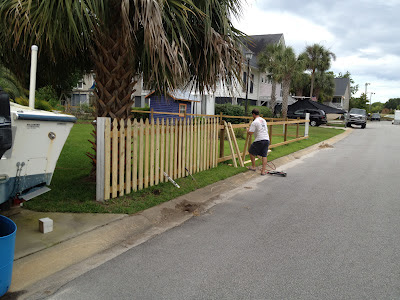 The posts and 2x4s had been up for a little while. I'm sure the neighbors were loving our "fence" for the last few weeks. 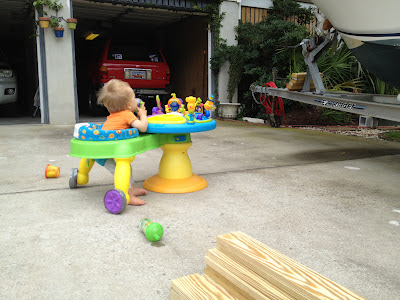 I had Andrew in the around-we-go in the driveway while I was marking the pickets.  I tried letting him crawl around and play but he kept crawling into the garage and/or under the boat. 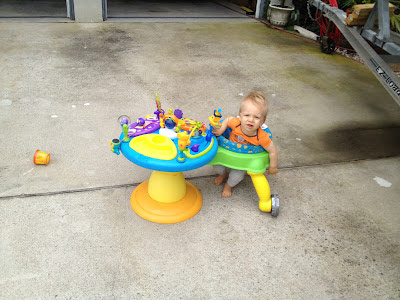 His patience wore thin after a while. 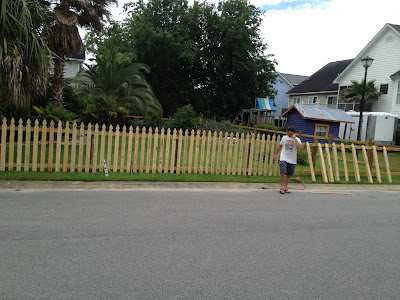 The section along the road was coming along nicely.  We have the corner lot so our back yard is along the road. Not the best thing with a mobile munchkin. 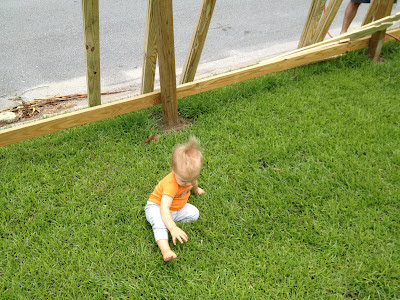 I set Andrew in the grass while I was fetching more pickets. 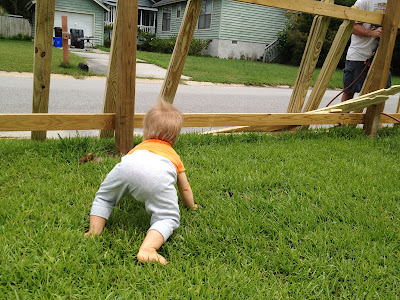 He was already trying to make his escape.  This is another reason we need a fence! 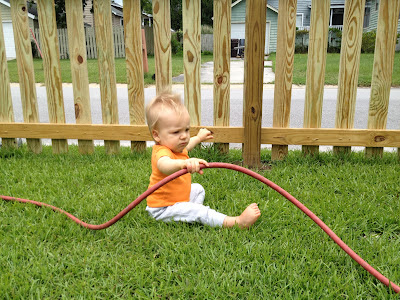 Entertaining himself playing with the air compressor hose for the nail gun. 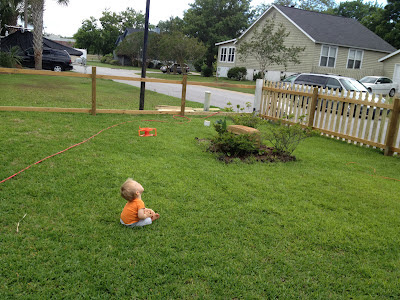 I moved him further from the edge and he started to have a meltdown. 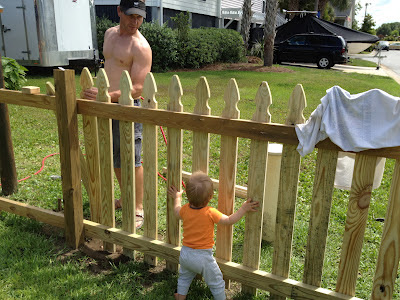 He started to realize that we were building him a big jail. 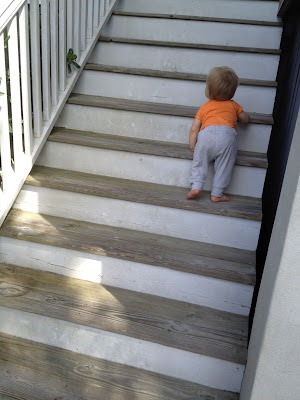 So he decided he'd had enough and it was time to go inside for some grub.  For a non walking little munchkin he can climb the stairs really quickly. 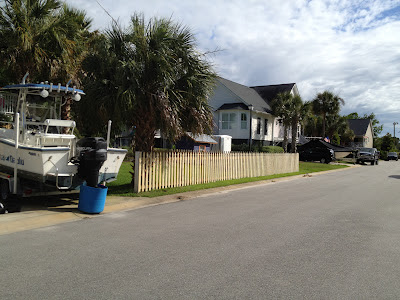 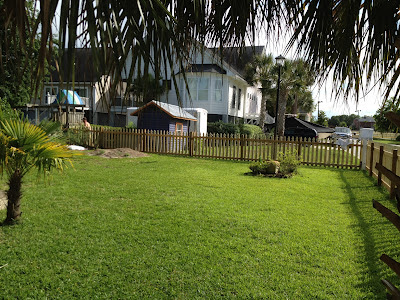 Some views of the (almost) finished fence.  Really not looking forward to painting it, but we might just give in and hire someone to do it.  I think it's going to wait until the fall though - it's already getting too damn hot to do it now.