Our first new year's eve as a family of three was very nice.  Our friends had a party at their house from 3:00 to 6:00 - complete with jump castle in the back yard for bigger kids and a countdown to the new year at 6:00. The neighbors probably thought we were insane when they heard us outside doing the countdown six hours early, but it was fun with the little kids blowing their bubbles and blaring their horns. 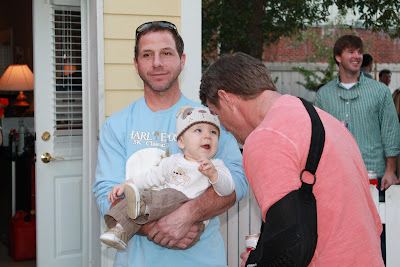 Andrew being entertained by our friend, Jay 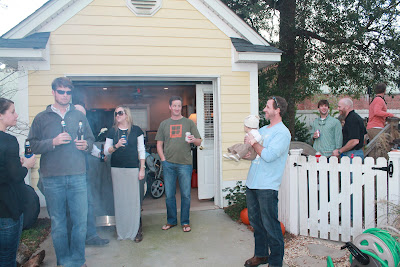 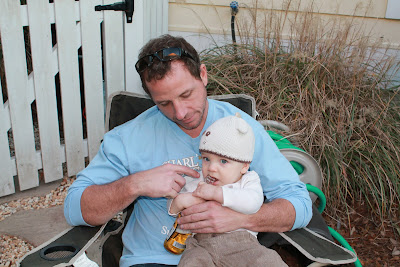 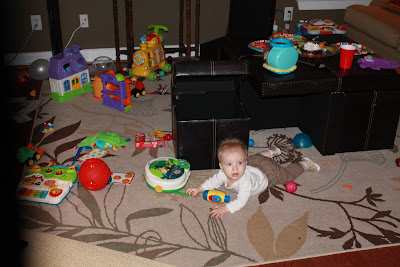 Andrew isn't the one that caused all of this destruction (just some of it!) 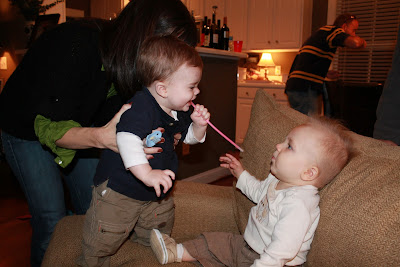 Evan and Andrew playing with a glowstick 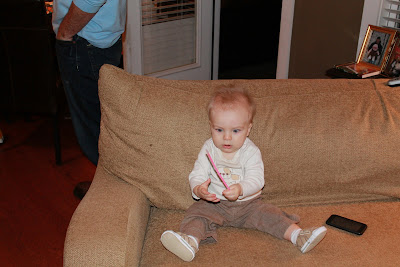 "Oooooh!  Glowstick!"
New years day we went out to Sullivan's Island to watch the polar bear plunge.  We didn't take part in it, although this would have been the year to do it since it was 70 degrees.  Instead we watched the crowds, met up with some friends we hadn't seen in a while, had a few beers, and enjoyed the day. 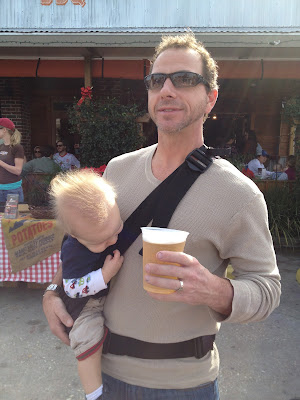 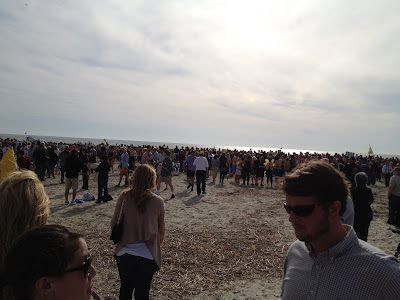 This was the biggest crowd that I had ever seen for the plunge. Everyone came out due to the nice weather and they raised about $50,000 for Special Olympics 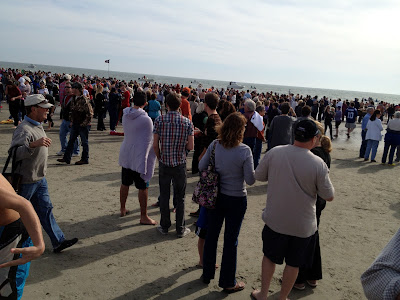 I wish I had gotten some pictures of some of the crazy costumes people were wearing
I left at 3:00 with the munchkin because it was past his naptime and I knew he wouldn't sleep with the crowds of people around. While we walked back to the car I thought he might pass out in the stroller. Then I looked down and saw this: 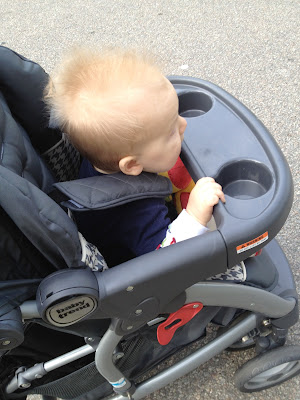 He was sitting forward, holding onto the tray and humming. I literally laughed out loud as we walked the rest of the way.
All in all I would say that it was a very nice new years and I can't wait to see what 2012 holds for the three of us.
Posted by kjw at 10:50 AM