Yesterday J picked up the munchkin from daycare since he got out early and it gave me a chance to hit the gym and get in a nice run.  When I walked in the house I saw J in the kitchen, but didn't notice Andrew.  I peeked around the corner figuring he was in his highchair. Nope.

Then I heard a giggle.

I walked around the counter to see Andrew happily playing on the floor with the kitchen rug.  He was apparently very amused by the non-skid mat that goes underneath it and kept picking it up and peering through the little holes.

J had some toys in there for him, but he was way more interested in the rug. 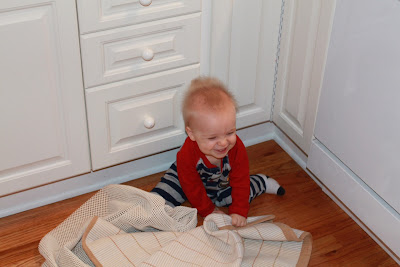 He thought this was hilarious 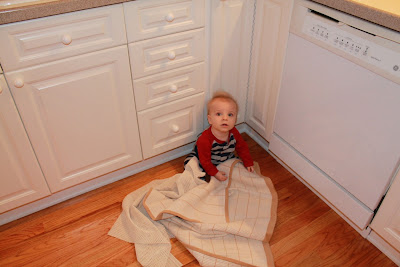 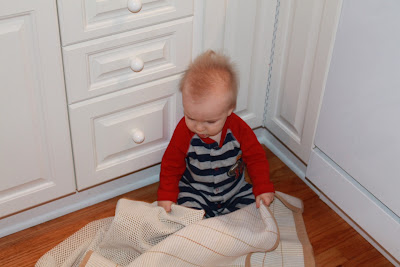 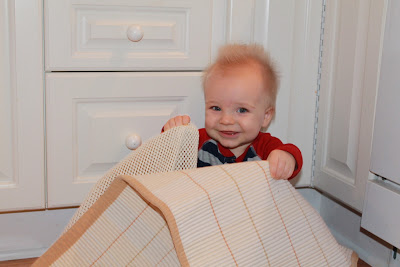 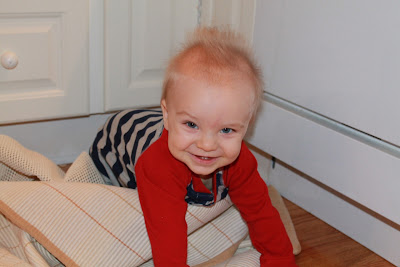 This little devilish grin is what tells me we are gonna be in so much trouble once he is up and in to everything!
Shortly after this he discovered something new - the drawers. Something tells me that in no time at all he will be pulling all of the kitchen towels out of that drawer. For now he is entertained just opening it and closing it.
﻿
Crazy little munchkin  :)
Posted by kjw at 8:47 AM