Made it past V-Day!

Yesterday I hit the 24 week mark, which people consider 'viability day'.  Meaning if this little guy decided to make an early appearance he would at least now have a chance to make it.  Having a pediatrician in the family I know that 24 weeks is still way too early and I'm praying he stays in much much longer, but at least I know the doctor's would try to save him now.

This past weekend we were up in Charlotte to spend some time with J's family since we will be with my family for Christmas.  It was a pleasant weekend, except after having the dogs in the house and the car the whole time my allergies kicked in to high gear. I am still sneezing and congested. Ugh.

We hung out with his parents, did a little last minute Christmas shopping for ourselves, went to visit some friends, and for the most part just relaxed.  The drive up was kind of uncomfortable (between my ribs, back, and bladder I do not enjoy long car trips at the moment), but it wasn't awful.  We got stuck in traffic for an hour on the way back yesterday, which my pregnant bladder was not amused by.

Oh, and when we got home last night our front door was wide open. Not just unlocked, but open about a foot and a half. And the packages that I had been hoping to get before we left were sitting in the foyer. What the hell?!?  If the UPS guy put them in there, then why the hell didn't he shut the door?  And why would he open the door in the first place?  Nothing was out of place and it didn't appear anyone had been in there, but it is still very unsettling. And since I am the one that locked the door this one is pretty much on me. Oops!

Anyway, here is some of what we bought this weekend: 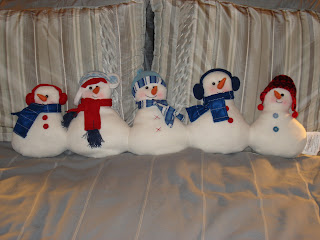 I thought this pillow was just too cute 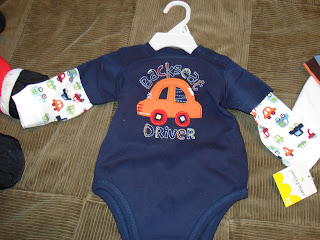 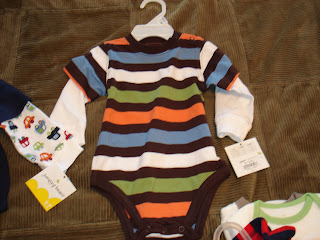 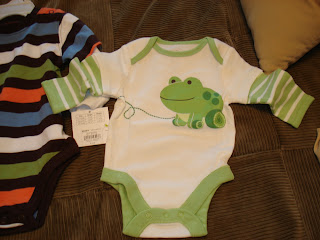 This is from Old Navy - kinda small, but it'll fit as a newborn 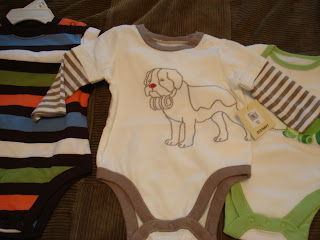 On clearance at Old Navy
Posted by kjw at 9:31 AM